Prioritise and invest on water security and clean drinking water

In order to adapt well and build resilience, it is important to strengthen water resources and their accessibility as part of climate change strategy 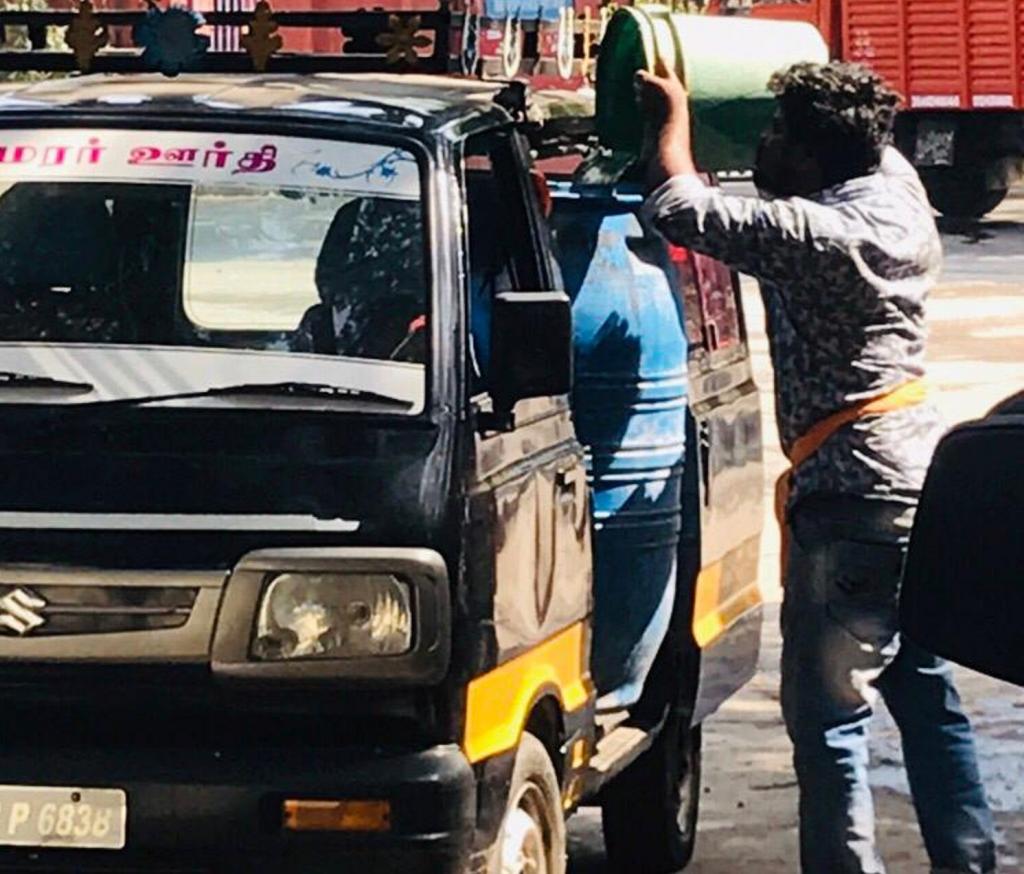 The water shortage in Chennai in 2019. Photo: Shivani Chaturvedi

While climate activists and world leaders were gathering in Paris in the first week of December 2015 to discuss the impact of climate change, the metropolis of Chennai in the southern corner of India was inundated with floods. The worst flood of the region in over 100 years took the lives of more than 300 people. And access to clean water eluded millions in the city.

The deluge in Chennai was quoted as evidence; a wake-up call to take action on climate change by world leaders. Four years later, Chennai has been in the news again, but this time due to its acute water shortages.

Poor rains and the systematic degradation and disappearance of lakes and tanks led to an absence of water storage, which led to the water scarcity that hit the city in the summer of 2019. Due to the lack of access to clean water for drinking and other essentials, restaurants and hotels were shut, schools and offices closed, and water was provided through tankers at exorbitant rates.

This time, it was a city going berserk for the want of water. Chennai is a classic example where poor urban planning and erratic rainfall have been meeting halfway to present either a perfect storm or the perfect drought scenario.

In times of emergencies, resilient water systems help communities to recover faster and cope better. Access to clean water for everyone, everywhere builds adaptation capacity and more climate-resilient communities. To ensure access to safe drinking water requires the recognition and management of the inherent trade-offs in the demand of water by agriculture, to support industries and to meet domestic requirements.

However, the first impact of extreme events and climate-induced changes is often on water cycles, impacting access to clean water by populations at large.

In order to reduce the number of communities that have to worry about water, resources must be strengthened and accessible for all. This is especially important for vulnerable populations who are being hit hardest by climate change.

Severe heat waves and prolonged droughts diminish the quality and availability of water. The 2018 report of The Lancet’s countdown on health and climate change estimated that the number of people exposed to heat waves in India increased by 40 million in five years from 2012 to 2016.

Droughts and high temperatures lead to algal blooms and concentrate chemical pollutants, increasing treatment costs. Worsening quality of water and the resultant requirement of expensive treatment make clean water less affordable to the people caught in the cycle of poverty.

Water stress makes women and girls wait long hours in queues near water points or walk many hours a day in search of drinking water. It is heartening that the Government of India has initiated the Jal Shakti Abhiyan (JSA) to facilitate people’s movement on water conservation, watershed development, afforestation and renovation of water bodies. The focus of this campaign is on the water-stressed districts.

Additionally, as part of the long-term plan, it aims to ensure access to clean water, with the government committing to provide piped water supply to all by 2024. It is important that these services are resilient to climate change.

Extreme weather events such as floods and cyclones have a far-reaching impact in compromising the sustainability of the infrastructure of water supply and affecting the quality of water. After the unprecedented heatwaves in central and South India, delayed monsoons eventually triggered a relay race of floods touching one state after another this year.

Starting with Assam, it was Maharashtra, Kerala, Bihar, Uttar Pradesh who faced floods this year, now Madhya Pradesh and Rajasthan are facing extreme rainfall and parts of Bihar are again flooded.

Adaptation to climate change is still an evolving area.  However, conservation of water resources and planning at the local level for water security in itself can lead to build a strong shield against the impacts of climate change.

As agriculture is the largest consumer of groundwater usage, one of the critical challenges is to lead towards suitable cropping pattern in water-stressed agricultural areas, through incentives, pricing or regulation apart from increasing the efficiency of water usage in irrigation.

Behaviour change and political will is also required for lifestyle changes in how much water is consumed by the middle class and the rich. Water security also requires policy environment facilitating recycling and reuse of waste water, deterring the pollution of water sources and more importantly, regulating unsustainable consumption in all industrial processes.

In the face of the climate crisis, we must accelerate the water campaign beyond water stressed districts to the entire country. Also, getting clean water through piped supply by 2024 requires people’s participation, preparedness and planning from the climate lens to make sure the services can be resilient to climate impacts.