Revenge of the rich

Trump's election reflects the anger of the rich who did not get richer. This inequity is also at the core of the climate change challenge

What does the ascension of Donald Trump to US presidency mean for climate change? Also, what does Trump mean for our inter-connected and by now highly globalised world?

Let’s discuss climate change first. As my colleague Chandra Bhushan argues so forcefully in this issue (see ‘Why the US should quit the Paris Agreement’), firstly, Trump is not the only climate denier in the US. All Republican nominees and even Democratic candidate Hillary Clinton avoided using the “C” word during the election campaign. But there is no doubt that President-elect Trump is of another shade of this grey. He denies climate change is happening, though recently he said to CNN that “humans have some connectivity” on climate change. He is certain that the US needs to dig more coal, build more power plants and do everything to ramp up production, which will increase greenhouse gas emissions. So, he is bad news for climate change. 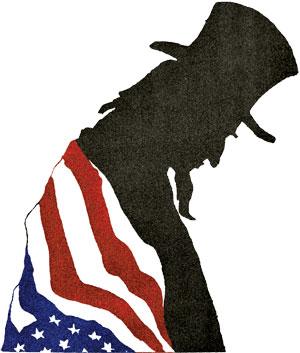 But this is not new. As Chandra Bhushan says, the US has invariably made the multilateral world change rules; reconfigure agreements, mostly to reduce it to the lowest common denominator, all to get its participation. Then when the world has a weak, worthless and meaningless deal, it will walk out of it. All this while, its powerful civil society and media will hammer in the point that the world needs to be accommodating and pragmatic. “Our Congress will not accept” is the refrain, essentially arguing that theirs is the only democracy in the world or certainly the only one that matters.

This happened in 1992, when in Rio, after much “accommodation” the agreement to combat climate change was whittled down, targets were removed and there was no agreed action. All this was done to bring the US on board. But it walked out. Then came the Kyoto Protocol, the first and only framework for action to reduce emissions. Here again, in December 1997, when climate change proponents Bill Clinton and Al Gore were in office, the agreement was reduced to nothingness—the compliance clause was removed, cheap emission reduction and loopholes were included. All to bring the US on board. Once again, they rejected it.

Then came Barack Obama and his welcome commitment to climate change actions. But what did the US do? It has made the world completely rewrite the climate agreement so that the targets, instead of being based on science and contribution of each country, are now based on voluntary action. Each country is allowed to set targets, based on what they can do and by when.

It has led to weak action, which will not keep the Planet’s temperature rise below 2oC, forget the guardrail of 1.5oC. This was done to please the Americans who said they would never sign a global agreement that binds them to actions or targets. Paris fatally and fundamentally erased historical responsibility of countries and reduced equity to insignificance. This was done because the US said this was the redline—nothing on equitable rights to the common atmospheric space could be acceptable. 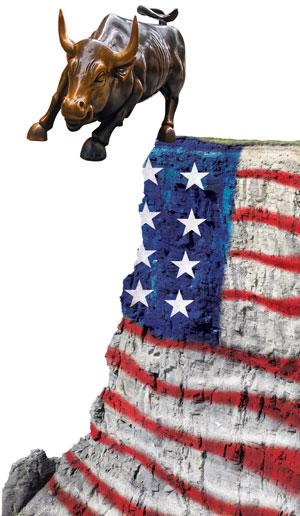 Also, the Centre of Science and Environment’s analysis of US climate change action plan in the report, Capitan America, showed that even under Obama the proposals were business as usual.

This is when the world tiptoed around equitable rights, was bent out of shape and scraped the bottom of the barrel. Now the US will even walk out of this. Chandra Bhushan, then, rightly asks: is it time we thought of a world agreement without the US?

Let’s now turn to what the Trump era means for globalisation. It was in the 1990s that the world stitched the global trade agreement and made rules for free, unfettered movement of goods. It wanted an interconnected world, where cheap labour could be used to enhance corporate profits. It got this. The two decades that followed saw the amazing rise of China as a provider of these goods; it also saw consumption increasing manifold. It was also in the 1990s that this same world agreed that there was a need to moderate economic globalisation so that climate change could be mitigated. This was ecological globalisation, its counter to economic globalisation. But it failed.

Trade won over climate; consumption won over emission control. The success of economic globalisation showed up in the balance sheet of emissions: the carbon dioxide (CO2) emissions of the rich who gobbled up these goods did not decrease and the CO2 emissions of the countries who manufactured these increased. The Planet was fried.

This is where we are today. We have Trump, who openly denies climate change and has won elections. A large majority stands with him. Calls for protectionism are growing in this already rich world. The UK’s Brexit vote is also a testimony to this anger. It is the revenge of the rich, who did not get richer. It is the revenge of the educated; the well-off who believe they are entitled to more and that this is being taken away from them by “others”. This is also a time when the already developed world, which has long exhausted its quota of the global atmospheric space, wants to burn more fossil fuel for its growth. It believes it is growth-deprived.

The key reason for all this is the fact that globalisation increased inequity. This is at the core of the problem today. This is also the core of climate change—ultimately, if emissions are linked to economic growth, then the question is how this growth will be shared between people and between nations. Economic and ecological globalisation are about making rules that benefit people and the Planet, not in ways that some get richer or that we blow up the Planet. This is what we need to work on in the present world. But this demands a change in the narrative. For too long, the two discussions on growth and climate change have been separated. For too long, we have been told that we cannot discuss the issues of equitable growth and equitable allocation of the carbon budget. This is what needs to change.

But for this, for once, let’s move beyond shadow-boxing. The election of Trump should teach us that the divisions are deep; the crisis is real. It is time to wake up. Otherwise, we will be in denial. And the climate deniers will have the last laugh.