Rising to the call of climate change 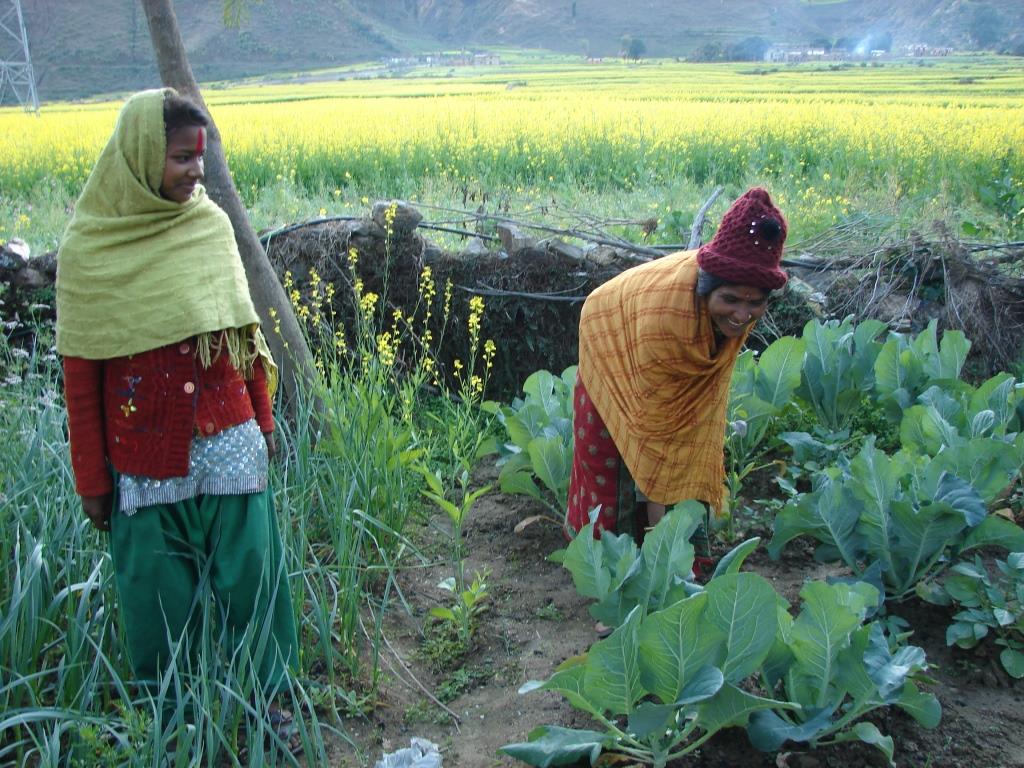 Climate change is real, a thing of the present, and extreme weather events have started to hurt the world around. India is in the grip of climate change too.

Cyclone Phalin in 2013 alone led to a loss of more than Rs. 20,000 crore. Cyclone Hudhud in 2014 is estimated to have caused damages of about Rs 1,00,000 crore and so did the 2014 Jammu & Kashmir floods.  The government of India estimates that expenditure on adaptation to climate variability exceeds 2.6 per cent of the GDP or about Rs 300,000 crore.  These costs will only rise with increasing frequency of extreme weather events.

In this dismal scenario, there are stories of change - of adaptation and response. Rising to the Call is a collection of some of these inspiring stories of change that, we hope, will inspire governments, policy-makers, legislators, mediapersons and others to take note of the resilience of individuals, communities and agencies that spearheaded this change, so that they can lead the change in their spheres of influence.

Some stories of successful adaptation presented in Rising to the Call

Lac gets a new life

Lac is a scarlet resin secreted by an insect that lives on trees. It is used as a natural dye in textiles, food and cosmetic industries.  Jharkhand is one of the largest producers of lac but had been witnessing a decline in its production due to rising temperatures.

In a bid to arrest the decreasing production of lac, scientists at the Indian Institute of Natural Resins and Gums (IINRG) in Ranchi zeroed in on the new host plant, the Semialata, which grows faster and better adapted to changing climate conditions. IINRG scientists have also added a few modern farming techniques that ensure better production on Semialata plants, thereby increasing the farmers’ profits. 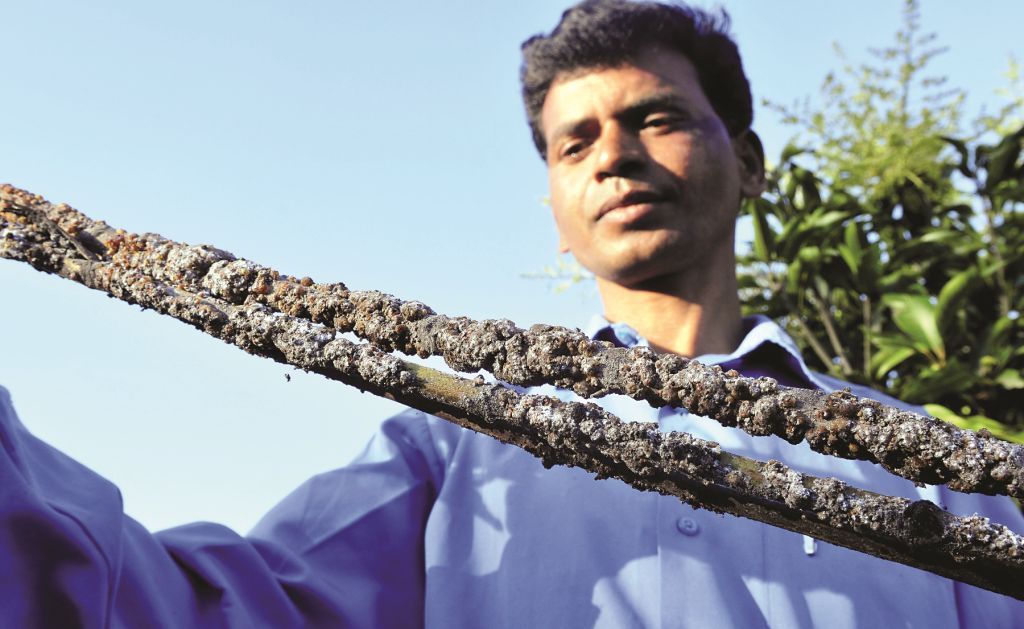 For many years, the water table in Punjab had been falling due to rice cultivation. Already at breaking point, Punjab’s water resources were being further stretched on account of varying weather conditions – lower number of rainy days, heavier precipitation, higher run-off and insufficient recharge of the water tables.

The common practice was to sow early-well before the rain–and use only ground water for irrigation. In 2008, after heated arguments and a long-drawn legislation process, the state government passed an ordinance which set dates for sowing and transplantation of paddy. The order was implemented, and as a result, dependence on ground water reduced leading to improvement in the water table. 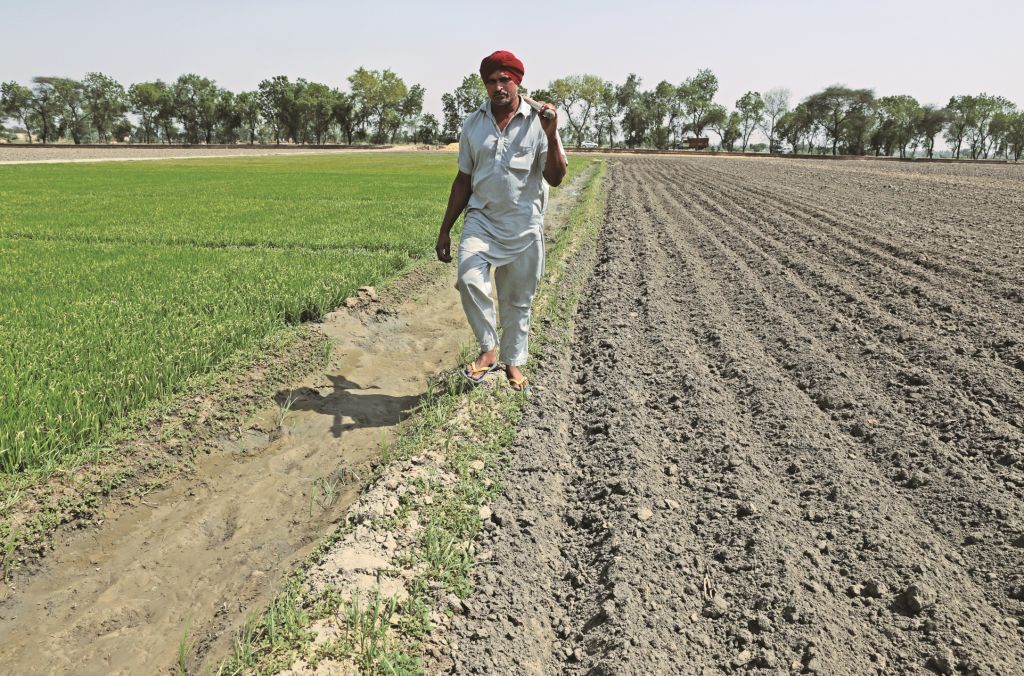 Village Biphur in Tonk district of Rajasthan was a typical water-scarce village which was facing increased frequency of droughts and inadequate water for drinking and agriculture in recent years.  A local NGO responded by introducing a water-harvesting strategy.

As part of the plan, wells were deepened and measures taken to increase absorption and recharge of ground water. The boundary walls of fields were raised, helping better absorption of water and stopping erosion of the fertile top soil. Feeder channels were dug to divert the water into a village pond which acted as a recharge point and provided water for livestock. These and other measures brought about a transformation for the village and seasonal migration rates came down drastically. 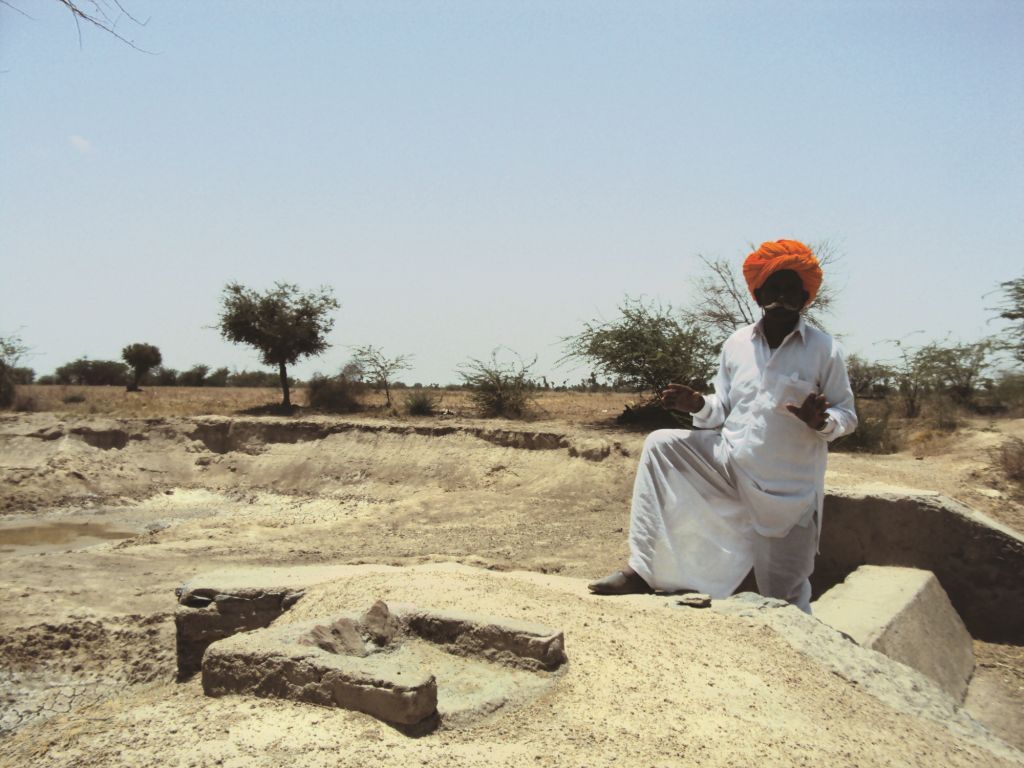 Read Rising to the Call for a large number of these inspiring stories which document the nature of climate variability, how it is affecting lives and livelihoods, and how communities are responding and adapting successfully to the changes.  For more information visit: http://www.cseindia.org/

(The article was first published in Southasiadisasters.net, issue 133 dated July 15)