Farmers are in a terrible situation, with no water for crops, livestock or drinking. If we dismiss this year as a freak weather year, we will never make the necessary corrections 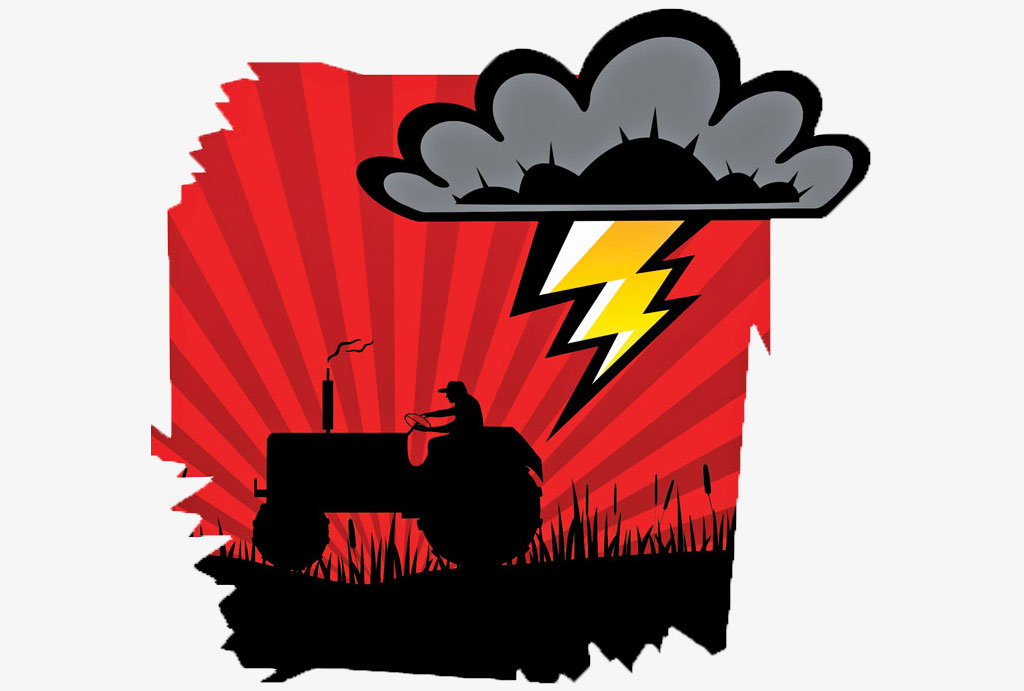 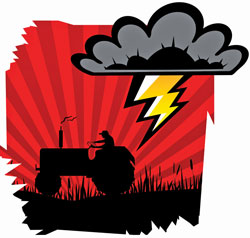 This is our season of despair. This year, it would seem, the gods have been most unkind to Indian farmers. Early in the year came the weird weather events, like hailstorms and freak and untimely rains that destroyed standing crops. Nobody knew what was happening. After all, each year we witness a natural weather phenomenon called the Western Disturbance, winds that emanate from the Mediterranean and travel eastward towards India. What was new this year was the sheer “freakiness” of these disturbances, which brought extreme rain with unusual frequency and intensity. More importantly, instead of “breaking” over the Himalayas, as these disturbances are prone to do, these winds with moisture travelled eastward towards Bengal and even southward towards Madhya Pradesh. Meteorologists were spooked.

And farmers, watching their standing crops destroyed before their eyes, were caught off guard. Their pain was palpable. My colleagues who went to understand what was happening in rural Uttar Pradesh after these events came back with tales of utter shock. Farmers were already caught in a spiral of debt because of the increasing cost of agriculture and now this. It was nothing less than carnage.

But this was only the beginning of the year, the first cropping season. Then came the whopper of a drought season, linked to El Niño—warming of the Pacific that gives the monsoon a fever. In many parts of the country, this would be the second or third or even the fourth consecutive monsoon failure. It is a terrible situation, with no water for crops, livestock or drinking in many parts.

The question is: will it end soon, or is it a beginning, a glimpse of what the future looks like? The answer to this question holds the difference between life and death, literally.

The fact is if we dismiss this season of despair as a freak year, then we will never put into place the corrections so desperately needed in a future that is even more risky and makes us even more vulnerable. Meteorologists will tell you that the weather is becoming more erratic, more confounding and definitely more devastating. Even if they hesitate to use the word “climate”, they will agree that something new is afoot. In other words, this is not just natural weather variability, but portends long-term changes.

So what do we do?

First, we need to invest big time in weather sciences. This is where our future security lies. Monsoon is our finance minister and it is not just capricious, but perhaps the most globalised Indian. We need to invest in the science of monsoons and weather forecasting. In the last budget, there was across-the-board cut in the money allocated to all scientific ministries. This means institutions following and learning the monsoon, like the Pune-based Indian Institute of Tropical Meteorology, could see as much as a 25-30 per cent reduction in their annual budget. This is short-sighted, if not downright foolish. We need to spend more, not less, on this lifeline science.

Second, we need to do much more to fix our agrarian crisis. It is clear that farmers are caught in a double bind. On the one hand, costs of all inputs, particularly labour and water, are increasing and on the other hand, there are controls on food prices. Our food pricing policy is built on the premise that we are a poor country, so consumers must be protected. But this means farmers—who are also consumers of food—are not paid remunerative prices for their product. And all the big talk about deregulation and ease of doing business never makes it to their fields. They are restrained in where they can sell; prices are artificially “fixed”; and when shortages grow, government rushes to buy from heavily subsidised global farms. This cannot go on.

Third, we need to plan for development knowing that weather will be more variable and more extreme. This means doing all that we know has to be done. There is no rocket science here. Build water and drainage infrastructure that can both hold water when there is excess rain and recharge groundwater when rain fails. Again, in this budget, the government has slashed investment in irrigation. We are not even using the optimal potential of rural employment to build water security. We have just not understood that in a climate-risked India, water has to be our obsession. Infrastructure—everything from cities and roads to ports and dams—must be built in a way that they are compliant with best environmental safeguards.

Fourth, knowing that building resilience and adapting to these changes is not enough, we need to vastly strengthen systems to compute farmers’ loss and pay for damage—quickly and properly. At present, our so-called crop insurance schemes are poorly designed and even more poorly executed. Once again, this cannot go on.

Let’s get our heads out of the sand and smell the wind. Only then can we stop the killing fields.