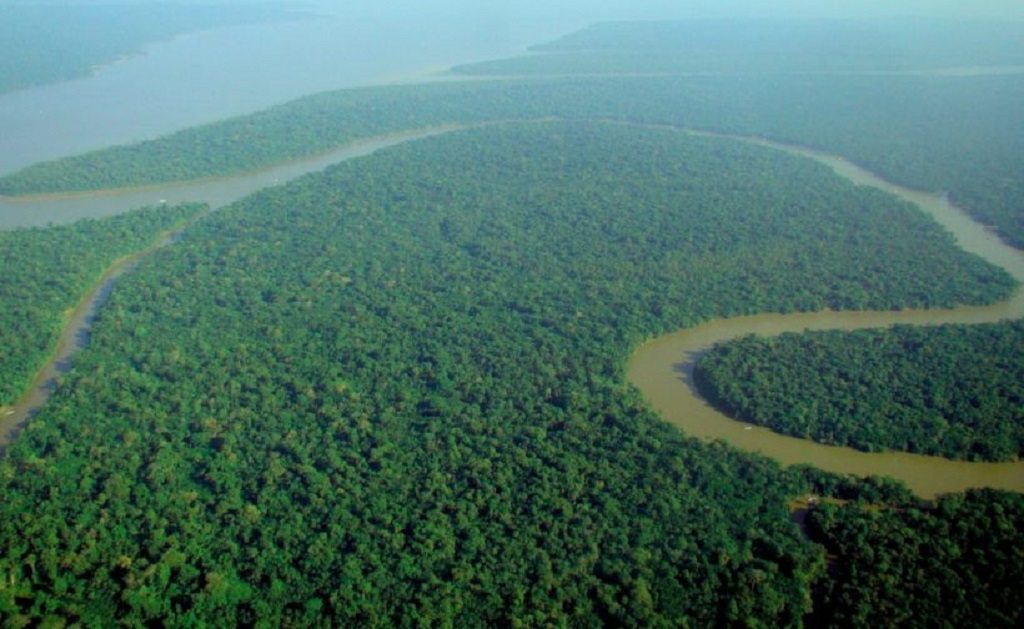 Major portions of the Amazon rainforest have shifted from a carbon sink to a carbon source. This shift has severe planet-wide negative implications.

Studies of the Amazon rainforest over the past decade have shown telltale signals of an impending shift from a carbon sink of heat-trapping gases to a source of greenhouse gases. It’s a dangerous shift that will destabilize the atmosphere of the entire planet. Alas, the dreaded shift has been confirmed via a laborious ten-year airborne detailed study.

The study shows the eastern Amazon rainforest has become a significant source of carbon emissions, competing with cars, trains, planes, and power plants. This travesty is officially confirmed via hundreds of aircraft vertical profiling measurements of the air above the rainforest over a period of nearly one decade. (Source: Amazonia As A Carbon Source Linked to Deforestation and Climate Change, Nature, July 14, 2021)

The implications of the world’s largest rainforest competing with human-generated greenhouse gases are alarming and foreboding of danger ahead, especially in consideration of current circumstances which guarantee further deterioration of the rainforest, thus putting at risk the world’s climate system.

Recent deforestation in Brazil’s Amazon rainforest is beyond the pale, up 22 per cent in one year at the highest level in nearly two decades. This according to Brazil’s National Space Research Institute, INPE. This is the third year in a row of increases under the Bolsonaro government.

In a remarkable coincidence of timing, in October of this year, on the doorstep of CoP26/Glasgow, INPE said deforestation registered the worst month of October on record.

Within two weeks, Brazil was a signatory to an international pledge at CoP26 to end deforestation by 2030. The world waits and watches to see if that promise is kept. Bolsonaro’s strong anti-environmental stance will be put to the test.

Marcio Astrini, head of the Climate Observatory that brings together environmental groups operating in Brazil, said: The latest figures were ‘the result of a persistent, planned and continuous effort to destroy environmental protection policies’ under the Bolsonaro administration. (Source: Brazil Amazon Deforestation Up 22 per cent in a year, 15-year record, Phys.org, November 19, 2021)

The aforementioned airborne study published in Nature found “a massive continental-size swath of tropical forest releasing more carbon dioxide than it accumulates, thanks to deforestation and fires,” Ibid.

It is the first-ever study to actually measure carbon dioxide in the air above the forest and not dependent upon estimates by models that rely upon imprecise measurements. The airborne measurements were taken in a descending column starting at 14,500 feet down to just under 1,000 feet. These measurements were reproduced every two weeks for a period of nine years to assure accuracy.

The analyses point to a convergence of factors behind the shift from carbon sink to carbon emitter, i.e., global warming, deforestation, and fire all happening in the eastern Amazon where the forest no longer takes up CO2. As a consequence, the temperatures across the southeastern Amazon have risen dramatically in comparison to the western part of the rainforest.

Luciana Gatti, senior researcher Brazilian National Institute for Space Research, the lead author of the study, stated: “The southeast is 28 percent deforested and has 24 percent precipitation loss, and the temperatures in August and September have changed 3.1 degrees. This is unbelievable in tropical latitude to have this kind of change in temperature. Is this a rainforest?”

Gatti is concerned that western Amazon will soon look like eastern because of pressure from logging, agriculture and mining, extending deeper into the forest.

Of utmost importance to life on the planet, the Amazon rainforest serves as the generator of “flying rivers” for the planet. The millions of trees work together like a “biotic pump” that releases water vapor into the air and circulates water and weather patterns throughout the globe.

Antonio Nobre (retired senior research scientist INPE) in an interview with National Public Radio described the invisible flying rivers of the rainforests: “Trees are like geysers acting as conduits that pump water vapor up into the sky. Transpiration is evaporation, but it’s evaporation of water that went through the tree,’ he says, ‘so this huge flow of vapor into the atmosphere is like an irrigation [system] upside down.’ That creates these immense, invisible flying rivers. ‘Rivers of rainfall,’ Nobre says. He points out that a calculation for the entire Amazon was done. ‘Twenty (20) billion tons of water evaporate per day’ in the region. To put that number into perspective, it is more water than what the Amazon River discharges into the Atlantic Ocean in one day.” (Source: Flying Rivers of the Amazon Rainforest – A Critical Rain Generator for the Planet, Pachamama Alliance, October 4, 2016)

As the “collapse phase” of the Amazon rainforest is underway an emerging worldview acknowledges the interconnectedness of all living things, as one of the most important roles for humans to act as caretaker and protector of natural systems. This new worldview is spreading like wildfire among the young, and it signals hope for humanity, assuming it can break through the veneer of neoliberal capitalism’s dicta of growth at any costs, trampling ecosystems along the way to riches for the few tacitly supported by right-wing charlatans that easily overpower very weak traditionalist national parties that are filled with pushovers.

This new emerging worldview is concentrated among the youngest, for example: (1) SustainUS, dismantling the political elite’s narrative and demanding “urgent climate action” (2) Youth Lawsuits in defense of climate to hold governments accountable, e.g., 21 young plaintiffs suing the US government over fossil fuel support (3) Uplift tackling “energy sacrifice zones” or millions of acres of federal land in the Southwest abused and polluted for energy extraction (4) University Divestment Campaigns with 133 schools divested from fossil fuels, including Stanford, Oxford, Cambridge, and Yale (5) Sunrise combining protest organizing and electoral organizing together into one strategy, for example, support of the Green New Deal and in support of 100% US renewable energy by 2030.

The insultingly anaemic response by nation / states to warnings by scientists at COP26 is indicative of a world order out of touch with an upside-down broken climate system that is in a perennial state of upheaval.

Only the youth can change this distortion of reality because only the youth recognize adult stupidity for what it truly is, a reality.

The story first appeared in pressenza.