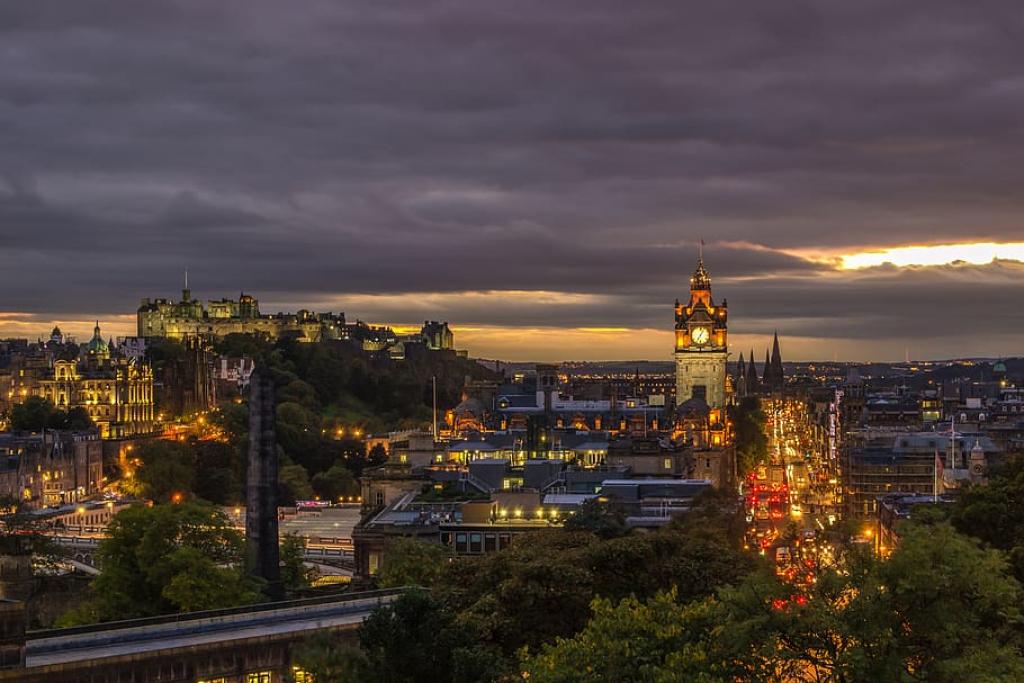 The 10-point plan by United Kingdom Prime Minister Boris Johnson promises to “build back greener”, provide 250,000 new jobs, mobilise new investments worth 12 billion, including four billion pounds of new money and potentially thrice as much from private investments by 2030.

Johnson believes the ‘Green Industrial Revolution’ would “allow the UK to forge ahead with eradicating its contribution to climate change by 2050”.

It is considered particularly crucial to the run up to the 26th session of the Conference of the Parties (CoP 26) to the United Nations Framework Convention on Climate Change summit in Glasgow in 2021.

This is, however, not a policy document, but a white paper that is still due to go through the legislature process to make the plan implementable. A ‘Hydrogen Strategy’ has also been promised.

The plan aims to ban petrol and diesel vehicles by 2030, provide 40 gigawatt offshore wind energy to power every home, make five gigawatt of hydrogen and produce the first hydrogen-powered town.

The new plan also targets to remove 10 mega tonnes of carbon dioxide via carbon capture and storage, as well as plant 30,000 hectares of trees every year. In addition, it aims to provide financial help for next generation of small and large nuclear reactors, therefore advancing nuclear power as a clean energy source.

But is this enough to attain net zero emissions by 2050?

There is some good news: The UK’s CO2 emissions fell by 3.9 per cent in 2019. According to an analysis by Carbon Brief, this brought the total reduction to 29 per cent over the past decade since 2010, even as the economy grew by a fifth.

Emissions from land use and forestry, however, are assumed to remain at the same level as in 2018.  Carbon emissions from coal fell by 80 per cent over the past decade, while those from gas were down 20 per cent and oil by 6 per cent.

However, to meet the UK’s carbon budgets, CO2 emissions would need to fall by another 31 per cent by 2030, whereas government projections expect just a 10 per cent cut based on current policies.

But there has been a historical policy gap between where the UK is heading versus where it needs to be on climate due to a lack of a credible attempt at a plan for years.

This can be attributed to the Brexit referendum and consequent policy chaos. This does not reflect well as hosts of CoP 26.

The latest government projections showed the gap grew larger; the current 2030 target was set on a path to cut 80 per cent greenhouse gases by 2050 rather than 100 per cent.

The Committee on Climate Change (CCC), the UK government’s official climate advisory body, said the country’s targets over the next decade were likely to be insufficient given the increased goal of reaching net-zero emissions by 2050. 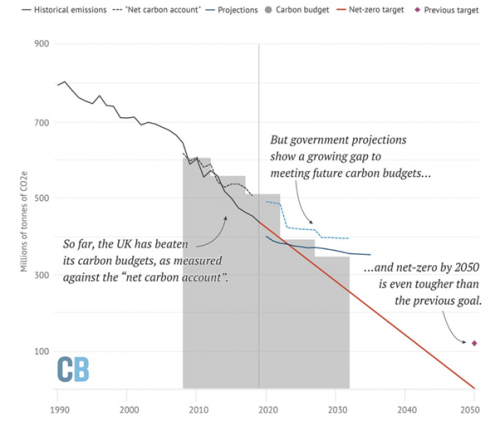 There is a growing gap between UK emissions and the target of net-zero by 2050. Government projections show the UK missing its fourth and fifth carbon budgets.

According to the think tank New Automotive, road transport is the single-largest contributor to the UK’s carbon emissions, yet little to no progress has been made to reduce transport emissions since 1990.

Banning the sale of new fossil fuel cars by 2030 would mean that two-thirds of the miles travelled by car in the UK would be in polluting passenger vehicles, rather than the even split between electric and fossil fuel “car miles” needed to meet the government’s interim climate targets.

This would be because the ban would still leave 21 million polluting passenger vehicles on the road by the end of the decade, compared with 31 million today.

Additionally, the CCC suggested the 2030 ban should be pared with a rising mandate for carmakers to sell zero emission vehicles. The plan does not currently address this. It also allows selling of hybrids until 2035.

The 40 GW of offshore wind by 2030 would supply half of the UK’s current demand. However, there would be big challenges to meeting this target, including the massive ramp up in the rate of commissioning 4 GW per year between 2025 and 2030. 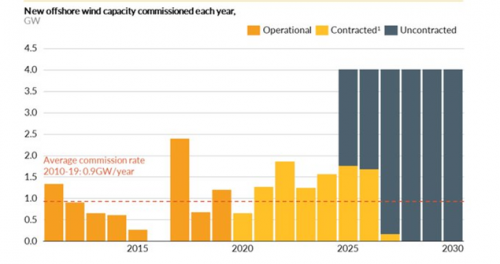 Meeting the 40 GW target will require 4 GW of offshore wind to be comissioned per year between 2025 and 2030. Source: Aurora Energy Research Low Carbon Contracts Company

The 10-point plan outlines an investment of 500 million pounds, of which 250 pounds would go into the production of new hydrogen production facilities aimed at producing 5 GW of it by 2030.

The focus is currently on ‘blue’ instead of ‘green’ hydrogen. An implementing strategy (the UK’s Hydrogen Strategy) will be released in the first quarter of 2021. The plan also targets installing 600,000 heat pumps per year by 2028, another way of heating homes without fossil fuels.

The current rate stands at 26,000, resulting in a 23-time increase. However, the CCC recommends 1.5 million heat pumps installations per year by 2030.

The UK government wants four clusters by 2030 to capture cumulative 10MtCO2 equating to 1-2MtCO2 / year in 2030 regarding Carbon Capture and Storage (CCS).

CCC recommends CCS as a necessity to meet their net zero emission targets at 75-150MtCO2 / year in 2050, which would require a major CO2 transport and storage infrastructure servicing.

The plan adds 200 million pounds to the existing 800 million, bringing the funding back to 1 billion pounds as promised by the UK government back in 2010.

In conclusion, it remains to be seen whether the government is prepared to spend enough or attract private investment to realise its ambitious goal of net zero carbon emissions by 2050.