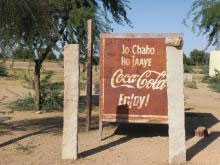 Reports of Prime Minister Narendra Modi talking about adding fruit juice to aerated beverages while inaugurating a food park at Tumkur, Karnataka was all over the media last week. While reading the news reports, I realised the need to write about it. Let us first understand what was being said. A review of the statement at the PMO website suggests that the prime minister had talked to few companies that make aerated beverages, such as Coca-Cola and Pepsi, about the possibility of adding five per cent natural fruit juice in their beverages. He had also discussed with certain government research institutes to see if addition of fruit juices in such beverages could lead to increased income of fruit growers and less wastage of fruits.

Clearly, the objective is to ensure a sustained market for fruits, increase consumption of fruits and decrease its wastage, leading to better income for fruit growers in India. It was certainly not about aerated beverages becoming healthier to drink. Though considering the popular perception that juice, no matter packed, is a healthier alternative than aerated (or carbonated) beverage or is equivalent to fresh fruits, there is some risk of it being perceived like that. I am writing to share my view on how the Indian beverage industry, dominated by multinational corporate giants, could possibly respond to the suggestion (if at all) and related probable effect on public health.

Scenario one – the option of adding natural fruit juice to existing aerated beverages. To me, this is a highly unlikely scenario. It is difficult to imagine big multinational beverage companies altering formulas of their popular carbonated drinks. There is no business sense in it. The risk of losing the market is too high for any such experiment (is what it is likely to be). As per media reports, some industry experts, though anonymously, have already expressed lack of feasibility of any such move.

Second scenario – the option of increasing the fruit content of the fruit or juice-based beverages. While this sounds possible and certainly not as impractical as first scenario, it still is far from being something that the industry would jump on to. There are several reasons for this, such as additional juice content would add to the cost and make such drinks more expensive. With growing concerns around the empty calories in sugar sweetened carbonated drinks, the industry will find it much harder to position its fruit-based drink as an alternative. Not that they are a good alternative in terms of offering a healthier drink. The other key reason is fundamental and similar to that of scenario one, that is why would a commercially driven organisation alter the composition its product unless there is a huge palpable merit in doing so?

So, then how can industry help (if it wants to) Indian fruit growers, keeping in mind what the prime minister has said. A third scenario could be replacing these sugar sweetened carbonated beverages with fruit-based drinks such as juice drinks or juices. While this would not require fundamental change to the extent of modifying the product, it is more about marketing and repositioning existing products. This appears to be somewhat closer to reality as the industry in its calibrated response to growing questions around junk foods has been strategically positioning that it is striving to make healthier food and beverages. The feasibility of this scenario may also need a boost from the government, meaning more taxes on sugary carbonated beverages to make them cost prohibitive. Or a contrary move on fruit-based drinks. So does this mean that the third scenario is something that the industry can opt for? Yes and no.

If yes, then at least theoretically, and keeping other variables neutral or favourable, it can help the Indian farmer and the objective gets fulfilled. However, it is likely to be at a huge cost of public health as the burden of diseases, such as obesity, diabetes and heart diseases is increasing and affecting children and adults in both urban and rural settings at a much accelerated pace than ever before. I say this because the key concern – high amount of sugar/calories linked with high incidence of such diseases—still remains. Let us see how.

The sugar/calorie content in most fruit-based drinks available is similar or even higher in some cases than commonly available sugar sweetened carbonated beverages.  For example, 11 gm of sugar is present per 100 ml of Coca-Cola or Pepsi whereas Slice, a product of Pepsico India, contains 15 gm and Maaza from Coca-Cola India has about 13 gm of it. Both are mango-based products. The situation does not change with fruit beverage products or juice drinks. For example, certain drinks of Tropicana and Minute Maid contain as much as 14-15 gm sugar per 100 ml. The situation is likely to be similar with several fruit-based beverages offered by any other Indian or multinational company.

What is the key take-away then? The packed fruit-based drinks and juices do not seem to offer a healthier solution as against the popular perception. The comparison has been made with sugar levels as the health risks from consuming high sugary drinks seem to outweigh the benefits from packaged fruit-based drinks. The original problem of high sugar content remains, irrespective of whatever nutrients any such packaged drink claims to offer. This is something that has also been endorsed by a paediatric medical expert with whom I was discussing this and who always recommends fresh fruits and not packaged fruit-based drinks in her practice. This trend can also be seen across practicing medical community.

A careful look makes the third scenario far from a win-win situation for Indian consumer as well as producer. An alternative, such as distributing fruits to children in schools, could perhaps help both parties.