A pact to choke

To join the RCEP, a major regional trade bloc, India is making huge concessions without getting anything significant in return 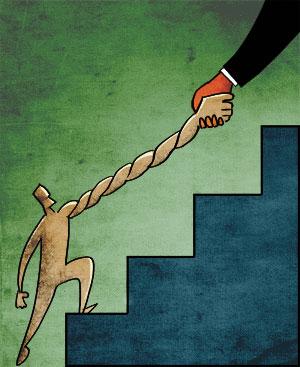 Those who belong to clubs, the experienced ones, know that membership is usually a toss-up between prestige and perks. And, of course, there’s the tricky question of balancing the fee with the benefits that accrue. Sometimes, it turns out that the facilities are not what they are cracked up to be; in other cases, the hidden costs may be more than ones budgeted for.

India is finding itself in the same quandary as it negotiates for a membership of the Regional Comprehensive Economic Partnership (RCEP), the largest trade bloc in its vicinity. RCEP is a club it wants to join desperately. Excluded from recently-formed mega trade blocs such as the Trans Pacific Partnership, RCEP offers entry into a major grouping vital to India’s economic interests. But the costs of membership are proving steep, and more than it had bargained for.

Slashed tariffs is the biggest price it will be paying to be part of RCEP, which clubs the 10 ASEAN (Association of Southeast Asian Nations) nations and six other countries with which ASEAN has Free Trade Agreements (FTAs). India has now agreed to tariff cuts across the board for all 16 member-countries, instead of the graded three-tier tariff reduction plan it had been lobbying to protect vulnerable segments of its economy and industry. This change of strategy, it is learned, came about under pressure from Japan and China. Earlier, New Delhi had offered 80 per cent cut in tariffs to ASEAN countries, 65 per cent to South Korea and Japan with whom it has FTAs and 42.5 per cent to China, Australia and New Zealand with which it does not have FTAs.

By making this huge concession, India is hoping there will be reciprocal liberalisation in trade-in services which are of vital interest to India. But analysts find little signs of any loosening up of barriers in the services sector in the 14 rounds of negotiations that have taken place since 2012. Instead, the tariff cuts will be a huge setback to the domestic industry since it will mostly benefit China, a country that already enjoys a massive balance of trade in its favour.

Among the worst-hit will be the dairy sector. Major dairy producers like New Zealand and Australia have huge surpluses for export that will undermine our small cattle farmers who have made India the world’s largest milk producer. If milk and dairy items from these countries flood India, it will be a disaster for the 75 million households with small landholdings who depend on this sector for their livelihoods. The irony is that while Narendra Modi beats the Make-in-India drum ceaselessly, his government is yielding to pressure from his allies—he calls Japanese Premier Shinzo Abe his close friend—to accede to measures that undermine India’s manufacturing sector.

India has been bending over backwards to get into RCEP since it clearly needs to be part of the powerful trade platform. But is it getting much in return? Clearly not. The Hindu Business Line quoted an unnamed official of the Union Ministry of Commerce as saying, “We are kind of desperate, because there has been little in return for the flexibility India has shown. The offers in services in trade have been inconsequential.”

This reflects poorly on India’s negotiating skills that were once held in high regard. When Pascal Lamy headed the World Trade Organization (WTO), he told this columnist that China had learned its skills in negotiating entry into the WTO from India. Those glory days, if indeed true, have clearly ended. In May, Union Minister of Commerce, Nirmala Sitharaman complained of India facing ªsledgingº at RCEP negotiations. Sledging, a term borrowed from cricket, is verbal intimidation used by opponents to bully a player. If we can take it in our stride on the cricket field, why not at the trade table?