Antimicrobial resistance has a huge economic impact too

An additional 24 million people, most of them in poor countries, will be forced into poverty by 2030 due to costs of hospital visits arising out of antibiotic resistance, says the World Bank 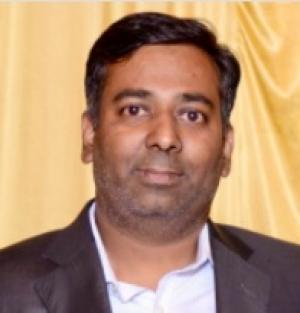 Antibiotics are key interventions to prevent and control infectious diseases. Access to antibiotics is critically linked to health security.

However, diminishing antimicrobial effectiveness — antimicrobial resistance (AMR) — represents one of the greatest threats to human health. AMR occurs where a microorganism, previously sensitive to an antibiotic, develops resistance, rendering it ineffective.

Though development of resistance is an evolutionary process and is a critical survival mechanism for pathogens, this natural process is accelerated due to the presence of antibiotics leading to the elimination of sensitive microorganisms by the resistant ones.

There is sufficient evidence that suggests that an association exists between antibiotic consumption and the subsequent development of bacterial resistance at both the individual and community levels.

A 2015 report by US-based Center for Disease Dynamics, Economics and & Policy titled The State of the World’s Antibiotics suggested two trends that contribute to a global scale-up in antibiotic consumption.

A study published in The Lancet Infectious Diseases in August 2014 reported that BRICS countries — Brazil, Russia, India, China and South Africa — consumed 76 per cent of the overall increase in global antibiotic consumption between 2000 and 2010, of which 23 per cent was attributed to India.

Of the total medicine sales worth $12.6 billion in India between 2013 and 2014, antimicrobials contributed to around 16.8 per cent. A significant proportion of these sales were made through out of pocket (OoP) expenditures in the absence of universal health coverage and financial risk protection mechanisms.

India faces a complex situation. On one hand, there is excessive use of newer generation of antibiotics in urban areas and in the private sector, which is potentially leading to AMR.

On the other hand, there is poor access to antibiotics in rural areas leading to avoidable morbidity and premature mortality. Marcella Alsan of Stanford University and lead author of a study published in The Lancet Infectious Diseases in July 2015 has demonstrated that OoP health expenditures were strongly correlated with antimicrobial resistance in low-income and middle-income countries.

The explanation to this lies in the consumer theory — which predicts that raising the price, via high OoP expenditure or high co-payment for public service —will shift more consumers towards the private sector.

Estimates suggest per capita antibiotic consumption in India increased by around 22 per cent between 2012 and 2016.

Though antibiotic consumption rates in India are still lower as compared to Europe, there is increasing use of newer class of antibiotics such as carbapenems, third generation cephalosporins and penicillins with beta-lactamase inhibitors.

A study published in The Lancet on February 12, 2005, says there are higher rates of antibiotic resistance in countries with high per capita antibiotic consumption. In India, which is one of the top consumers of antibiotics, the AMR data highlights this grim situation. 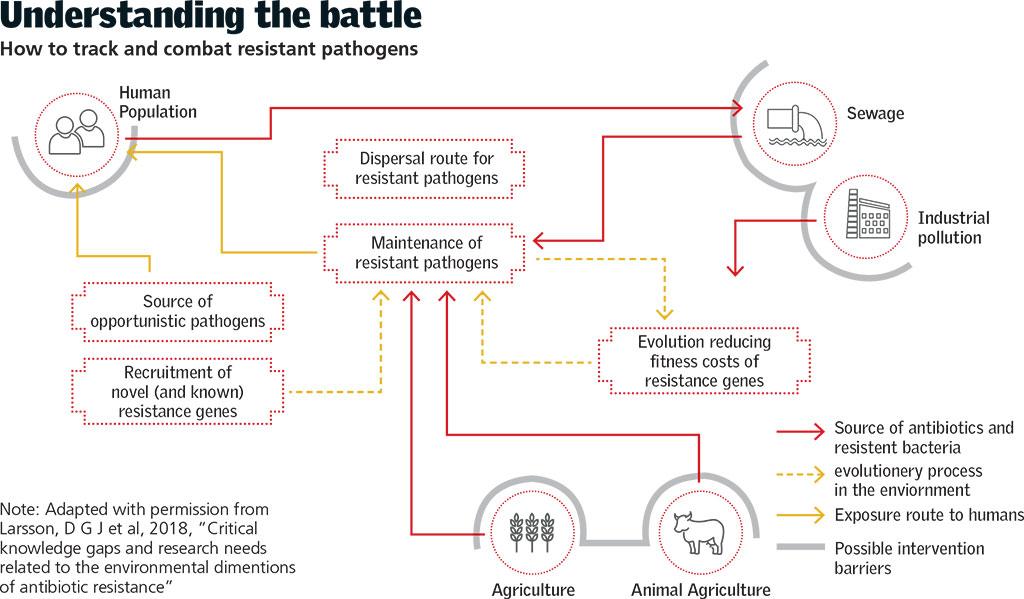 These strains were highly resistant to all antibiotics except to tigecycline and colistin.

Though The Lancet 2005 study demonstrated a correlation between higher rates of antibiotic resistance in countries with high per capita antibiotic consumption, there are uncertainties about the nature of resistance — temporary or permanent.

This could be due to possible causal pathways and the magnitude of resistance over time and the impact of reducing the use of antibiotics on resistance rates.

The correlation between antibiotic consumption and resistance rates are confounded not only by multiple pathways of interaction between environment, microorganisms and human beings, but also by prevalence and transferability of resistance coding genes in the pathogens.

This loss of antimicrobial efficacy has become a major health security threat, not only because of high treatment costs for resistant infections, but also because of limited access to topline antibiotics.

The situation of AMR is further compounded by the fact that manufacturers have an almost empty pipeline of new antibiotics. The number of antimicrobial agents approved by the Food and Drug Administration steadily dropped to just three between 2008 and 2012 from 16 between 1983 and 1987.

So antibiotics can be considered as a classic case of “tragedy of commons” — when individuals spoil a shared resource for their self-interest.

Moreover, AMR attributable morbidity of the non-productive members in the family of the labour force may lead to reduced labour supply on account of care provided by family members to their loved ones.

This negative impact on the labour supply can be measured in monetary terms as economic implications of AMR on the global economy.

In simple terms, the increased direct healthcare cost on account of AMR can be measured as costs associated with additional investigations, additional treatments and longer hospital stay.

Other indirect costs would include people not engaging in economic activities by taking longer time off work, reduced quality of life and greater likelihood of death. These can be summarised as the impacts of AMR on society at large — both health and economic.

Studies suggest that in the European Union alone, the additional burden of AMR is in the range of 2.5 million hospital days, 25,000 deaths and economic losses of 1.5 billion Euros due to extra healthcare costs and productivity losses.

A review commissioned by the British Prime Minister’s office on antimicrobial resistance highlighted that up to 10 million lives per year could be lost by 2050 — up from 0.7 million estimated deaths presently occurring worldwide.

Cumulatively, $100 trillion of economic output is at risk (in some scenarios) due to the rise of drug-resistant infections. A review on estimating the burden of AMR found significant impacts from resistance.

Excess healthcare system costs ranged from non-significance to $1 billion per year, while the economic burden ranged from $21,832 per case to over $3 trillion in gross domestic product loss.

A World Bank report suggests that the impacts of AMR on poverty are particularly concerning. In the high AMR-impact scenario, an additional 24 million people would be forced into extreme poverty by 2030 and unfortunately, most of the increase would occur in low-income countries.

The economic impact of increasing AMR rates is now on the top of the global agenda, not only because of health security threats but also because of severe economic consequences.

The 68th World Health Assembly endorsed the Global Action Plan on Antimicrobial Resistance (GAP-AMR) in May 2015, which urged member states to align their National Action Plans on AMR with GAP-AMR by May 2017.

The high-level meeting on AMR at the United Nations General Assembly on September 21, 2016, has further strengthened the global commitment to address the problem of AMR.

A recent review of the global AMR agenda highlighted the progress in public awareness about AMR, restriction on the use of antibiotics in agriculture, surveillance of AMR and international cooperation.

However, three areas where progress is disappointing are the introduction of market entry rewards to incentivise the development of antibiotics; vaccines against critical new pathogens and, affordable key point-of-care diagnostics.