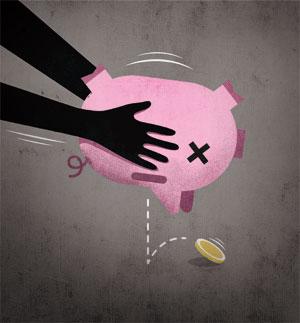 In India, we often wonder why the hard-working employed population lives in poverty. This is more pronounced among daily wage labourers and those employed in the informal sector. A significant percentage of India’s poor are, in fact, employed even though they might not have regular jobs. With unemployment turning out to be a big challenge for the government currently, and rural areas in distress due to agriculture’s all-time-low economic returns, India has started debating employment seriously.

Problem is, our discussions usually centre around two solutions: create jobs through government spending on infrastructure and take up skill development that would offer some employability to the youth. Add to it the disproportionate focus on economic growth leading to job creation. These strategies are age-old, and are not in sync with job market characteristics. We have a high youth unemployment rate, and those who are employed are not able to lead a decent life.

Interestingly, India’s problem is also a global trend. According to the latest Global Employment Trends for Youth 2017 by the International Labour Organization (ILO), in 2017 global youth unemployment stabilised at 13.1 per cent; it was 13 per cent in 2016. In 2018, the report forecasts, there would be a slight increase in the number of youth unemployed. But it adds that 39 per cent of young workers in emerging and developing countries live in moderate and or extreme poverty. This means surviving on less than US $3.10/day. Worse, in emerging and developing countries, 16.7 per cent of young workers live on income below the extreme poverty threshold of US $1.90/day.

This trend was found in developed countries as well. Like in India, most of these "employed but poor" work in informal sectors. Globally, 75 per cent of employed youth are in informal employment. This is comparatively higher than the rate among adults. In developing countries, 95 per cent of employed youth are in informal sectors. In another discouraging trend, the ILO report says that youths are three times as likely as adults to be unemployed. “Globally, the ratio of youth to adult unemployment rates has changed very little in recent years, serving to illustrate the particularly disadvantaged situation of young people in the labour market.” According to the Fifth Annual Employment-Unemployment Survey, 2015-16, with an increase in education levels across India, the unemployment rate has also risen in the age group of 18-29 years.

India’s employment is found primarily in informal sectors; a substantial percentage of it comes from daily wages in development projects and agriculture. Can future employment demand be met through these sectors? Given the development gaps, India can still invest a lot in infrastructure programmes and spruce up public wage programmes to accommodate demand. But whether the employed would be pushed above the poverty level is the challenge.

So, what could be the answers? First, informal employment shouldn’t be equated with non-job status. Rather, the strategy should be to maximise decent job creation in these sectors. Currently, there seems to be no alternative as the formal sector would have to accommodate a humongous number of workers from the informal. Second, when we talk about skill development, we usually don’t consider the skills being employed in informal sectors by workers as legitimate skills. Instead, we tend to force them into a new set of skills that they have to start with afresh. This might lengthen the process of job creation and employment. To sum up, we need to think anew about the way we create jobs.

(This article was first published in the 1-15 issue of Down To Earth).