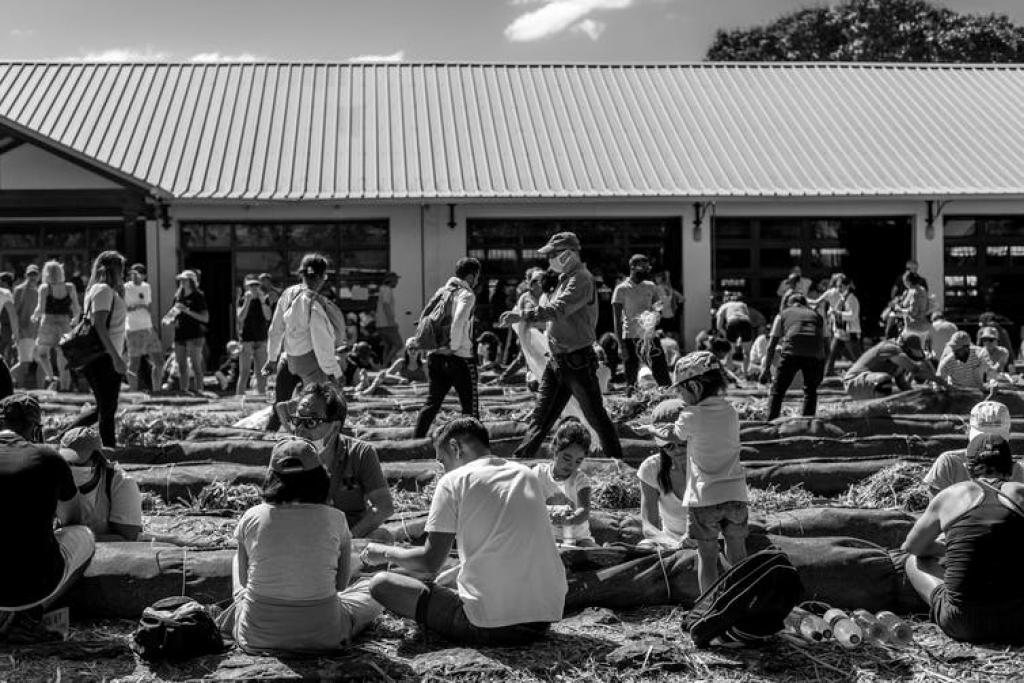 On 25 July 2020, the Japanese ship, MV Wakashio, ran aground the coral reef off the eastern coast of Mauritius. The vessel discharged more than 1,000 tonnes of oil into the island’s pristine lagoon including its Blue Bay Marine reserve.

The situation is critical because Mauritius is a biodiversity hotspot. But beyond the environmental consequences, there’s the human impact. Oil spills have major social and health implications. People exposed can suffer from liver damage, skin and lung disorders, increased cancer risk, reproductive damage and post traumatic stress.

Over the years Mauritius has transitioned into a middle-income country, growing its financial, industrial, tourism and IT industries. But the ocean continues to be hugely important to many poorer Mauritians who rely on it for subsistence, culture and leisure.

It’s particularly important for vulnerable communities that live in villages along the coastline, most of whom are Creoles, the descendants of African and Malagasy people. From the mid 17th to the 18th Century, the ancestors of Creoles were brought to Mauritius and forced into slavery. After the abolition of slavery in 1835, many Creoles settled in coastal villages.

When Mauritius attained independence in 1968, it remained a hierarchical society. It continues to be led by powerful Franco-Mauritian families and influential ‘high caste’ Hindu Mauritians. Dynastic politics became the norm.

Despite tourism and human development gains, certain communities struggle with poverty and are marginalised.

Though the collection of ethnic data on who lives where ceased in the early 1980s, I have conducted research on racism, poverty and social change in Mauritius for over 20 years. From my experience, the villages most affected by the oil spill are amongst the poorest areas of the island. These villages are also mostly inhabited by Creoles.

A Truth and Justice Commission (TJC) in 2011 documented that African descendants in Mauritius still suffer from racism and poverty. It also called for:

Reparations by way of positive discrimination and an integrated rehabilitation plan concerning schooling of children, better housing conditions, elimination of discrimination on the employment market, whether in the public and private sector, review of the electoral system in order to pave the way for better representation in electoral constituencies of Creoles.

The oil spill highlights the plight of impoverished communities that live along the coastline, and policymakers must act on the recommendation of the report to address the inequalities in Mauritian society.

The areas most affected by the oil spill include the main town of the Grand Port District, Mahebourg, and seven other southeastern villages. Based on language use and religious practices captured in the 2011 Mauritian Census, these villages are predominantly inhabited by Creoles and other vulnerable communities that rely on the ocean for their livelihood.

A Facebook group titled “Rivière des Creoles”, after a river in southeastern Mauritius, has shared images of oil soaked mangroves, beaches and dead fish, and images of locals knee deep in oil residue. This is but a snapshot of what these communities now grapple with.

Artisanal fishery is vital in providing employment opportunities and protein to over 4,000 households in the coastal regions.

The beaches and sea are also culturally important in Mauritius. Creole communities created the music and dance of the Sega. Traditionally performed on the beach, Sega music and dance still provides a reprieve from hard labour. Public beaches and lagoons are environmental and cultural assets.

The oil spill will be disastrous for these communities. Looking at the effects of the Deepwater Horizon oil spill in the Gulf of Mexico ten years later, researchers found dangerous toxins in popularly consumed fish, similarly toxic outcomes are apparent in humans.

My concern is that the oil spill will be especially disastrous for vulnerable coastal Creoles, not only because of immediate and long-term health implications, but because Creoles remain marginalised. They are at greater risk of not being assisted in instituting damages claims.

To ensure that the vulnerable coastal communities are protected, leadership response to the disaster must be transparent, coordinated, caring and swift.

Leaders must attend to the immediate effects of disasters and anticipate long-term consequences. Communities exposed to oil for example, need to be monitored to allow for early detection of exposure-related harm.

The government, together with civil society, must also claim damages from the de jure owners of the MV Wakashio, who in turn must pay for the immediate and anticipated loss of ecological, economic, health and cultural benefits. Apologies are not enough.