Ngozi Okonjo-Iweala: How global and local experience would play out in WTO top job 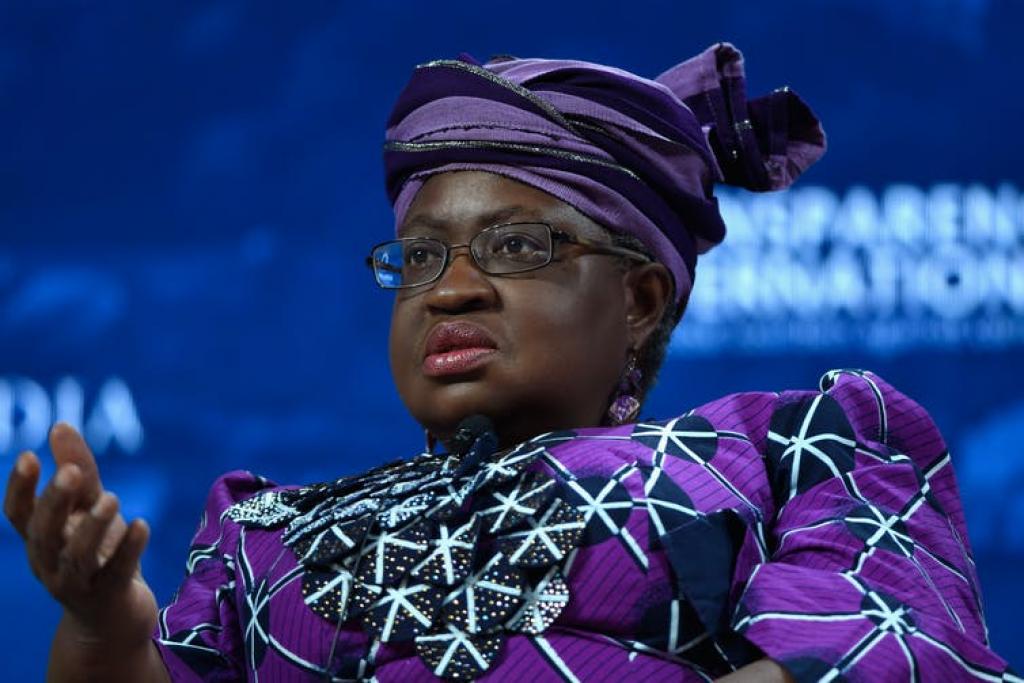 The global economy faces profound uncertainties, particularly in the face of the COVID-19 pandemic. In addition, faith in the efficacy of international bodies such as the World Trade Organisation (WTO) has been weakened by a power struggle between China and the US.

As the process for appointing a new head of the organisation moves into its final phase, it’s worth considering what front runner Ngozi Okonjo-Iweala could bring to the complex role of managing an international organisation, including designing and implementing reforms.

The WTO describes itself as a forum for governments to negotiate trade agreements. A key objective of the WTO is the liberalisation of trade for the mutual benefit of its members. This concept has become a divisive issue as a result of the perceived imbalances in the rights and obligations of members and the perceived uneven distribution of the gains from trade.

Okonjo-Iweala would be in a position to use her multifaceted experiences to energise the WTO’s 164 members to work harder to achieve the value of the multilateral trade systems.

Given her experience in being able to diplomatically manage people and institutions resistant to change, she could also provide the impetus for member countries to overcome the challenges that have paralysed the trade organisation for years.

Okonjo-Iweala has gained acute negotiation skills from her experiences in negotiating with institutions and countries, as she did when she negotiated for Nigeria’s debts relief.

In addition, Okonjo-Iweala has held top positions in several international bodies, including corporates as well as not for profit organisations. Her ability to serve in senior positions in these disparate cultural settings means that she will be able to navigate the complex terrain of an organisation that has a mandate to serve the interests of 164 member states.

Her international exposure also means that she has developed an extensive network across the globe which she is bound to call on in the WTO job.

In addition, Okonjo-Iweala has a proven track record in carrying out successful reforms both at the World Bank and as the finance minister in Nigeria. Carrying out these reforms would have required negotiating with various constituencies.

Ngozi Okonjo-Iweala was born to a royal family of Chukwuka and Kamene Okonjo on 13 June 1954, in Delta State, Nigeria. Her parents were both professors at the University of Ibadan. She completed secondary school at the International School Ibadan and St. Anne’s School, Molete, Ibadan. The young Ngozi Okonjo-Iweala proceeded to Harvard University. She graduated in 1977 with honours in economics. She went on to complete a PhD in regional economics and development at Massachusetts Institute of Technology.

Okonjo-Iweala’s professional life points to decades in the thick of economic policy — global as well as local.

She worked for many years at the World Bank where she started as an intern. After gaining her PhD she returned to the bank to work as a development economist. She was to spend 25 years at the institution, rising to the position of vice president.

Okonjo-Iweala spearheaded several World Bank initiatives to assist low income countries during the 2008-2009 food and financial crises. For example, as managing director of the World Bank from 2007 to 2011, she had oversight responsibility for the World Bank’s $81 billion operational portfolio in Africa, South Asia, Europe and Central Asia.

In 2010, she was chair of the World Bank’s successful drive to raise $49.3 billion in grants and low interest credit for the poorest countries in the world.

In 2012 she became the first female and black candidate to contest for the presidency of World Bank Group. She lost to Jim Yong Kim, the president of Dartmouth College.

Having worked for about 25 years in the World Bank, negotiating and pushing for progressive agreement and development, Okonjo-Iweala has developed keenly honed negotiation skills.

In addition, she is an outsider to the WTO who offers the comprehensive skills and experience needed to shake up the organisation and bring progress to world trade. Her African origin places her on political neutral ground, enabling her, among other things, to objectively mediate issues between China and US.

These skills and traits also mean that she’s in a strong position to build a trade institution where there is greater trust among its members.

Her service to Nigeria

In 2003, she was appointed Nigeria’s minister of finance by the then President Olusegun Obasanjo. She became the first female finance minister and had several reforms to her credit.

As minister of finance in Nigeria, she spearheaded negotiations with the Paris Club of Creditors that led to the wiping out of $30 billion of Nigeria’s debt, including the outright cancellation of $18 billion.

She had several battles with powerful political interests in Nigeria. She slashed the number of agencies in the country. She drastically cut fuel subsidies in a subsidy scheme that was enmeshed in a difficult web of corruption that made the country lose $6.8bn over a three-year period.

Okonjo-Iweala introduced practical economic reforms which changed the worldview of Nigeria as seemingly hopeless and comatose. She turned around the largest economy in Africa.

Nigeria, for the first time in history, had electronic financial management reforms. She also introduced macroeconomic reforms and many policy strategies like a medium term expenditure framework and medium term budgeting.

For a brief period in 2006, Okonjo-Iweala served as Nigeria’s first female minister of foreign affairs. After resigning from government she set up a research organisation, NOI Polls.

In 2011 she was reappointed as minister of finance and coordinating minister of the economy by the then President of Nigeria, Goodluck Jonathan. She served in the position until 2015. In that time, Nigeria’s economic growth rate remained at an average of 6% per annum.

Under her leadership, Nigeria’s Bureau of Statistics rebased the gross domestic productfor the time first in 24 years. This saw Nigeria emerge as the largest economy in Africa. She took a lot of heat for the government’s decision to remove the fuel subsidy. Protests ensued and the policy was reversed.

I have no doubt in my mind that Okonjo-Iweala would be an exemplary leader of the global trade organisation because she would balance policies between the advanced economies and developing ones to achieve sustainable global economic growth and development.

Ezebuilo Ukwueze, Senior Lecturer in the Department of Economics, Nsukka, University of Nigeria