Nike and Adidas are using kangaroo skin to make sneakers. Is that necessary? 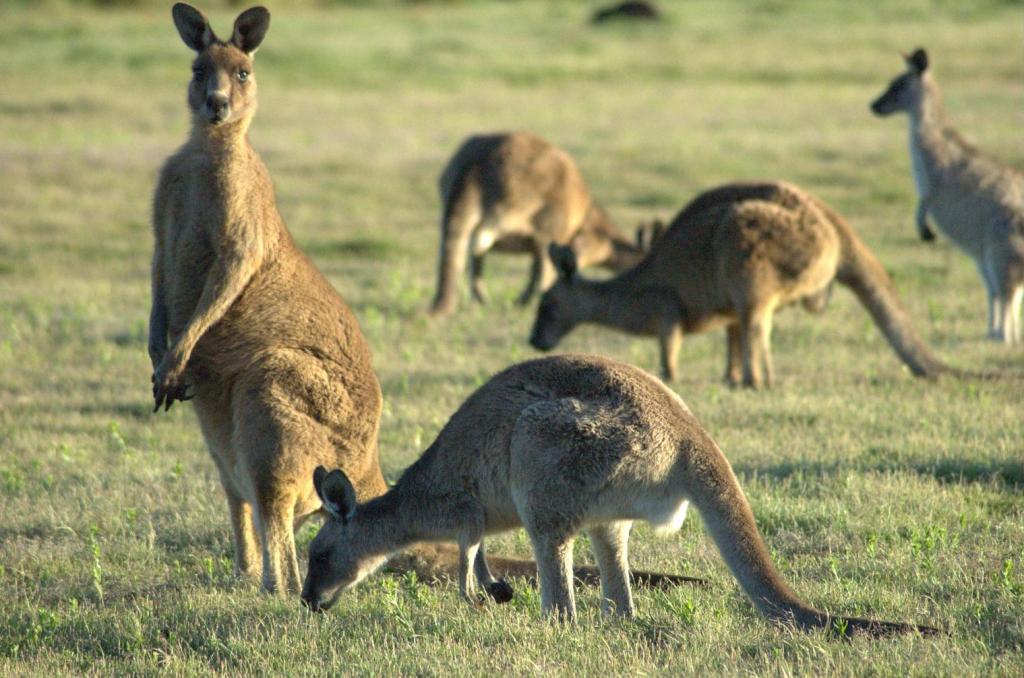 Kangaroos, like humans, have two eyes, two ears, and a nose, nurture their babies and are in so many other ways just like us. It could be argued that they must have minds very much like our own, filled with feelings just as ours are.

Even for those who care about kangaroos, however, too few are aware of the terrible fate many of them suffer due to one seemingly innocuous product: Soccer shoes. Through its Kangaroos Are Not Shoes campaign featuring a startling new video, the Center for a Humane Economy is calling on manufacturers like Nike, Adidas, and others to put an end to the world’s largest commercial slaughter of land-based wild animals.

When they are born — tiny, about the size of a lima bean — kangaroos manage, remarkably, to climb from the birth canal, up through their mother’s fur that has been licked to create a trail, to her pouch where, after a couple of months of feeding, they reach the point where they can stick their head out and encounter the world for the first time.

Soon, they will be hopping out of the pouch and foraging just like their mother and father. Every night, however, for months to come, they will jump back into the pouch to sleep. Or when they sense danger — a fox, a snake, an eagle, dingoes — or are told to do so by their mother.

The joey will leave the pouch permanently at between eight and 11 months, depending on the species and the mother’s judgment, but the mother will continue to nurse her joey for several months more.

No wonder, human mothers who want to give their babies the best possible start in life are told to provide “kangaroo care,” which involves “ventral skin-to-skin contact” and on-demand breastfeeding. Any kangaroo mother gets this immediately and no male kangaroo would think of interfering. To get into the mind of a kangaroo is to improve our own species.

Now imagine getting these tips on how to raise your own child from a gentle, kindly, light-on-the-earth, herbivorous animal, and then deciding to kill her for no good reason. Joeys are collateral damage of the commercial kangaroo industry.

Their hide is no use to the skin trade. The Kangaroo Industry Association of Australia instituted a male-only shooting policy in 2013, but even highly experienced shooters estimate that one in two or three kangaroos they shoot is a female, most of whom have joeys which must be ‘humanely’ euthanized by decapitation or a skull-crushing blow to the head as stipulated by a national policy.

Is wanting shoes made of kangaroo skin a good reason to slaughter them? Really? Or because vested interests call them “pests” or “vermin”? Or because there are too many? How many is too many? Seven billion humans are probably too many but, of course, we don’t authorize human culling. The harsh reality for these gentle animals is this: “Kangaroos are victims of the world’s largest commercial slaughter of terrestrial wildlife.”

And what do you do when you kill a kangaroo mother with a joey in her pouch, who emerges looking stunned and terrified? Pick up by the joey by the feet and bash the head into the steel fender of your truck?

Can this ever be justified? It is the greatest example of indifference and intolerance toward wildlife. A terrible drought in eastern Australia culminated in the 2019-2020 megafires, which led to an appalling loss of wildlife. The kangaroo population has been devastated as a result of these wildfires. When is enough, enough?

As far as we know, other than in self-defense, no kangaroo has ever killed another animal for any reason, let alone for fun, or because they consider them vermin. They never endangered the entire planet. In fact, they’ve never truly endangered anyone or anything. Except, perhaps, some rancher’s paycheck, or the fender of somebody’s car.

They live lightly on this earth. They are the gardeners of Australia spreading the seed of native grasses, fertilizing as they go. They’d be only too happy to be our friends if we never harmed them. People who raise orphaned joeys find them filled with gratitude and the gentlest of companions.

I suppose there are two worlds to consider when trying to get into the mind of a kangaroo. One is a world in which harmony prevails: The kangaroo is a natural part of a great grassy plain, with tall gum trees, pools of water, places of shade, and part of a family of kangaroos for whom life is pleasant and safe. We think any human can imagine this life and wish to be part of it.

Then there is that world where kangaroos were killed by spear for a meal or for their bones and skin by Aboriginals, and later, perhaps, they were hunted for similar reasons by the European settlers, who started using a new kind of weapon.

This might have made kangaroos wary of humans carrying spears, but they were entirely unprepared for a gun, and the hunting for fun or profit. It makes no sense to us, and we can’t imagine it made any sense to them. But we can easily imagine the kind of horror that comes over a mob of kangaroos when a man with a gun approaches and starts killing them.

For us, the most terrible thing is to put ourselves into the mind of a joey who lives outside of her mother’s pouch, but who races to enter it when danger is sensed. To be inside when her mother is shot; to be grabbed by a rough hand and pulled out—well, there are no words to describe what the joey must feel.

In the moments of sheer terror, before a female kangaroo is killed, she embodies the indictment of our species, each and every time the act is committed for human gains.

This article was produced by Earth | Food | Life, a project of the Independent Media Institute.