In countries like India, informal business is the existing order of the day 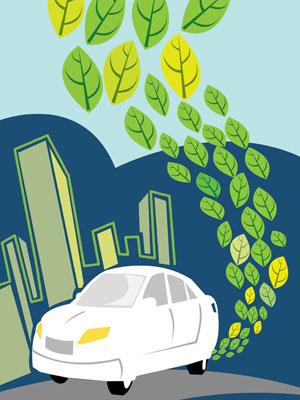 Airbnb—the room rental company that does not own any rooms—has just sued the city of New York. Why? Because the city has introduced a bill to penalise anyone who rents out their apartment for less than 30 days. This would effectively kill Airbnb’s business, which makes every household owner a potential hotelier. Airbnb provides an online listing system—anyone who owns a house or many properties can rent out space. The business cuts into the profits of conventional hotels who have to buy land, build rooms and take care of the establishment. In Airbnb’s case, the costs are low and distributed. More importantly thousands, even millions, of rooms suddenly become available, which eat into the market of house rentals or hotels. Airbnb is, not surprisingly, hitting old business, which too is hitting back.

It is also difficult to regulate. Just think. How do city governments control millions of property owners who have become instant hoteliers? Airbnb argues that its reputational system, where owners and guests rate each other, regulates the informal market. Governments disagree. Airbnb is fighting similar battles in Amsterdam, Barcelona, Berlin and even in its own hometown of San Francisco, and the list is growing.

Uber—the taxi service that does not own any cars—has similar battles on hand. Uber, and others like it, have turned every car owner into a potential service provider. All that Uber does is to aggregate these millions of car owners who have overnight become taxi drivers. This is why it can reduce costs and work the market—drastically undercut the market price and drive conventional taxi service into the red. All this without owning a single car.

Uber and its variants are facing huge hostility from the old business. I saw this at close hand when the Supreme Court of India directed that all taxis, including those run by aggregators like Uber or Ola, should convert to CNG. This was done to reduce Delhi’s runaway air pollution. But the result of this seemingly simple order was out and out war. All taxi owners—from the black and yellow, radio taxi, to the tourist taxi and the all India tourist taxi—converged at the Environment Pollution (Prevention and Control) Authority (I am a member of it), which is required to oversee the implementation of the Supreme Court’s direction. They had only one demand: stop Uber and Ola.

Our objective was different—to regulate the fuel used by taxis and not to stop their operations. But regulation is a challenge. In the very first meeting, the police informed us that they are helpless. They could not identify the taxi—every car had become a taxi. Uber and Ola told us that they were not taxi operators—only aggregators. In fact, their companies are registered as information technology providers. They were also not responsible for anything—customers hired cars using their platform and rated the service provided by drivers. The Delhi government had issued guidelines, which would curtail the operations of such aggregators, but Uber challenged this in the court.

Finally, after weeks of protracted discussions, and often violent disagreements, it was agreed that all taxis, including those listed with the aggregators, would run on CNG. But all other issues, including the contentious issue of surge pricing, remained unresolved. Governments in India and abroad are battling with taxi operators and technology companies to formulate these rules.

But why am I writing this now? The fact is Airbnb and Uber are part of the inevitable change in our future. The reason is that the modern world has formalised its economy to the point that it has become unviable. The brick-and-mortar world requires huge infrastructure, and this then requires regulations to ensure that all this operates within rules. The cost of regulations is also high and adds to the cost of running the economy. In my view, Uber and Airbnb are undercutting this world—by making best use of the individual’s assets. In both cases, they are optimising existing resources—the cars and houses people own—to make more money and share the profits. But most importantly, these businesses are working the informal space. They are doing this to reduce costs and to expand opportunity.

This is where we need to think further of what our world is about. In countries like India, informal business is the existing order of the day. Everything—from collecting sewage from homes, recycling garbage to providing transport in our cities—is managed by millions of myriad informal businesses. But we do not consider it part of our future. Worse, it defies regulation as we know it today. So, it must go. But given that the formal economy comes with costs, we cannot replace this informal and thriving business. But to kill it we neglect it; make it illegal and all together despise it. But still it stays. We just can’t make it work.

So, is it time we thought of a different business future? Let’s discuss this again.