When sharing is so hard 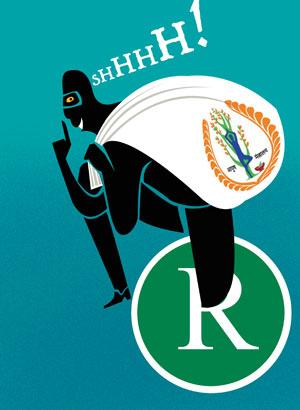 FOURTEEN years after India passed the Biological Diversity Act (BDA), the rules on promoting sustainable use of bio resources are still in dispute. The BDA was passed in 2002 but it took another 12 years for the government to spell out the guidelines on access and benefit sharing (ABS) of bio resources. But even then, domestic companies using plant resources for commercial benefit have been refusing to pay the required royalty fees for use of bio resources, claiming that the royalty rule does not apply to them.

ABS guidelines are intended to promote conservation and equitable use of resources that also benefit local communities who have been the guardians of such natural wealth by payment of a fixed royalty rate. The rates and other rules are governed by state biodiversity boards (SBBs) who were only too delighted when the guidelines were finally issued in November 2014 after AYUSH companies managed to stall these for over a decade. The boards promptly sought the long-delayed royalty from thousands of AYUSH companies that have been making free with bio resources while enjoying a surging demand for their products.

AYUSH is an acronym for the traditional Indian medical systems of Ayurveda, Yoga, Unani, Siddha and Homeopathy and companies in this segment make use of a vast range of bio resources for pharma, cosmetic and health products. Last year, it was estimated that AYUSH firms had avoided paying royalty to the tune of Rs 10,000 crore annually just to Kerala. SBBs have been meeting with stubborn resistance from these companies who have now mounted a legal challenge to the ABS guidelines after they were asked to cough up the royalty fees for use of herbal and plant resources.

The fees are nominal, ranging from 0.1 to 0.5 per cent. Benefit sharing rules kick in when bio resources are accessed for commercial purposes and are applied in a graded way on the annual gross ex-factory sale of the product. But with a powerful lobby, the industry has avoided paying this nominal fee. The petition challenging the inclusion of Indian companies in the ABS guidelines, interestingly, has been filed as a public interest litigation or PIL by the Central India Ayush Drug Manufacturers Association (CIDMA), before the Nagpur bench of the Mumbai High Court and is scheduled to be heard on August 24. The writ petition, seeking ªclarityº on ABS compliance, was filed in response to the Maharashtra SBB’s notice to several hundred firms seeking payment of royalty. CIDMA contends that ABS guidelines are not applicable to Indian entities since there is no legislation in place to enable compliance. As such, only foreign entities and those companies that have foreign equity are liable to pay royalty according to BDA.

That seems an odd claim to make since the guidelines are clear that the ABS rules apply to both domestic and foreign firms. It is also clear that SBBs, the central National Biodiver sity Authority (NBA) and the Union Ministry of Environment, Forest and Climate Change are all empowered to impose penalties for non-compliance on SBB. The Mumbai High Court though, appears to have asked the Maharashtra SBB, and the state forest ministry and central authorities to stay their hand and not take coercive action against these companies.

SBBs have been issuing notices thick and fast to AYUSH firms ever since the guidelines were notified. The main reason for this enthusiasm is that boards are hoping the royalties will cover their budgetary gap since many state governments have been tight-fisted in funding them. Which is why an impatient Maharashtra SBB has been pressing its claims and seeking payments from those firms that are not part of CIDMA. That may not help matters but, hopefully, the issue will be resolved soon by the court, putting an end to what has been, an extraordinarily long standoff.