Poor countries know that the debt markets are not favourable to them; they acknowledge the risk of being punished by existing creditors, prospective investors and rating agencies 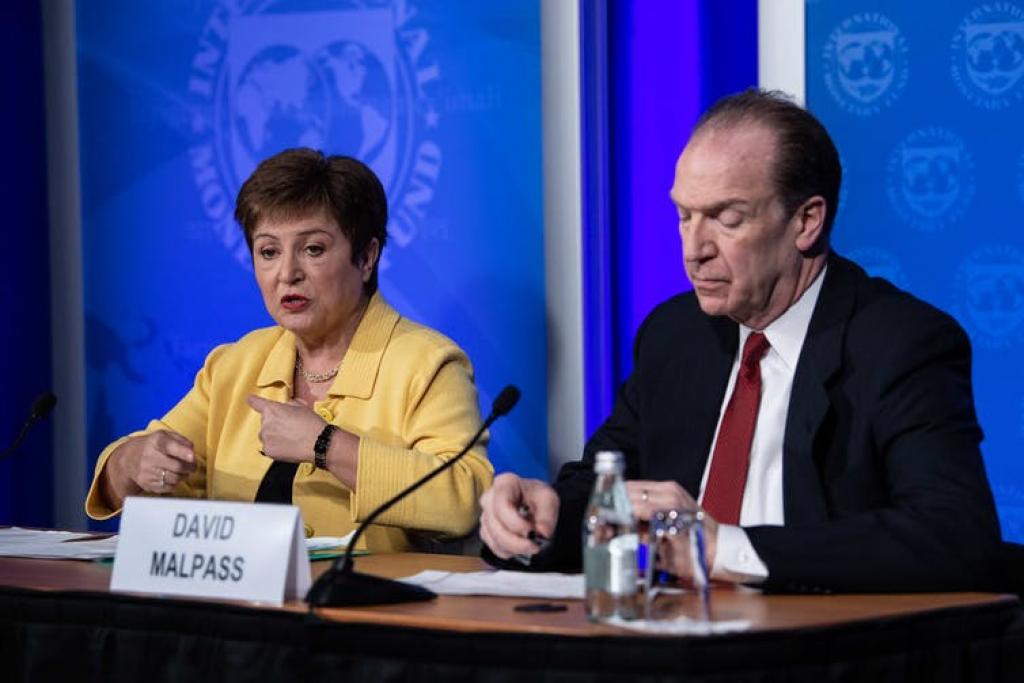 A debt service relief package has been approved by some of the world’s biggest lenders for more than 25 African countries. The arrangement includes the World Bank, the International Monetary Fund, the G20, the African Development Bank, and all Paris Club creditors.

The goal was to free up more than $20 billion that governments could use to buttress their health services.

Some have called for outright debt cancellation to lessen the debt burden on African countries as they emerge from the crisis of the novel coronavirus disease (COVID-19) pandemic. Most African states will have high public debt as they use all available lines of credit to secure resources to fight the pandemic.

But private creditors that hold commercial debt have not been willing to participate in debt relief. They have criticised the G20’s call for freezing all debt repayments. Countries have also been priced out of the Eurobond market by high interest rates. Bond yields have spiked to over double the cost for most countries intending to issue Eurobonds.

Of the 25 countries eligible for the debt relief, only four have requested assistance — Cameroon, Côte d'Ivoire, Ethiopia and Senegal. The majority have either refused to apply, or have not yet requested a debt moratorium.

The reasons for this are understandable. Poor countries know that the debt markets are not largely favourable to them. And they acknowledge the risk of being punished by existing creditors, prospective investors and rating agencies if they seek a debt moratorium.

A number of countries haven’t openly rejected the offer to participate in the debt moratorium. For its part Kenya has openly indicated its lack of interest.

Here are the reasons why most African countries are opting against participating in the multilateral debt suspension.

First, there is an implication that countries that are requesting debt suspension have borrowed irresponsibly. They will be viewed as high-risk and irresponsible borrowers in the future.

Second, countries will be in breach of the terms of Eurobond contracts that they currently hold. The Eurobond prospectuses and contract terms prohibit countries from seeking a suspension of debt payments under multilateral initiatives.

Eurobond default clauses indicate that non-payment of external debt, including seeking a moratorium, would be considered as defaulting. This would automatically trigger an immediate demand for countries to pay the entire value of outstanding Eurobonds.

Third, governments fear that the debt moratorium would lead to credit rating downgrades because of the Eurobond terms of defaulting. Moody’s placed Cameroon, Côte d'Ivoire and Senegal under rating review for downgrade and have downgraded Ethiopia precisely because of their participation in the G20 Debt Service Suspension Initiative.

A rating downgrade would erode the benefits accrued from the debt relief as countries would have to pay more interest on the same volume of debt. The United Nations has criticised rating agencies for worsening debt sustainability in poor countries. The debt relief was expected to free up about $20 billion in total, about the same amount that is due in interest and principal repayment within six months to private creditors.

It will further hinder countries’ ability to finance budget deficits in the medium term through access to global capital markets. Given that the pandemic will increase public spending when tax collection and revenue generation are being forgone, budget deficits will swell. Access to global capital will be key in financing the post COVID-19 economic recovery of African countries.

Lastly, there are concerns that the terms of the multilateral debt relief and loan packages will restrict future policy direction. The debt moratorium is being granted on condition that the funds are spent only on critical public services.

Other conditions include adhering to existing policies, reporting requirements, multilateral oversight and transparency. Countries under the debt relief programme are not allowed to incur debt from any other creditors during this time and they should use savings only to address shocks from the pandemic.

The World Bank has devised customised fiscal policy responses that support weathering the crisis in the short term and economic recovery in the medium term for countries receiving the relief.

The IMF loans and the G20’s debt suspension funds will not be used to pay high interest to private lenders. These conditions constrain both a country’s fiscal space and policy flexibility.

The main purpose of maintaining a good credit rating is to access international funds at relatively low interest rates. For African countries, the Eurobond issuance is a more attractive option than the traditional multilateral borrowing, whose conditionalities are usually restrictive.

In all current Eurobond contracts, countries are deemed to have defaulted if they cease to be members of the IMF or if they are no longer eligible to use resources of the Bretton Woods institution. When terms of Eurobond contracts become equally restrictive and bond yields more expensive, it defeats the purpose of diversifying from multilateral loans.

This is what African countries should do.

First, countries that have the capacity to forgo debt relief should do so to avoid losing investor confidence in the future. The net benefit of a low borrowing cost will accrue in the long term.

Private creditors should not be pressured to accept the blanket debt relief agreement for commercial debt that was incurred through market conditions and fundamentals. Current Eurobond covenants should be honoured to maintain the credibility and integrity of African sovereign borrowers.

Second, countries that are facing challenges to fund their repayments should approach negotiations with their commercial creditors with caution. Specifically, they should ensure that they safeguard their sovereign credit ratings and avoid defaulting.

Lastly, this episode should provide lessons for African governments to bargain for competitive interest rates and accept only favourable bids during Eurobond issuing. The oversubscription of African Eurobonds is not an absolute sign of attractiveness. It also reflects the overpricing of issued instruments.

Governments should take control of the bond issuance process to structure bonds with favourable terms. This process should not be entirely entrusted to syndicates of investment bankers who have a profit motive and get huge bonuses for oversubscriptions. This will lessen the policy restrictive terms and high interest burden in the future.