‘No country can control the entire critical mineral value chain’ 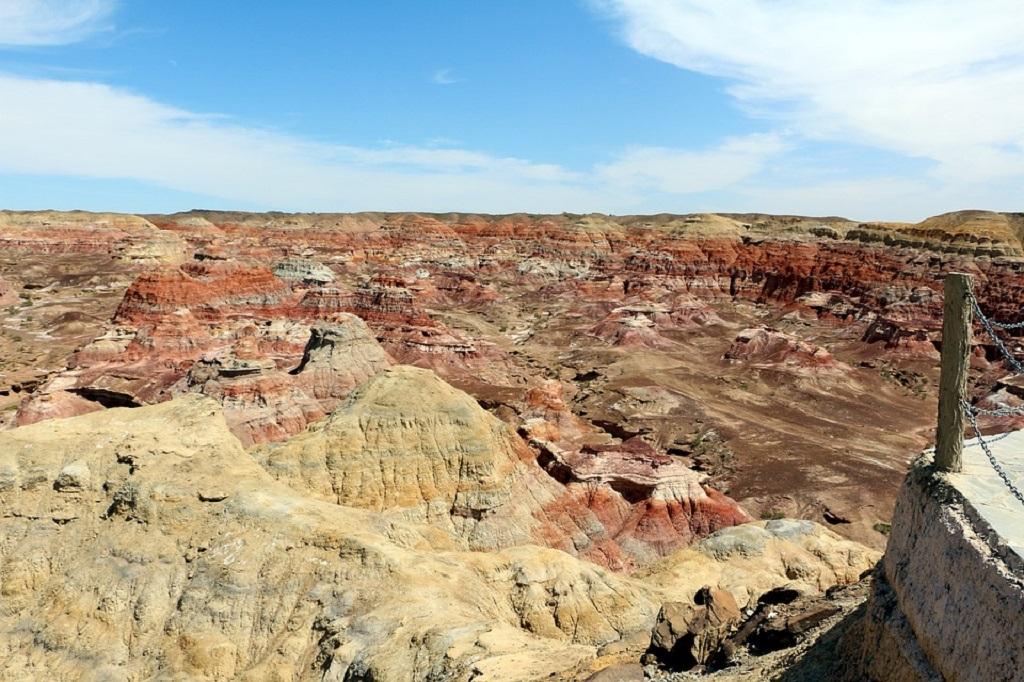 Technology has advanced so rapidly in the last few years that many minerals that were just part of research are now essential for modern applications, especially for clean energy. This phenomenon has driven the global demand for a new group of metals, non-metals and mineral elements considered necessary for the economic well-being of the world’s developed and emerging economies.

The system which is emerging is expected to be a stark departure from the era of oil domination — better for human health, and steadier politically and economically. But if the transition does not happen smoothly, it could involve new risks, leading to political and economic volatility in oil-producing countries, Venezuela and Saudi Arabia. These places, which control 85 per cent of the world’s energy today, could see an erosion of their power when solar and wind assets generate 50 per cent of the world’s energy by 2050.

The transformation could also see concentration of the green assets and critical minerals and ingredients in an increasingly belligerent China which has made a conscious effort to corner these resources. Today, China controls 72 per cent of the world’s solar modules, 69 per cent of lithium-ion batteries and 45 per cent of wind turbines.

It also controls refining of minerals, which are critical for clean energy, and has been frantically investing in electric cars manufacturing and transmission, as well as stockpiling minerals like cobalt. The future quest for clean energy would thus require reliable global supply chains of critical minerals.

Efficient batteries, which can be charged quickly, require lithium, cobalt, nickel and copper. Neodymium and other rare earths are required to make powerful magnets, which are important for the manufacture of wind turbines and electric vehicles.

Critical mineral production in the world today is, however, largely monopolistic; there are risks in supply and there is a complex global supply chain. The high importance and low occurrence renders these critical minerals susceptible to supply risks. Several critical minerals typically co-occur and require separation using extensive chemical processes.

China has been a major importer of lithium, which is produced up to 55 per cent in Australia. It has at least 85 per cent of the world’s processing capacity for rare earths to be turned into critical materials for use in the high-tech industry.

China dominates value chains across mining, processing and producing magnets and has a major role in the global supply chains of rare earths. The supply of these critical minerals can thus be disrupted easily due to trade wars, conflict or civil unrest.

Even though Australia is the world’s largest producer of lithium, more than 99 per cent of value in the lithium battery production is added during chemical processing, cell manufacturing and assembly. South Africa mines 72 per cent of the world’s platinum. Indonesia is the largest producer of nickel but has banned its exports. Cobalt supplies could be disrupted if labour and environmental standards are brought to bear on the Democratic Republic of Congo.

The complexity of the value chains, high investment overheads for processing and small markets imply only a handful of businesses or countries participate in the critical materials market. Typically, a single country produces one half of the global supply. On average, top three account for around 80 per cent of all critical material production.

The EU has ensured that it is home to giant developers of solar and wind farms and the US has seriously woken up to the Chinese challenge. So have the other countries who are part of the Quad grouping, like India.

However, India needs to act fast on exploration, excavation and setting up critical material value chains through adequate downstream investments. The reforms announced by the Indian government in sectors like mining, along with the emphasis on production linked incentive schemes for solar photovoltaic cells and advanced cell battery storage, will go a long way in addressing the constraints in India’s quest for a shift to e-economy.

Comprehensive resource requirement and procurement plans are essential. India’s Department of Science and Technology, in collaboration with the Council on Energy, Environment and Water, drafted the Critical Minerals Strategy for India in 2016, with a focus on India’s resource requirements till 2030.

The Indian Critical Minerals Strategy has identified 49 minerals which will be vital for India’s future economic growth. Initiatives such as the National Electric Mobility Mission plan 2020, has a projection of getting 6-7 million electric vehicles on Indian roads and completely switch to electric vehicles by 2030.

This would result in a demand for charging infrastructure that can support the electric vehicles across the length and breadth of the country. Apart from infrastructure, this is also expected to result in the growth in demand for lithium-ion batteries, which may grow to around 132 GWh by 2030, or demand for 10 kT (0.09 kg per KWh of lithium) for usage in cells and batteries.

There is also a requirement of access to raw materials, such as lithium deposits.

There is real potential for geological exploration of critical minerals in India. In 2019, India set up an expert committee on exploration and procurement of required critical minerals for tie-ups with other countries, particularly for sourcing cobalt and lithium from Australia, Argentina and Bolivia.

Khanij Bidesh India Ltd, (KABIL) a joint venture between three public sector companies, was set up for consistent supply of critical minerals through acquisition, exploration, mining and processing of strategic minerals. The National Mineral Policy of 2019 has also put forward a vision for accelerated growth of production of non-fuel minerals.

However, entities like KABIL need to be allowed to interact with private players with full autonomy, instead of just interacting and dealing with government entities abroad. Exploration and research and development in mining and mineral processing technologies needs to be enhanced and strategic acquisition of mines in other countries speeded up.

Investors coming to India need to be assured of security and title as well as tenure. Streamlining the post-leasing clearance mechanism is critical.

One unified regulatory authority, as envisaged in the National Mineral Policy, will help. India also requires state of the art mining technology and equipment from countries like Australia.

At the international level, there is already a recognition that critical materials are not “just another commodity”. There are, now, genuine security concerns related to their criticality in building more diverse and reliable value chains, about their environmental and social sustainability, and technological challenges.

Given the complexity of value chains that convert raw materials into finished products, individual projects need to be integrated in a functional manner with regional networks. Security of critical materials cannot be left to private sector alone. Thus governments are getting more involved in the process.

But no one country can control the entire critical material value chain and needs different partners contributing to mining, processing and manufacturing activities. Examples of this collaboration is the Resilient Supply Chains Initiative (SCRI) between India, Australia and Japan agreed in September 2020, and more recently, the agreement among the Quad countries to set up a working group on critical materials and technologies.

Going forward, India needs to take a complete government and industry approach to this important issue.

This article was first published in the cover story of the 1-15 April, 2021 edition of Down To Earth.

Anil Wadhwa is a former Secretary (East) in the Indian Ministry of External Affairs and has served as Indian Ambassador to Italy, Thailand, Poland and Oman. He has recently authored an Australia Economic Strategy report for CII which was commissioned by the Ministry of Commerce and Industry. Currently, he is a Distinguished Fellow with the Vivekananda International Foundation, based in New Delhi.