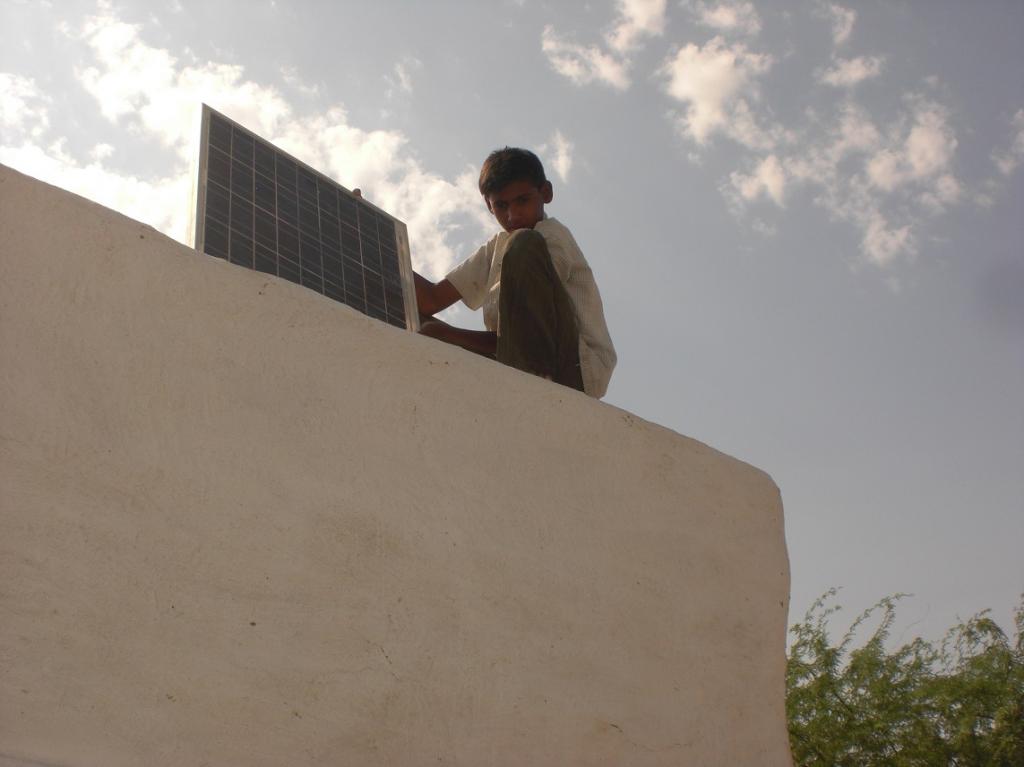 India is growing fast. Economic growth and rising population have put us in a special place on the world map. So much that our energy processes will shape the global discourse on climate change and development. India’s need for power is serious, and there are “two different Indias” that struggle with the realities of today’s energy frame.

The first India is largely urban and heavily powered by fossil fuels. Coal is the backbone of India's energy system. It is abundantly available (308.80 billion tonnes in 2016), subsidised and generates one-third of our electricity. India is the second largest producer of coal globally and third in overall CO2 emissions. We are burning more fossil fuels than ever, leading to serious problems for health and environment. Our thermal power plants are of subcritical standards and contribute towards rising greenhouse gas (GHG) emissions. Thirteen of the world's 20 most polluted cities are in India, with Delhi, Patna and Gwalior occupying top spots. Outdoor pollution caused 590,000 premature deaths in 2015 and has further reduced life expectancy in India by 3.2 years. It is estimated that by 2030, India's coal generation and consumption capacity will grow by nearly 300 per cent, air emissions will double causing a 100 per cent increase in health impacts. Clearly, India is choking. We need to phase out coal and manage luxurious, carbon-intensive lifestyles.

The second-half of the story revolves around an India that lives in darkness. Nearly 240 million people here have no access to electricity. This population is mainly concentrated in rural areas, where infrastructural deficits render extending access as both, an economical and technical challenge. Lack of affordable and regular access impedes the development of India's poor. Poverty and lack of energy are viciously related. Absent or intermittent energy supply deprives the poor of opportunities for economic and social growth, consequently pushing them towards expensive and unhealthy alternatives. Today, 840 million people use solid biomass as the primary cooking fuel—a major cause of indoor pollution, premature deaths and environmental degradation. Providing affordable, adequate and clean energy is essential for development and improving living conditions. While India accounts for 18 per cent of the world's population, we only use 6 per cent of the primary energy with our power consumption per capita being just one-third of the global average. Energy poverty is an inequality. It is widening the gap between urban and rural India, and forcing the poor to remain poor. We need to do more. 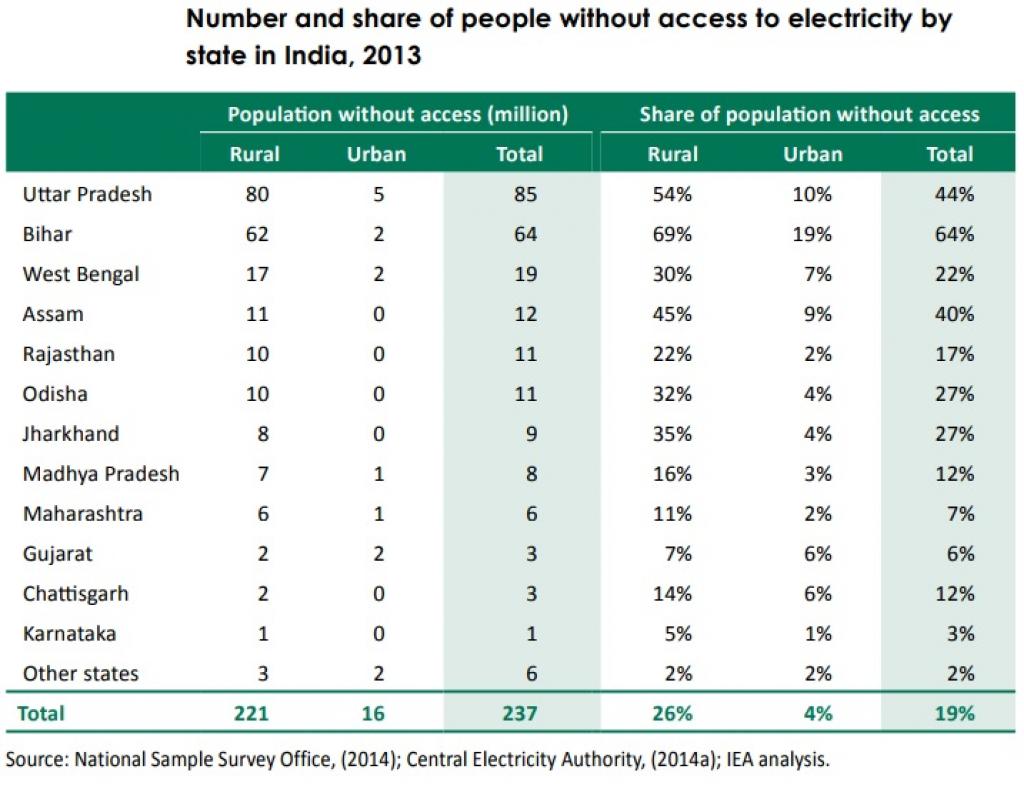 As we look to reduce our dependence on fossil fuels, we also have to address the energy gap and include the marginalised. Our existing power system is undemocratic, and designed to benefit a selected few. States that control most mineral resources in India have the highest levels of energy poverty. It is critical to rethink and restructure this system. With continued economic expansion and urbanisation, India’s demand for energy rises by 5 per cent every year. Rapid growth in our electricity consumption and carbon footprint is expected, as we plan to increase coal production from 453.10 million tonnes currently to a staggering 1.5 billion tonnes by 2020. There is one solution: an urgent and just transition to renewable energy. India needs an “energy democracy”, a people-centric process towards decentralising energy and controlling its production, distribution and usage. India has a high potential for harnessing renewable energy; models premised on universal access, people's control and clean energy are being implemented in different parts of India with success.

Solar energy is at the forefront of this movement. Installations are rising at the local level, ranging from solar rickshaws and rooftops in both urban and rural areas. Mini-grid and off-grid solutions effectively provide clean energy in distant regions having lower population density. Last year, a boat clinic providing rural healthcare to island communities in Assam was installed with solar power to fully support the energy needs for diagnosis and treatment. Access to solar energy has greatly benefitted health and economic development, and given a sense of security to people, says Ramapati Kumar, founder of the Centre for Environment and Energy Development (CEED). In 2014, CEED and other organisations had set up India’s then-largest solar plant of 100 KW capacity in Dharnai, Bihar to bring electricity in the village after 30 years. “Efficiency can be achieved if people are a central part of the decision-making process,” suggests Kumar. The local community in Dharnai manages and owns their energy source; the Village Electrification Committee is in charge of protection, upkeep and maintenance of the plant. Farmers have formed solar energy cooperatives and are using solar pumps with ease.

Biogas is another important avenue for rethinking energy; urban institutions in India are bulk waste generators. Senior environmental activist Almitra Patel suggests that biogas works best when decentralised, and technology lies at the centre of this transition. GPS Renewables, a waste-to-energy technology company from Bangalore has set up ‘BioUrja’ biogas units in major corporate and educational establishments across the country. The BioUrja units offer a clean and low-cost solution for managing waste and generating Liquefied Petroleum Gas (LPG), a replacement for cooking fuel. Mainak Chakraborty, Director of GPS explains that people’s involvement is at the heart of this process, the first step of waste segregation begins with them.

Energy democracy is energy empowerment. It has become a widely-supported movement globally and has brought various stakeholders together. Its application in India could be key to our development targets and environmental goals. As part of our climate action efforts, India has pledged to increase the share of non-fossil fuel power generation capacity to 40 per cent by 2030. Renewable energy is at the heart of this process and the government aims to install 175 GW of renewable power, including 100 GW of solar capacity by 2022.

Recent schemes have promoted solar energy, making it as affordable as coal. While such policy pushes are required, we need to ensure that this transition is just and inclusive. The needs and vulnerabilities of the weaker sections have to be particularly taken into account. The clean energy goals will generate employment and this opportunity needs to be made utilized well, while being supplemented by stringent implementation of emission control policies.

While India is making efforts to align its energy system with environmental goals, this process needs to be implemented at all levels. The struggle to save the climate is real and we cannot leave it for a select few or the poor to take initiative. The privileged class needs to step us and take charge, decentralising energy and going green is possible in our everyday life. Sustainability should be a choice, before it becomes the last resort.