Finding space for both wind farms and eagles in South Africa

Research has found that 36% of birds killed by wind turbines were birds of prey. These birds have long lifespans and produce relatively few young each year 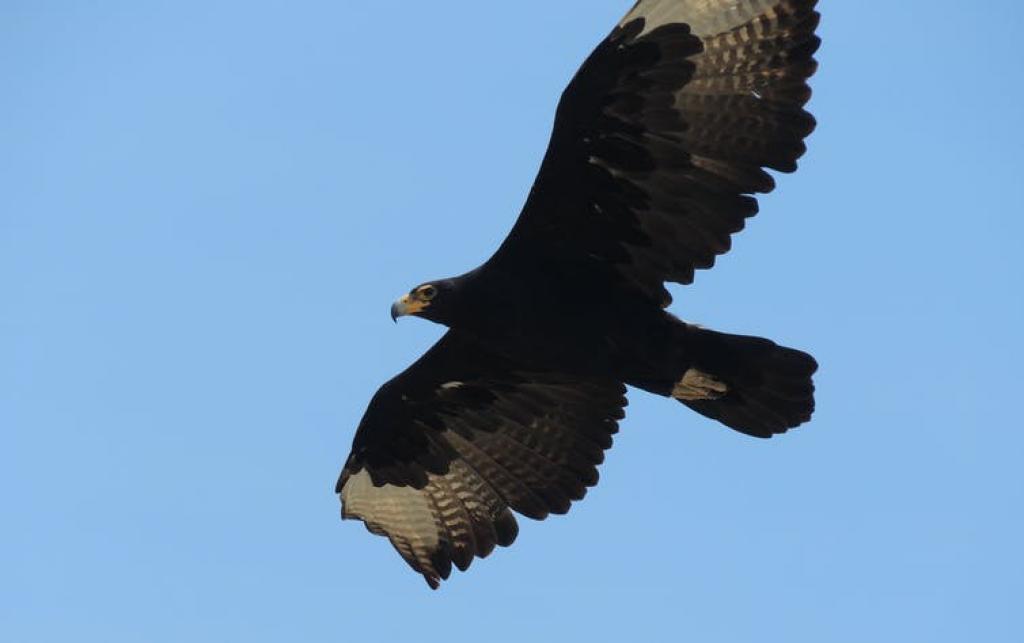 Energy generation around the world is shifting towards renewable sources in response to the climate emergency. The aim is that future energy will be clean, green and sustainable. Many developing countries are also simultaneously trying to increase energy security and expand energy access to rapidly growing populations. Wind energy is playing a leading role in delivering these objectives.

In South Africa there are at least 23 fully operational wind farms producing almost 2 gigawatts, and several more are about to come online. The country aims to produce around 14.4 gigawatts a year from wind by 2030, which would be around 20 per cent of the country’s energy demand. This is good news in the battle to reduce carbon emissions and ensure a more consistent power supply.

But these developments can have other less positive impacts which also need to be addressed.

One of these impacts is that wind turbines can kill birds when they collide with the moving blades. This problem is known worldwide, and some types of bird are more vulnerable to this threat than others.

Birds of prey, such as eagles, buzzards and vultures, use the same wind resources that turbines need to operate. These large soaring birds use the wind to help power their own flight, using updraughts and thermals to gain height.

This can make them particularly vulnerable to collisions with wind turbine blades, which can travel at speeds of up to 290 kilometre / hour and either eagles don’t see them or don’t perceive them as a threat until it is too late.

In South Africa, recent research found that 36 per cent of birds killed by wind turbines were birds of prey. These birds have long lifespans and produce relatively few young each year, which means that even a small increase in deaths can cause their populations to decline.

This wind-wildlife conflict has been termed a green-green dilemma: More clean energy and healthy bird populations are both desirable environmental goals, yet with detrimental counter effects.

Verreaux’s eagles are found in many of the mountainous regions of sub-Saharan Africa. Their range overlaps considerably with the locations of existing and proposed wind energy developments.

In South Africa, the raptor is the most commonly reported sensitive species in environmental impact assessments, being mentioned in 65 per cent of reports.

Between 2015 and 2019, 14 adult and five juvenile Verreaux’s eagles were reported killed by wind turbines in South Africa. These deaths have occurred during a period when the country had relatively few operational turbines. Without a solution a sharp rise in collision mortalities in the coming years can be expected.

We wanted to produce a tool that would reduce the risk of the eagles colliding with wind turbines, while also helping the energy industry to build wind farms in an efficient and sustainable manner. Our new paper presents a predictive tool which does precisely that.

The best way to reduce the threat to eagles is to locate turbines away from areas that are most often used by the birds. Until now this has typically been done crudely by excluding development from a circular area around eagle nests.

But these circles aren’t always big enough to protect resident eagles. And eagles rarely stick to a circle in the way they use the landscape around their nest site.

We therefore investigated how eagles actually use the landscape around their nests, and specifically where they fly at heights that would put them at risk of turbine collisions.

To do this we attached small global positioning system (GPS) transmitters to the eagles’ backs. Over eight years, we tracked 15 adult eagles and collected 13.6 bird-years of tracking data. This gave us over 55,000 3D locations to analyse.

Using our tracking data, we examined which landscape features were associated with eagle flight at a height where collisions could occur. We found that eagles flew most near particular slopes, elevations and closer to their nest.

Our tool showed where wind turbines could be placed without harming eagles. Eagles don’t use all the areas within a circular buffer. Because of this, our model can free up around 20 per cent more land to be developed for wind energy while providing the same level of eagle protection. This is positive for both eagle conservation and wind energy development.

The model can assess the risk to eagles early on in the planning stage of new developments. This can save costly investment in long-term monitoring at sites which might only later turn out to be unsuitable for development. The model also provides an objective assessment of sites when environmental consultants have contrasting recommendations.

Other locations and species

Our predictive tool was built using data from Verreaux’s eagles tracked only in South Africa. We are now eager to explore whether these models will be useful in other areas of their range where wind energy is also increasing, for example in Ethiopia and Kenya.

Verreaux’s eagles are not the only species threatened by wind farms. Our work built on similar work already completed on bearded vultures. In South Africa there are also concerns for other raptors; Cape vultures, martial eagles and black harriers are all threatened species which have incurred deaths from wind turbines. We are working towards building similar tools for all these species.