Electric two-wheelers can help save Rs 25,000 every year against the cost of those that run on internal combustion engines 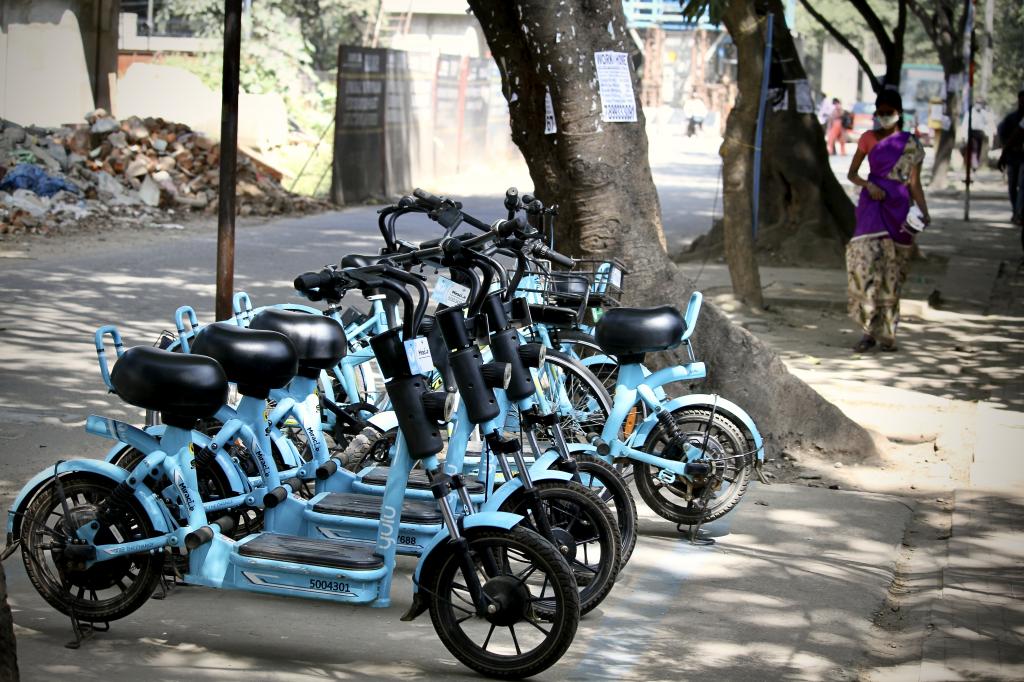 The central government's Department of Heavy Industry June 11, 2021 revised incentives linked with two-wheelers under the Faster Adoption and Manufacturing of (Hybrid &) Electric Vehicles in India (FAME) incentive scheme: Incentive given to per kilo watt hour (kWh) battery capacity of vehicle models was increased and the maximum incentive that a vehicle model can receive was doubled.

FAME II (the revised FAME scheme) in India has been incentivising electric vehicles (EV) since 2019. The scheme has managed to stimulate sales of over 76,000 vehicles in the last two years, amounting to more than Rs 221 crore total incentive, according to the live counters on the official website.

FAME incentivises all categories of vehicles: Two-wheelers, three-wheelers, four-wheelers (commercial only) and buses. As many as 34 of the 124 models available under this scheme are electric two-wheelers sold by 10 original equipment manufacturer (OEM) in India, including EV industry leaders like Ather, Okinawa and Hero Electric.

The decision came amid the country’s slow recovery from the novel coronavirus disease (COVID-19) pandemic to improve electric two-wheeler sales. This was announced at a time when more commuters were expected to look at personal vehicles as their primary mode of transportation to avoid the risk of infection in public and intermediate public transport services.

Apart from personal use, electrification of small-format mobility, especially two-wheelers, can also be leveraged due to increase in various emerging-use cases after the pandemic such as ride hailing, last-mile delivery services and rentals.

A commuter’s preference towards electric mobility can play an important role in achieving India’s target of achieving 30 per cent electrification by 2030 (30@30 target).

Electric two-wheelers offer significant cost advantages over their internal combustion counterparts. A 40 kilometre (km) battery range electric two-wheeler running 60-75 km every day can save up to Rs 95 per 100 km in its total cost of ownership over seven years. This was claimed by management consultants McKinsey & Co in a comparison with a two-wheeler with a 45 kilometres per litre internal combustion engine (ICE). This amounts to saving more than ₹25,000 every year.

The two-wheeler segment presents increased consumer willingness to shift to electric than any other segment due to the easy charging options that come with smaller battery packs. Most electric-wheelers sold in India can be charged by 15 ampere electrical sockets available in every Indian residence.

Alternatively, some OEMs such as Ather also provide an option to purchase a small wall mounted charger to charge their vehicles in their garages and apartment parking areas.

The vehicle stock, however, is still too low to consider this a proper win. In 2020-21, only 41,000 electric two-wheelers were registered in the country, as opposed to the 1.1 crore conventional ICE two-wheelers. This means the former had a market share lower than 0.50 per cent.

An average two-wheeler eligible for incentives received a 22 per cent reduction in the purchase cost of the vehicle under FAME through June 10, 2021, according to an analysis by the Centre for Science and Environment, a Delhi-based non-profit.

After the revision in the incentive structure under FAME, an eligible two-wheeler can enjoy an average cost reduction of 35 per cent, which is a major improvement for the segment.

In India, 16 states now have either a notified or a draft public EV policy aligned with the electrification target of the nation. To achieve the objectives stated in these policies, many states are also offering fiscal incentives to the buyer in addition to the FAME incentives.

Tarun Mehta, CEO of Ather Energy, termed the day as a “demonetising moment for the EV industry” on microblogging site Twitter. Electric two-wheelers are expected to disrupt the market due to this additional incentive, reaching 6 million units by 2025, he added in an interview.

This change can induce indigenous development of future technology as manufacturers will invest more towards sustainable mobility solutions due to the increased consumer demand, said Sudhanshu Venu, joint managing director at TVS Motors.

Relaxation and revision in the scheme will ensure more OEM participation and more vehicle models can be subsidised under the scheme, Euler Motors’ founder and CEO, Saurav Kumar said.

Two-wheelers have the maximum potential for rapid electrification in India due to the increased consumer readiness to adopt than other segments. The decision to prioritise two-wheelers and increase incentives for the segment was a good mix of careful attention to the trends and rapid response by the government.

The two-wheeler segment has seen a boom in market share starting 2019, when FAME II was notified. The scheme gave incentives to both commercial and private two-wheelers (the only vehicle segment to receive incentives for both) registered in India.

This change, combined with the resurgence of small-format mobility after the pandemic, can recreate a similar market disruption for two wheelers.