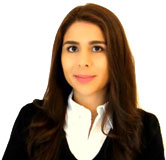 In a continent that is starved for energy and infrastructure, it is an enigma that India’s markets for energy efficiency have yet to take off. The crux of the problem, relies in that politicians, policy-makers and financiers have yet to realize that energy efficiency is inexpensive and easily scalable when compared to the development of large-scale power plants. The Indian focus is very much on increasing energy generation rather than avoiding the use of energy in the first place. India needs to value each kilowatt hour (kWh) of energy saved on par with each unit of energy generated. As such, the first policy choice in the path towards energy security and energy for all must be encouraging industry and consumers to use energy more efficiently.

India’s energy deficit cannot be accomplished without due focus on energy efficiency. Nevertheless the scarcity of commercial loans to energy-efficiency projects in the Indian market hinders the development of this sector. Commercial banks lack the guidance and expertise to feel comfortable lending money on a cash-flow basis to energy-efficiency projects. The project’s credit inaccessibility in India is presented not for the lack of funds, but rather because Indian financiers have no confidence neither the expertise in the bankability of the energy-efficiency sector.

In detail, the scarcity of commercial loans to energy-efficiency projects in the Indian market is due to; lack of information and/or trust and skepticism on the side of the banking industry, limited understanding of energy-efficiency opportunities (including Energy Performance Contracts) for financiers, small project size and high transaction costs for financiers, high perceived technical and business risks, lack of standardized methods and processes for the energy-efficiency gains, legal and regulatory frameworks not compatible with energy-efficiency investments and administrative hurdles, such as complicated procedures and high transaction costs (each loan has to be custom made as no standardized format exist).

To that end, in this article, I want to present 5 immediate actions to overcome this barriers and make this sector bankable. All of these suggested actions are practical and implementable in the immediate term. They do not require large executing budgets, but they do require technical expertise, political will and persistent follow up. These ideas are also multi-disciplinary—they cut across and provide solutions to prohibitive perceptions of risk in investing and financing energy efficiency, the lack of reliable base lines and poor policy incidence.

Establishing standard baselines are hence a critical first step to kick starting a market for energy efficiency. They form the basis for reliable and comparable investment-grade audits that investors and banks need to evaluate the bankability of energy-efficiency projects.

In order to foster the development of this crucial baselines The Government of India must step in to address this market failure by making the upfront costs related to realizing project-specific demonstration projects and the establishment of project-specific baselines tax deductible.

The multiplier benefits of an M&V protocol are also noteworthy, as they will help Indian policy-makers achieve wider goals on energy security and low-carbon development. The historical data that will be built through the protocol will lead to the design of more sustainable and resilient facilities and infrastructure, provide for the better management of energy loads and increase the credibility of energy efficiency as a cost-effective operations strategy.

Furthermore, a financing protocol will provide market actors with a standardized approach to managing the performance risks and benefits associated with efficiency business transactions. It will help banks and investors understand:

As markets for energy efficiency gather speed, development banks can play a crucial role in providing credit guarantees to first movers—especially to the banks who will be willing to take on the risks of early investment in energy efficiency. Such guarantees are particularly important given that the bankability of an Energy Service Contract needs to be based on future energy services and associated cash flows rather than on the value of the asset or collateral in question.

In June 2010 the Government of India announced its intent to establish a Partial Risk Guarantee Fund (PRGF) to provide commercial banks with partial coverage of risk exposure against loans issued for energy-efficiency projects. The guarantees plan to cover a maximum of 50 per cent of the loan amount or INR300 lakhs—whichever would be the lesser value. However, this fund is yet to be developed, structured and deployed, and it is unlikely to happen in the immediate term. The most viable option in the immediate term would be to leverage the existing Credit Guarantee Fund Scheme for Micro and Small Enterprises (CGMSE) that provides collateral-free credit to the micro and small enterprises.

Action # 4: INCREASE PRIVATE CAPITAL FOR ENERGY EFFICIENCY BY EXPANDING THE CORPORATE SOCIAL RESPONSIBILITY “2 PER CENT PROVISION” CLAUSE TO THIS SEGMENT

The Indian Companies Act 2013 has been revised and has a clause popularly called the “CSR 2 per cent provision.” This provision applies to companies that have a net worth of INR5 billion or more (US$83 million) or a turnover of INR10 billion or more (US$160 million). The act requires that companies spend 2 per cent of their average profits made from the last three financial years on “CSR activities. ESCOs can find a unique opportunity under the new corporate social responsibility (CSR) rule, This 2 per cent provision can be the source of funds that they seek for projects. Currently, non-information technology (IT) companies like steel and cement spend more than 2 per cent of their profits on CSR activities and IT companies spend only 0.3–1.5 per cent (Urs, 2014). Rough estimates point out that the new CSR clause will be applicable to at least 800 companies, creating a fund pool in the range of $1.95 billion to $2.44 billion exclusively for spending on CSR activities (Business Standard, 2014). Since this idea is new, a pilot project bringing together the necessary stakeholders and the government’s buy-in can demonstrate that the new 2 per cent clause is indeed a source of funds for ESCOs and a ray of hope for the energy-efficiency market.

Energy subsidies work against the case for energy efficiency. They lead consumers to value energy less, thereby providing less of an incentive to invest in efficiency. India has historically subsidized energy, and particularly electricity prices, to protect the interests of the poor. Subsidies make energy accessible for consumers, particularly making grid electricity accessible for poor consumers. For these consumers, subsidized electricity suddenly also becomes an affordable alternate to other fuels like kerosene, which is mostly used by rural households for lighting.

Electricity subsidies severely affect the health of the discoms, the distribution companies that have to buy electricity at cost from power generation companies, but have to retail it to consumers at a subsidized cost. The cost of supplying electricity increased at an average rate of 7.4 per cent annually between 1998–1999 and 2009–2010. Simultaneously, the average tariff also increased at an average annual rate of 7.1 per cent; however, between 2007–2008 and 2011–2012, the gap between the average cost and the average tariff per unit of electricity was between 20 and 30 per cent of costs, as shown in the table below. These losses were compounded by those linked to transmission and distribution. The commercial losses for discoms in India increased from INR166 billion (US$2.8 billion) in 2007–2008 to INR378 billion (US$6.5 billion) in 2011–2012 (Balasubramanian, 2013).

In conclusion, 5 immediate actions have been exposed which will enable policy-makers, the energy and power sector, and energy-efficiency proponents to work together to kick start a market for energy efficiency in India. The international Institute for Sustainable Development (IISD), where the author of this article works, aspires to work with stakeholders in India to validate the debate on energy efficiency and lead the development of the tools and initiative. For one, we would seek to engage with the United States Agency for International Development (USAID), the German Federal Enterprise for International Cooperation (GIZ), the Swiss Agency for Development Cooperation (SECO), the World Bank and the Bureau for Energy Efficiency, and Energy Efficiency Service Limited to finalize the development of monitoring and verification protocol. Moreover, we aspire to be involved in, and even lead, the development of an India-specific financial protocol to enable banks to regard energy efficiency as a bankable opportunity. The author of this article and her team have recently published a full report on Energy financing in India which can be downloaded here. IISD seeks to engage with stakeholders in India and outside to begin action. We invite your feedback and interest in collaboration.