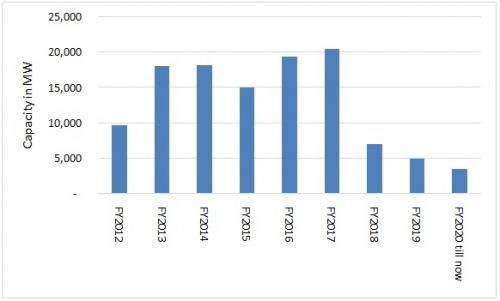 However, NEP estimates are not reflected on the ground says Priyavrat Bhati, Advisor, CSE, "I disagree with NEP. In fact, companies have seen the writing on the wall and slowed down capacity additions."

Only three projects have got environmental clearance under thermal category since the beginning of this year, according to the Union Ministry of Environment, Forest, and Climate Change.

In June 2018, the NTPC decided to drop its 4,000 MW green field coal-fired Pudimadaka Ultra Mega Power Project (UMPP). The plant was planned in 2011 with a power purchase agreement signed with the Andhra Pradesh government.

A month later, the Maharatna utility confirmed it had no intention to pursue two other planned coal power plant developments — the 1,980 MW Nabinagar-2 and 1,600 MW Katwa thermal power generating units in Bihar and West Bengal.

In the last three years 70 per cent of the new generation capacities added to the grid are renewable (see Graph 2: Renewable capacity additions displacing coal). 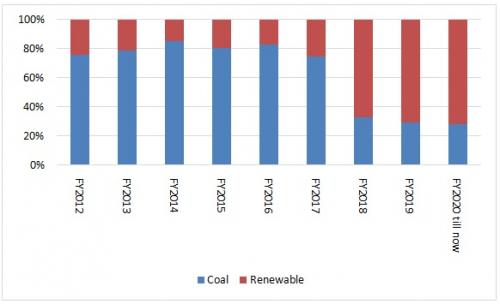