The sector is losing its sheen, with dropping capacity addition, lukewarm response to new auctions, and a plummeting manufacturing sector

Wind power saw a steady growth in India for about three decades (1985-2015). The country currently ranks fourth in the world in wind power, with 37.5 gigawatt (GW) of capacity installed, most of which was driven by incentives such as accelerated depreciation and generation-based payments and attractive feed-in tariffs (FiT).

In 2015, India announced an ambitious goal of installing 175 GW of renewable energy (RE) by December 2022. However, it accorded a somewhat modest target of 60 GW to wind as the focus shifted to solar power. At that point, the domestic wind industry had already matured, with an installed capacity of 25 GW.

Over the last few years, policy missteps have meant achieving even this limited target will be difficult. According to the Union Ministry of New and Renewable Energy (MNRE), wind projects aggregating 13 GW are in pipeline (at different stages: tendered, awarded, under-development), and another 10 GW is expected to be tendered in the coming months to meet the target.

However, the industry is not as confident. The wind power sector is losing its sheen, with dropping capacity addition, lukewarm response to new auctions, and a plummeting manufacturing sector. Recent research by Crisil says wind installations may reach only 45 GW by March 2022.

Hit by a slowdown

The wind sector dominated the RE capacity addition for almost three decades, but its share has been declining in recent years. Wind capacity addition peaked in 2016-17, with about 5.5 GW of installations. Leveraging on this growth, a target of achieving 60 GW wind installations by 2022 required 5 GW addition for the next seven years, which was unambitious for the growth the industry was witnessing.

Capacity addition and total installations of wind energy in India 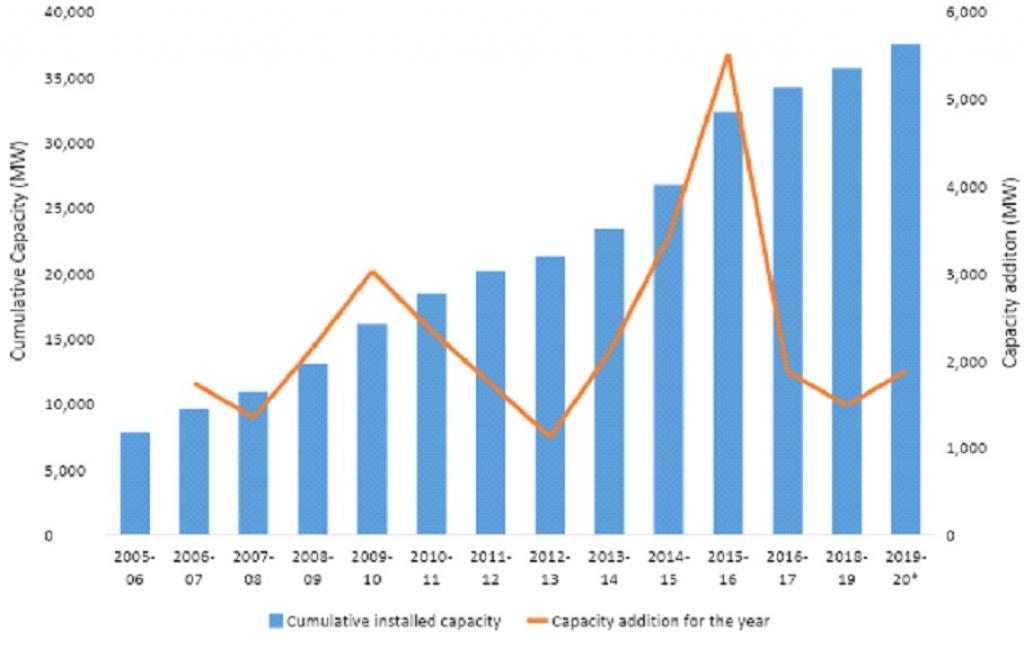 The Parliamentary Standing Committee on Energy, noted, “year-on-year shortfall in achievement of targets may hamper the entire mission of achieving 175 GW (of renewables) by 2022.”

Effect of competitive bidding and other issues

Given the success of the competitive bidding model for solar projects, the government decided to introduce it for wind projects in February 2017. Eighty projects of 12 GW have been awarded to wind developers through auctions so far (see graph). 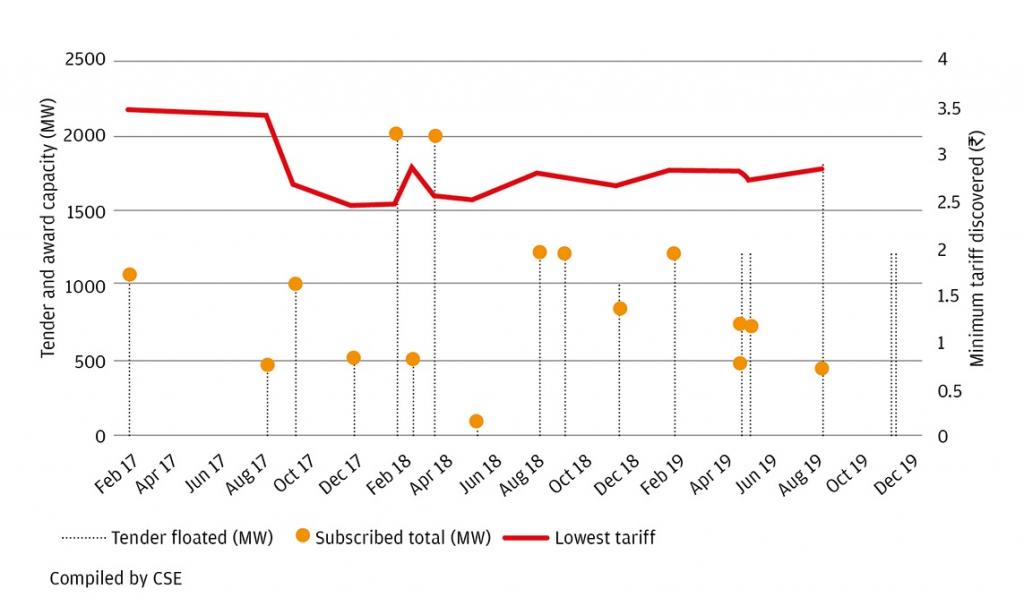 Initial auctions were typically over-subscribed as the manufacturers were keen to run down their inventory so the developers made aggressive bids. Thus, progressively lower tariff rates were discovered.

The impact can be seen as the Solar Energy Corporation of India Ltd had to postpone its latest 1.2 GW wind interstate transmission system programme for the fourth time as it could not attract developers.

It is required that the problems associated with the growth of the wind sector be addressed at the earliest so that it gets back on track.