The Srivilliputhur-Megamalai Tiger Reserve will provide protection to Megamalai, the Vaigai’s primary catchment, in turn helping water levels to rise in the river 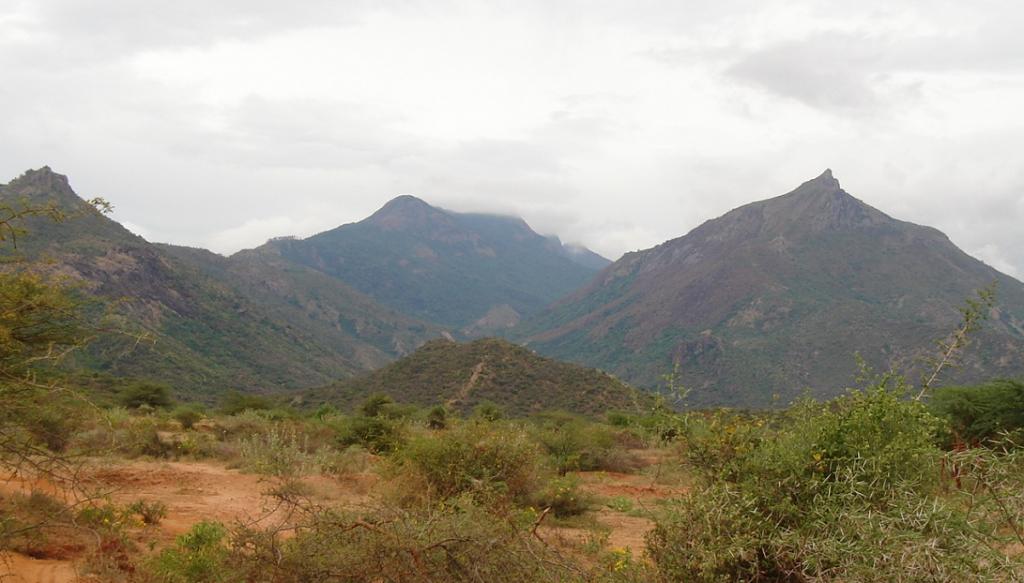 The Vaigai is truly India’s ‘heritage river’. For centuries, it has seen the rise and fall of human civilisation. However, today, it is beset with problems similar to any river in the world. But that could change with the declaration early this year of a tiger reserve in Tamil Nadu.

Let us first try to understand the context to all this. The Vaigai was the river that flowed through the fabled city of Madurai, the capital of the ancient and prosperous Pandya kingdom located in southern Tamil Nadu. The river finds a mention in Sangam literature dated to 300 before Common Era.

The Vaigai is 258 kilometres long and finally empties into the Palk Strait near the Pamban Bridge in Ramanathapuram district.

So how did things deteriorate for the Vaigai? It happened at the end of the 18th century when the British started deforesting the Megamalai region which acts as a major catchment for Vaigai.

Consequently, the water flow in the river reduced gradually. As a result, the people who depended on the river for their livelihood, faced innumerable hardships. Some 200,000 people died in this region during the Great Famine of 1876-77.

Following the famine, the British Crown proposed diverting water from the Periyar and feeding it to the Vaigai through a tunnel.

Major John Pennycuik and his team built a dam at the confluence of the Mullaiyar and Periyar rivers and the work was completed successfully after eight years in 1895.

The Periyar project, was widely considered ‘one of the most extraordinary feats of engineering ever performed by man’.

After completion of the dam, the water from the Periyar was successfully brought to the Vaigai, which revived again.

The Vaigai presently gets about 80 per cent of its water from the Periyar dam. The balance 20 per cent is obtained from the major watershed of the Megamalai region during the northeast monsoon season.

But, due to indiscriminate removal of sand from the river, whatever water flows into the Vaigai gets drained within a few days. Because of this acute scarcity of water, the open wells and the bore wells located on the banks of the river have dried up as the groundwater level has gone very deep.

The Megamalai forests are in a very bad shape currently, interspersed with numerous encroachments and many private plantations.

Though Megamalai was a Wildlife Sanctuary (WLS), the thin staff could not withstand the undue pressure exerted by the encroachers and the money-minded private estate owners, which resulted in degradation of the existing forests.

On February 8, 2021, the Srivilliputhur-Megamalai Tiger Reserve (SMTR), was jointly declared by the Centre and Tamil Nadu governments. For this, the Megamalai WLS and the adjoining Srivilliputhur WLS were clubbed together. The new tiger reserve is spread over 101,657.13 hectares (1,016.5713 sq km).

Contrary the popular perception, a tiger reserve is not formed for just protecting tigers. They offer many other advantages.

The staff who work here are given pay benefits with the idea of motivating them to carry out their work with zeal and dedication. Protection is tightened.

Whatever funds are provided by the National Tiger Conservation Authority, are directly allotted to the concerned tiger reserve.

The staff are provided with special training and equipped with latest electronic gadgets and weapons to tackle poaching and other illegal activities.

Due provisions are made for giving compensation for damage caused by wildlife to agricultural and horticultural crops as well as injuries caused and deaths of humans and livestock. This system reduces the poisoning of carcasses that lead to the deaths of wild animals like tigers or leopards.

Protecting carnivorous and herbivorous animals, in turn, protects the natural forests that are their habitat. Likewise, when we protect elephants, they, in turn, help in seed dispersal, improve the fertility of the forest floor through their dung and help in the survival of certain giant and large size trees.

Elephants are said to be natural gardeners. According to ecologists, without elephants, the woodland ecosystem may cease to exist.

So, by protecting wild animals, the natural forests, their habitats which act as watersheds, are given protection. If forests are revived through proper protection, we can be ensured of perennial water supply.

The logic that making the area around Megamalai protected will ensure more water for the Vaigai has a precedent: India’s southernmost reserve, the Kalakkad-Mundanthurai Tiger Reserve (KMTR).

During 1970 and the subsequent years, large numbers of trees were felled in the Mundanthurai forests which act as the catchment for the Thamiraparani river. As a result, by 1980, the water flow in the Thamiraparani got reduced and the Tirunelveli and Thoothukudi districts faced water scarcity.

The government studied the situation and concluded the water scarcity had been created due to the mismanagement of the Thamiraparani watershed.

Then, the government clubbed the adjoining Kalakkad WLS and Mundanthurai WLS and declared KMTR with the idea of strengthening protection and developing the forests which exist in the main catchment.

In the neighbourhood of the Manimuthar dam, the average temperature was 30 degrees Celsius two decades ago. Now, there is a dip of 1.5 degrees Celsius.

The change in the micro-climate has been created because of the improvement of the vegetation in KMTR. Now, there is water flow in the Thamiraparani almost throughout the year except one or two months during peak summer.

After the formation of the SMTR, the people of the five districts through which the Vaigai flows — Theni, Madurai, Ramnathapuram, Sivagangai and Dindigul — are hopeful of enjoying similar unlimited ecosystem benefits, including increasing the waters of the Vaigai.