Shared bicycles can be part of a more sustainable world; but, ridership needs to expand beyond those who are already committed to a green lifestyle 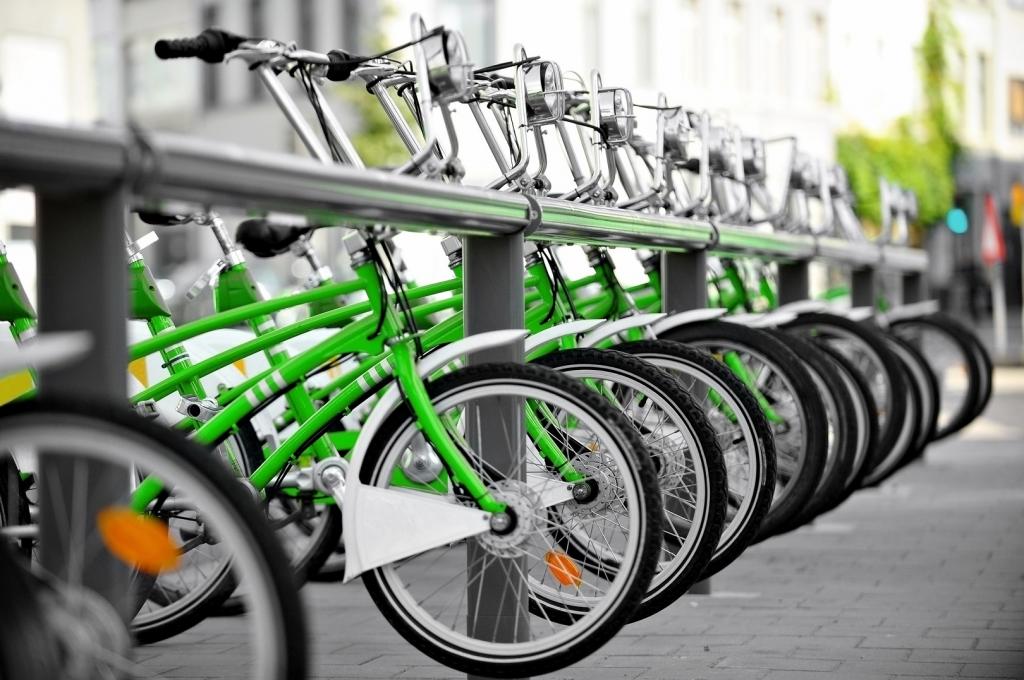 They seem to be everywhere. The bright, coloured bicycles can be found parked along urban streets, clustered in city parks, or just about anywhere in cities around the world.

They are known as shared bicycles. Using a mobile phone, a rider can access a bicycle, ride to a destination, then leave the bike at a designated station or just park the bike anywhere along a bike lane or street, depending on the type of bike share being used.

These bikes can be seen as two-wheeler taxis. Bike-sharing was introduced in 1996, but with a slow start. In 2004 there were just 13 bike-sharing systems in the entire world. By 2015 that number grew to 855, with a quarter of the systems in China.

Marketing research estimates that China had a ridership of 20.3 million bike-share users in 2016. Proponents of bike sharing systems tout their environmental benefits, saying that they reduce the use of fossil fuels and lower greenhouse gas emissions.

In 2016 they found that bike sharing in Shanghai reduced the consumption of petrol by 8,358 tonnes. Greenhouse gases like nitrogen oxide were reduced by 64 tonnes and carbon dioxide by 25,240 tonnes.

Does this data apply to other parts of the world?

The answer is a qualified perhaps. A number of research projects and literature reviews in the last five years have found that North Americans who use shared bikes are those who opt for more sustainable modes of transportation.

These individuals have already lowered their emissions; so, in effect, there is no petrol reduction and no greenhouse gas reduction from their bike share use.

Bike sharing systems thrive in some US cities, while they languish in others. Bicycle promoters say the reason for this difference is the lack of proper bicycle infrastructure, such as protected lanes for bikes.

Many would-be riders perceive cycling to be dangerous without the protected lanes. There are communities evicting the bicycles, complaining that the bikes create hazards for pedestrians by cluttering city streets.

Phil Mershon, a writer, grew tired of finding shared bikes left on his Scottsdale, Arizona, property. “Two or three times a week I would find those bikes abandoned in my yard,” he says.

Cycling to work has gone down in the US despite the construction of bike lanes in many cities. The percentage of Americans who use a bike to get to work fell by 3.2 per cent between 2016 and 2017 to an average of 836,569 commuters.

Bike sharing exists throughout India. However, Rutul Joshi of the Center for Environmental Planning and Technology University and Yogi Joseph of Concordia University in Montreal Canada note that there are fewer and fewer urban cyclists throughout the country.

They see this trend developing because of the automobile industry, rising incomes and the belief that cycling runs counter to the idea of modernity. They claim that there is a social bias against utilitarian cycling, leading to its neglect in urban policies and public projects.

Despite the goals of sustainability in the 2006 National Urban Transportation Policy as well as initiatives to promote cycling, the infrastructure to enable and encourage cycling is not being built in India.

Elliot Fishman, director of the Australia-based Institute for Sensible Transport, looked at large bicycle sharing systems from all over the world. He found that the biggest factor driving use of bike sharing is convenience.

A frequent shared bike user, Daniel Walsh of San Diego, California, can attest to this. He says that, though he has a bicycle of his own, he often uses a shared bike to go short distances around his neighborhood or run errands.

“It’s convenient. I don’t have the hassle of getting my bike out of storage or locking it up once I get to where I’m going,” he said.

As the research indicates, shared bicycles can be part of a more sustainable world. To realise that possibility, however, ridership needs to expand beyond those who are already committed to a green lifestyle.

Bicycle sharing companies can emphasise on convenience as their biggest selling point. Countries and cities can promote cycling in general by creating or enhancing infrastructure such as bike lanes. They can also counter biases against cycling and include cycling as part of urban policy and public projects.