COVID-19 is lethal for the world's indigenous peoples

Reverse migration, social discrimination and loss of their homes could have serious effects on the livelihood, health and well-being of indigenous peoples 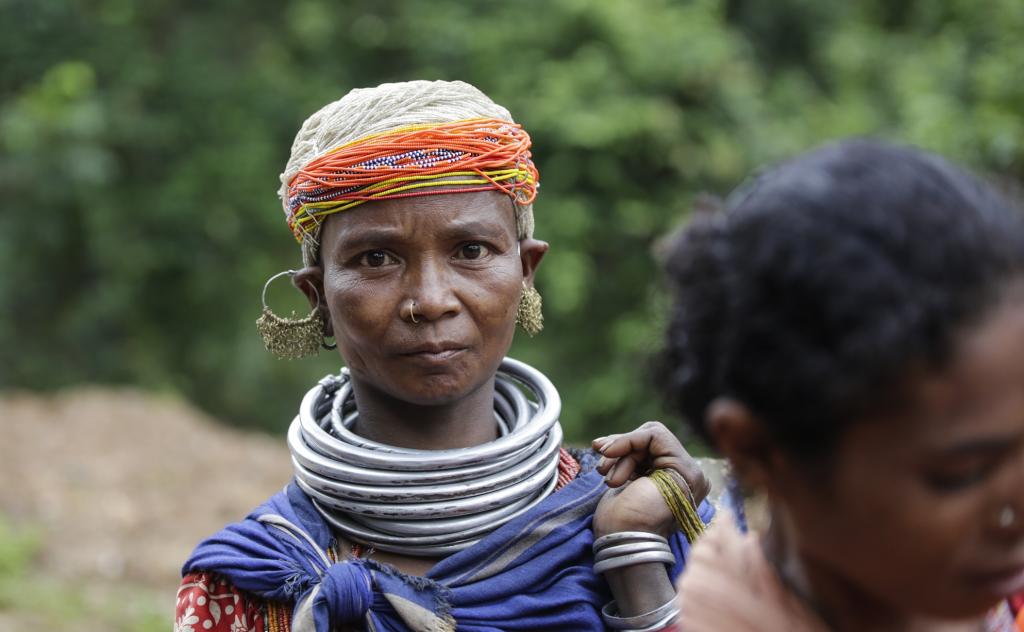 Odisha has the largest number of particularly vulnerable tribal groups in India like the Bonda people. Photo: Vikas Choudhary

Indigenous peoples in remote areas are extremely vulnerable to the novel coronavirus disease (COVID-19) than other communities. The pandemic may have serious effects on their well-being, livelihood and health.

Take, for instance, the situation in Brazil, where the state of Amazonas, predominantly inhabited by indigenous communities, has the most cases per capita.

“The idea that indigenous people are somehow biologically more vulnerable to new diseases is a myth,” said Carlos Coimbra, an epidemiologist at the Oswaldo Cruz Foundation in Rio de Janeiro. According to Coimbra, when a new virus enters a population that is immunologically naïve, it spreads rapidly. We have seen that in the case of measles and the Paiter Surui.

“Today, vaccines and regular contact with non-indigenous people have boosted indigenous people’s immunity to measles, influenza and other diseases,” points out Coimbra. It should be noted here that, COVID-19 is new to the entire world, thus complicating the situation for indigenous people.

However, the majority of health experts believes the other way. According to the United Nations, indigenous peoples experience high levels of maternal and infant mortality, malnutrition, cardiovascular diseases and other infectious diseases such as malaria and tuberculosis. And therefore, they are the most vulnerable group for pandemics.

“Indigenous people get sick faster, develop more severe symptoms and are much more likely to die from infectious diseases,” Ambika Tripathy, a medicine specialist based in Bhubaneswar, told me. “Their immune system is more vulnerable to all kinds of viruses,” Tripathy added.

Social and environmental factors also play a key role in making them more susceptible to outbreaks, believe anthropologists. “The overcrowded housings add fuel to the fire,” Himanshu Sarangi, a Sambalpur-based sociologist, told me. “Congested housing makes it much easier for infectious diseases to transmit from one person to another.”

In India’s tribal areas, basic healthcare facilities are extremely poor. Besides, a lack of key information and awareness to effectively deal with outbreaks further add fuel to the fire. Against this backdrop, the COVID-19 pandemic in tribal areas poses a serious threat to the tribal population.

The Union Ministry of Home Affairs has categorised 75 indigenous groups as the Particularly Vulnerable Tribal Group (PVTGs), the highest number of which are found in Odisha. Experts believe PVTGs are the most vulnerable groups within the indigenous communities amid the pandemic crisis.

To make the situation worse, no baseline surveys have been conducted among more than half of such PVTGs in the state. Without adequate data, it would be difficult to precisely identify indigenous families and their habitats. In this crisis, we need data on the demographic and socioeconomic profile of the indigenous groups.

As thousands of tribal migrant workers have lost their livelihood due to the nationwide lockdown and are on their way to their villages, reverse migration could destroy indigenous communities in tribal hinterlands.

“The returnee migrants can spread the virus in villages resulting in devastating impacts,” said Dilip Chakma, convenor, Indigenous Lawyers Association of India and its advisor, Paritosh Chakma. “It can wipe out indigenous peoples and permanently damage the survival of many communities.”

On March 27, 2020, The Hindu reported that over 30,000 tribal labourers from Jhabua district in Madhya Pradesh had returned from Gujarat, Rajasthan and Maharashtra. The same report said that an additional 30,000 from Jhabua had been left stranded in these states.

Another report by Down To Earth on March 25, 2020, said thousands of migrant workers, mostly tribals, had returned to their homes in Banswara, Dungarpur, Udaipur and Sirohi in Rajasthan; Jhabua in Madhya Pradesh and Dahod, Panchmahals, Banaskantha and Sabarkantha in Gujarat.

“We have seen the family members often secretly meets with the returnee migrant workers during his quarantine period,” Sanjay Chowhan, a Jhabua-based journalist told me. “It is risky. The virus can transmit to villages very easily, in case the migrant worker avoids mandatory quarantine.”

According to Chowhan, due to the poor quality of food provided in the quarantine centres, some family members bring food from their home for their returnee migrant family members.

“During global pandemics, indigenous peoples become more vulnerable, because they lack access to effective monitoring and early-warning systems. Also, there are hardly any adequate healthcare services available in their areas,” he added.

“It is their fear psychosis,” Manoj Kumar, executive director, Vikas Sahiyog Kendra, a Jharkhand-based not-for-profit organisation, working with the indigenous communities on issues related to health, education and livelihood, told me.

“They say we are uneducated people. We don’t bathe regularly. We are dirty people,” he said. Last year, his wife delivered a baby in his house. When asked why he did not encourage her wife to deliver at the hospital, Murmu wryly said, “It is risky in the hospital. They don’t take our case seriously.”

There is a need for a paradigm shift in the attitudes, knowledge and practices of healthcare providers who work in and around the areas of indigenous people. Besides, prime attention should also be given to ensuring respectful interactions with indigenous patients and their families, as well as providing quality healthcare that attends to their specific needs.

An enabling environment that will diminish their previous traumatic and negative experience with healthcare, must be created.

Loss of environment and wildlife is interlinked with pandemics

Indigenous communities play a vital role in wildlife conservation and environment protection. Several studies have proven that in the midst of a climate and ecological crisis, the best-conserved territories, in terms of biodiversity and natural resources, are those still inhabited by indigenous people.

Comprising less than five per cent of the world’s population, indigenous communities protect 80 per cent of global biodiversity on the planet to date.

Regrettably, due to their rich mineral deposits and natural resources, the areas inhabited by indigenous communities have attracted mining, industries, logging, poaching and large scale projects in the name of development.

As a result, the influx of outsiders to the indigenous habitats has exponentially increased. With unrestrained and frequent outsiders, comes the risk of deadly infectious diseases as well.

Several studies show that there is a connection between the destruction of the environment and exploitation of wildlife with new viruses such as COVID-19. “Commercial agriculture and unrestrained livestock farming are key factors for the depletion of the ecosystem,” Satya Dev, a Ranchi-based social researcher specialising on tribal development issues, told me.

“Protecting the rights of indigenous people on their land, forest and water are key to protect nature itself,” Kulaswami Jagannath Jena, a livelihood development expert at Agragamee, a not-for-profit organisation working for the empowerment of indigenous communities in Odisha for over three decades, said.

“They are the real guardians of forests and wildlife. Without their participation, it is impossible to reduce global warming, loss of biodiversity and curb future pandemics,” Jena added.

“A gender-sensitive approach is a key to a solution as women play a key role as principal caregivers for children and old age persons,” Devaki Mishra, a gender-expert based in Patna, said.

This means more focused attention should be given to women and adolescent girls during sensitisation and outreach programmes on COVID-19. In order to ensure effective communication, indigenous languages must be used. “Key messages on COVID-19 should be shared with the traditional leaders and youth leaders,” Mishra recommended.

The government, in collaboration with the academic institutions, local civil societies, and indigenous community-based organisations, should collectively strengthen capacities at the community and territorial level through communication materials, urgent health care service centres, with an analysis of region-specific vulnerability and long-term well-being.

“Top priority should be given on prevention, early diagnosis and treatment of all returnee migrants,” Benoy Peter, an expert on internal migration and executive director of Centre for Migration and Inclusive Development (CMID), a Kerala-based non-profit organisation advocating and promoting social inclusion of migrants in India, told me.

Anne Nuorgram, chair of the United Nations Permanent Forum on Indigenous Issues, said, “We urge the Member States and the international community to include the specific needs and priorities of indigenous peoples in addressing the global outbreak of COVID-19.”

“States should acknowledge the cultural, spiritual, and religious rights and responsibilities of indigenous peoples when considering measures to respond to the virus,” recommended Victoria Tauli-Corpuz, UN Special Rapporteur on the Rights of indigenous people. “We should provide culturally acceptable healthcare, food and humanitarian relief without discrimination,” she added.

In India, the Scheduled Tribe population numbers 104 million people, which is 8.6 per cent of the total population, according to the 2011 Census. In the absence of urgent action amid the COVID-19 pandemic, we can witness catastrophic results detrimental to the survival of indigenous people in the largest democracy of the world. Time is running out.

Abhijit Mohanty is a Delhi-based development professional and freelance journalist