COVID-19: Lack of funds in new normal may push some North American ethnic cultures into extinction 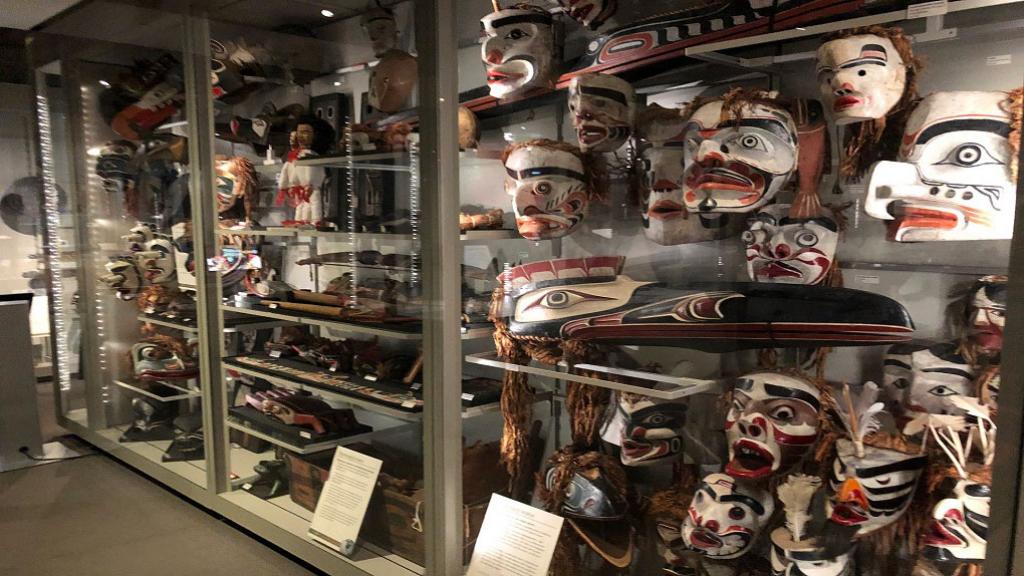 Ethnic cultures around the world are suffering from deterioration and degradation from the onslaught of globalisation. Several of them are on the verge of extinction.

The vast continent of North America is also not immune to this monumental global challenge that is seriously threatening several ethnic, indigenous, linguistic and cultural minority groups across the United States, Canada and Mexico.

Therefore, it is important to preserve and conserve such ethnic and cultural groups within the geographical boundary of a nation through consistent and comprehensive efforts and policy developments.

North American countries like the United States, Mexico and Canada have made significant advancements in the preservation, conservation, restoration and archiving of folk cultures through multiple processes of cultural network establishment via external and internal funding, government and corporate sponsorships, individual donations, extensive field-level research and development, mass education and awareness campaigns for the public and above all, individual support by people dedicated to the cause.

This article highlights feasible approaches of conservation of ethnic cultures from a North American perspective.

The novel coronavirus disease (COVID-19) pandemic has transformed into one of the most significant incidents adversely impacting socio-political life and economy across the planet. Like every other country, an under-prepared North America has also suffered a massive blow while struggling to flatten the infection curve. A deep division of the society and political life has thus surfaced without a prior warning.

Furthermore, the disruption in regular business due to repeated lockdowns and containment restrictions has further deteriorated the socio-political platform, opening up a Pandora’s box that the political elite of the continent have been visibly struggling to resolve.

Huge economic bailouts have been extended by local governments. However, the logistics of the distribution network and the highly strained healthcare system is struggling to cater to the ordinary citizens seamlessly.

In these new normal circumstances, North America faces an uphill struggle to move forward with limited human and financial resources. As a consequence, grants and endowments dedicated for cultural issues have been massively trimmed, impacting ground-level conservation work on preserving endangered ethnic cultures in the United States, Mexico and Canada.

The renegotiation of the North American Free Trade Agreement (NAFTA) treaty by the three participating nations have significantly impacted budgetary allocation for conservation of ethnic cultures across the region.

Furthermore, the closure and partial destruction of various large, small and medium businesses during the pandemic has damaged economic infrastructure of the three nations considerably, impacting fund support for many areas including ethnic cultural preservation and conservation efforts.

The continent has one of the largest concentration of world-class museums, art exhibition centres, art galleries, art schools and museums, cultural heritage units, art and historic artefact warehouses as well as ethnic art collection and display centers, to mention only a handful. These institutes are run by government as well as non-government organisations, charities, art and cultural preservation societies and organisations.

They house several million artworks and historical objects of primary interest to the life and culture of the ‘First Nations’ people of the continent (‘aboriginal’ or ‘tribal’ used in other countries). They need a substantial amount of funds for collection, preservation, storage, restoration, conservation and display.

Sale of tickets at these venues has been a big source of revenue which has now been reduced to a trickle amid the pandemic. The drastically slow revenue generation, in turn, has served a severe blow to preservation of ethnic cultures.

The continent of North America is blessed with the distribution of a wide number of various tribal or aboriginal communities with different language groups. Ethnic diversity of the continent is high and spread across Alaska and the vast Canadian Arctic in the north, across the great Northern Plains into the tropical biomes and deserts of Southern United States and Mexico.

This vast stretch of land is inhabited by numerous tribal communities, some of which are now extinct. The lifestyle, cultures and values of the extant groups are also threatened with extinction in the new normal.

It is now quite challenging to run these tribal communities and protect their traditional cultures due to acute shortage of funds. Thus, a highly sophisticated and time-tested system is facing collapse.

Any of these institutions and organisations with huge endowments would be able to overcome the situation. But a large number of them do not even have this privilege and are dependent on public money and donations for their existence.

Several museums and art galleries have come up with an alternative approach — virtual tours of the establishments for which domestic and overseas visitors can pay online. Interested individuals are buying digital day passes and exploring galleries on their screens to get a glimpse of the glorious cultural history of ethnic groups spread across this vast region.

But the scope for this at this moment is small as several institutions will need a technology overhaul and investments to make them ready for online tours. Nonetheless, this digital shift is slowly taking shape as it reduces crowding and violation of social distancing norms at the venues, thereby reducing risk of contamination.

In some cases, emergency government fund has been made available to the institutions for paying staff salary and day-to-day expenses.

The conservation of ethnic cultures is a challenging arena of modern anthropology. Therefore, it is important for us to work together on a common platform with consolidated efforts to combat the crisis in the new normal.

It is important to accept the challenge that we are facing and then rapidly adapt to changing circumstances and funding scenarios for managing museums and art galleries housing huge collections of ethnic cultural artefacts — a majestic tomb of our glorious past.