On the International Day for the Preservation of the Ozone Layer, here is a reminder of how continued adherence to norms is key if we don’t want the problem to recur

The ozone layer depletion, first identified to be a potential problem in the early 1970s, is quite often thought of as a ‘solved environmental problem.’  Is it really?

The ozone hole still occurs every year, like a clockwork, in the Southern Hemisphere spring. Its extent is not all that much smaller than what it was at its peak about 20 years ago.

The extent of global ozone layer depletion is also almost the same — a few per cent. Ozone depleting substances also have long lifetimes that makes them persist in the atmosphere for decades to centuries. So the substances and their effects will persist — beyond our lifetimes and possibly our children’s lifetimes.

That is the legacy of the long lifetimes.  The skin cancer, cataracts, and other deleterious effects will continue, and the people exposed to ultra violet radiation a long time back will still suffer the consequences even after the ozone layer is healed to a great extent. The legacy of bad actions taken in the past persist in consequence long after such actions cease.

Yet, it is important to remind ourselves that actions taken through the Vienna Convention, the Montreal Protocol, and the amendments/adjustments to the protocol were noble and planet-saving steps. Without them, our world would have been much, much worse.

Ozone layer depletion in the world would have been many times worse than today and it would have spread to the tropics with bad consequences to people and food production.  But it is also important to be vigilant and not undo the good that has been done to the ozone layer.

The recent detection of the ‘rogue’ production of CFC-11, one of the most powerful ozone depleting gases, is a stark reminder of the need for vigilance and continued scientific investigations. The early detection of this rogue production, which is prohibited under the Montreal Protocol, will hopefully forestall larger productions and thus minimise harm to the ozone layer.

It speaks volumes about the power of science to detect such emissions. It places the burden on the signatories to the treaty to fully honour the constant warning that the ozone layer will heal only with the continued adherence to the protocol.

The continued adherence is key — it is the accountability phase of any environmental action to ensure that the problem abates and returns the world to the intended state. We owe this to our future generations.

So, whose role is it really, to safeguard the world? This Ozone Day is a good time for each and every one of us to take a look at our refrigerator, air conditioner, and foam to make sure that we do not use and discharge ozone depleting gases — we all have an important role to play in saving our planet.

NASA images of the ozone hole from 1979 to the present 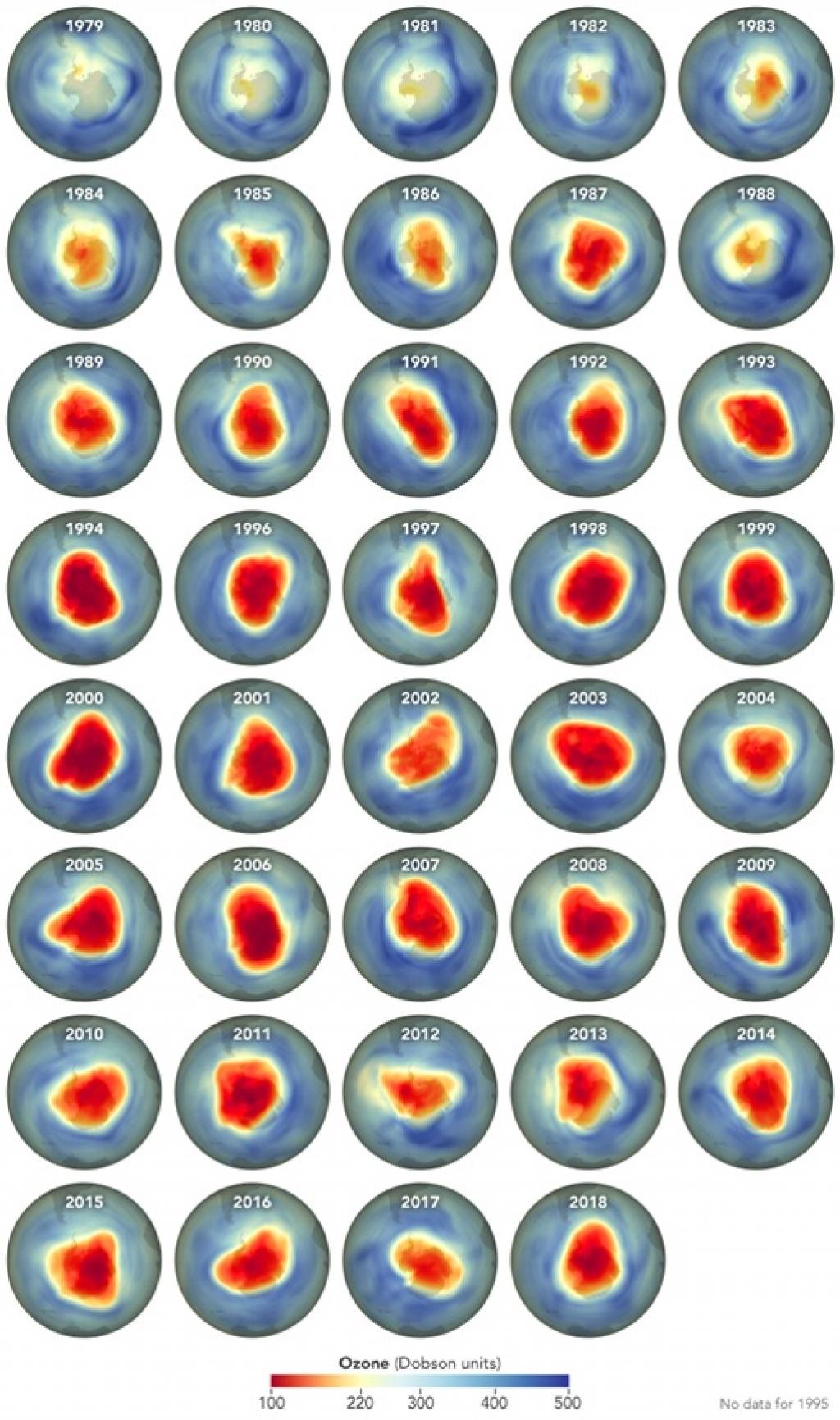 (A R Ravishankara is with the departments of Chemistry and Atmospheric Science at Colorado State University, USA)