Instead of proposing a coal-fired thermal power plant in an eco-sensitive zone, Bangladesh could have collaborated with India in building up solar power capacities for its people 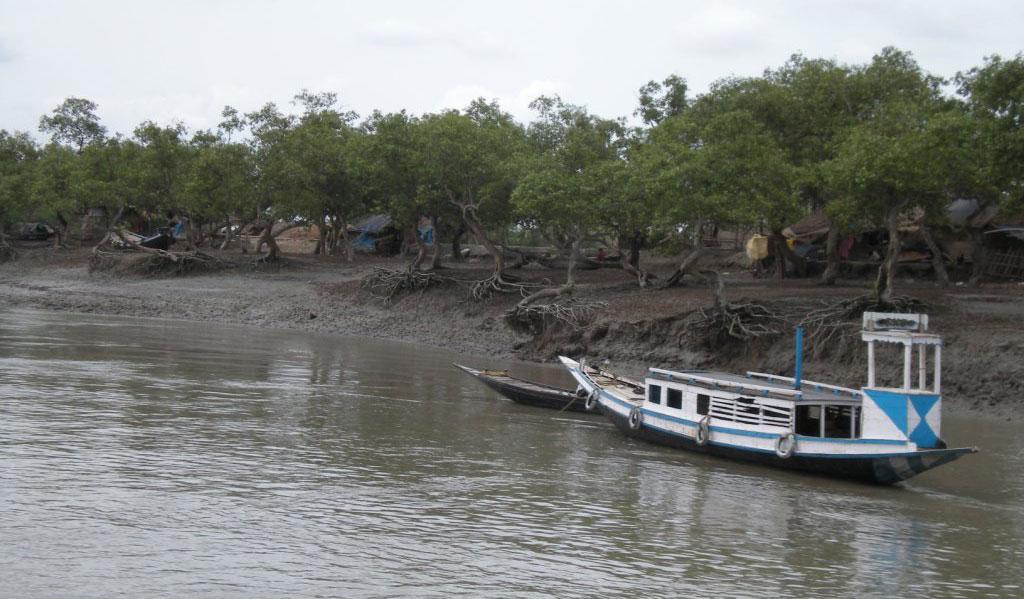 The Sundarbans may be politically divided between two countries, but in terms of landscape it is just one single unique forest area in the world (Photo: Deepanwita Niyogi)

In 1992, the world’s largest conference on environment and development witnessed the signing of some of the most vital conventions to protect the future of mankind in the 21st century and beyond.

One such convention was the United Nations Framework Convention on Climate Change, which has led to 21 meetings in the past 24 years. As part of this, major countries met to find out acceptable solutions to save future generations from the vagaries of climate.

The fact that climate change has largely occurred due to human activities in the post-Industrial Revolution era with ever increasing emissions of carbon and Greenhouse Gases (GHGs) is now a well established fact.

It is a common but differentiated responsibility of all countries to take steps to reduce the emission of GHGs to the maximum extent possible to save the lives and livelihood of seven billion people living on our planet.

There are only two ways to combat climate change—mitigation and adaptation. Major international funding agencies and national governments have agreed to work together to achieve the goal of reducing carbon emissions so as to limit the average future temperature rise to 2°Celsius and restrain carbon and GHG emission to 350 parts per million.

India is now the third largest carbon emitter in the world and though it has been declared a developing country in the past 50 years, the country has announced a National Action Plan on Climate Change with a goal of 12 national missions to be achieved by 2022. One of the goals is to change the energy scenario from thermal power to renewable energy.

During a programme known as Re-Invest under the Ministry of New and Renewable Energy, the Government of India targets the production of 100 gigawatt (GW) solar power, 60 GW wind power, 10 GW bio-energy generation and 5 GW micro hydel power by 2022.

The Ganga-Meghna-Brahmaputra delta shared between India and Bangladesh is facing a tough time due to climate change. The average mean sea level rise and the average sea surface temperature rise in this area are estimated to double the global average.

The region has been declared a world heritage site by the UNESCO, a Ramsar site by the Ramsar Bureau (for Bangladesh), a biosphere reserve, a national park and a tiger reserve.

It is one of the most densely populated areas of the world which is facing an increased number of cyclones and storm surges, apart from coastal flooding, erosion, submergence, soil salinisation and large-scale migration. The Sundarbans may be politically divided between two countries, but in terms of landscape it is just one single unique forest area in the world.

Therefore, it is surprising to read that a thermal power plant has been proposed within close proximity of the 14 km radius of the Sundarbans in Bagerhat, Khulna district of Bangladesh, at a cost of Rs 97 crore.

The plant is to be completed in five months. There will be two units worth 660 megawatt capacity each for which 47 metric tonnes of coal will be transported by the riverine route in 59 vessels annually. Strangely, India’s National Thermal Power Corporation is the major collaborator in this programme. The entire project of having another thermal power plant in the Sundarbans seems to be totally against the Indo-Bangladesh Declaration made during COP 21 to save the Sundarbans for the future generation.

Instead of proposing a coal-fired thermal power plant in an eco-sensitive zone, Bangladesh could have collaborated with India in building up solar power capacities for its people. The problem of carbon emissions, contamination of water due to fly ash ponds and adding on to the load of GHGs right in the heart of Sundarbans needs immediate and serious reexamination.

We can only hope that the Rampal Thermal Power Plant may change into a solar power plant to help save the world’s largest mangrove forest from destruction.