The Pulitzer-winning journalist has left behind a legacy to thousands of emerging photographers, a legacy to question 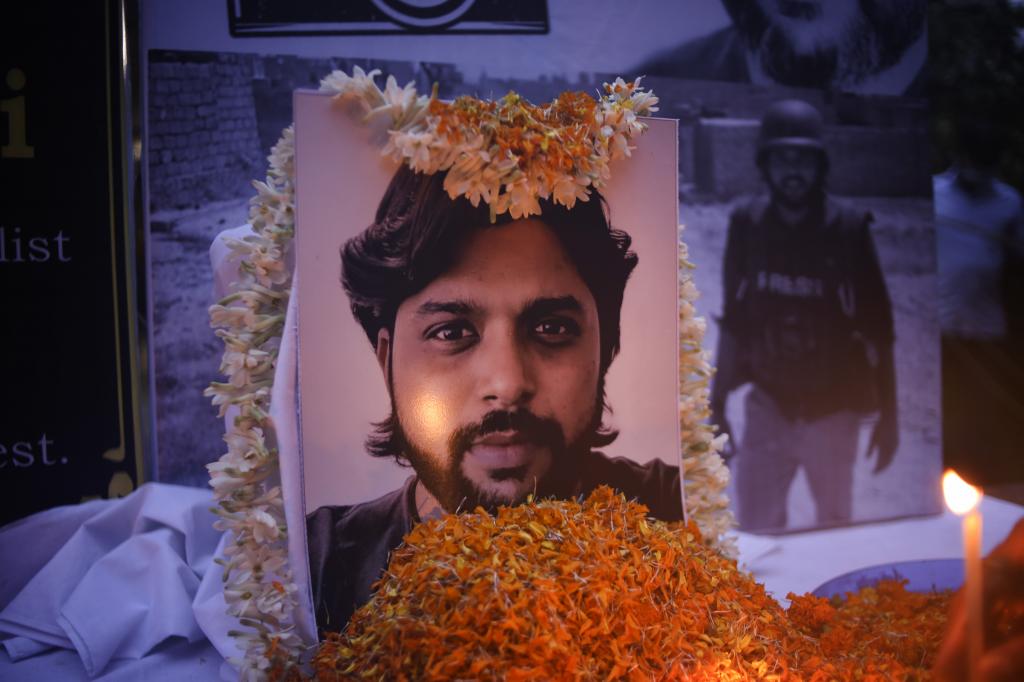 The image of a coffin suddenly appeared on my Facebook timeline. A coffin in the crowd. Within a moment the heart trembled up. The remains of Danish Siddiqui, the finest photojournalist of India, had arrived.

Danish was always all over social media the past two days. And why not? For more than two years, he relentlessly sketched the picture of the fragile democracy his country had become amid a crippled neighbourhood. The images he clicked were repeatedly the points of discussion; they will remain reference points in future.

The presence of innumerable people at his farewell journey underscored the responsibility he shouldered to unearth the truth of our times. Far away from Delhi, I too must pay my tribute to this man whom I came to know not much but who left an emptiness in my heart.

At the Delhi office of Thomson Reuters, I first met Danish: His blue-brown checked shirt tucked in, the hair neatly combed, some salt-and-pepper on his chin; he smiled and extended his hand in greetings. We had corresponded over emails before. After exchanging courtsies, we had a long-awaited discussion on photographs over a cup of coffee.

This was March 2020, right after the Delhi pogrom. We started communicating in 2019 for a fellowship program; he was my mentor.

His calm personality made me wonder how smoothly he could exit field after clicking some remarkable shots! Just the way he suddenly left us today.

After much horrifying and unexpected look at death in the past two years, we failed to adopt the stern reality of life — Death.

Over two-and-half-hours, he looked meticulously at my images, often shared his opinions but, more importantly, showed concern about India turning unsafe for women photojournalists. He seemed helpless while talking about the upsurge of Hindutva, something that could completely undermine the rights of independent journalists.

“You have taken some intense portraits of women. You should think about your safety first,” he said. After a few seconds of silence, he added, “you’ve made riots an art!”. I asked with some hesitation whether that was a matter of pride or shame. Honestly, I was a bit confused at that time regarding my work. His reply I will remember for long: “We, photojournalists are assigned to reveal what exactly is happening but we need people like you who spent a long time with the people to listen to their experience and to photograph them that make an intense story.”

I went to Delhi without any institutional support, without knowing much about the city. Delhi violence 2020 dragged me to confront the situation as an independent photographer. Danish scolded me a little the risk I had taken, but equally encouraged and acknowledged the work done. Courage in his blood.

The calm body wrapped in white clothes witnessed a lot of madness of emerging photographers. The courage has been frequently depicted through his lens. The loathsome form of communal India, the ruthless images of hungry migrant workers crossing the state borders to reach home during the unplanned lockdown and the ‘bird’s eye view’ of the whole country becoming a virtual deathbed during the second wave of the COVID-19 pandemic is nothing but the sheer depiction of courage that also drives him to Kandahar, Afghanistan to cover the clash between Afgan troops and Taliban.

Now he is above all the speculation. The departure from the beloved children, wife, friends and followers is making history that couldn’t be measured by any recognition and Pulitzer. He has paved the way for a child to home on the shoulder of a tired migrant father. Danish is a bit tired and sleeping inside the coffin in the dream of changing this inhumane system, passing the legacy to the thousand of emerging photographers to question.

At the same time, keeping an eye on any sort of extremism by stating the lines: “So long as men can breathe or eyes can see, So long lives this, and this gives life to thee.”

Views expressed by the author does not necessarily reflect those of Down To Earth.