A member of a non-profit committed to documenting all of the world’s 7,000 languages, explains why her organisation is on such a mission 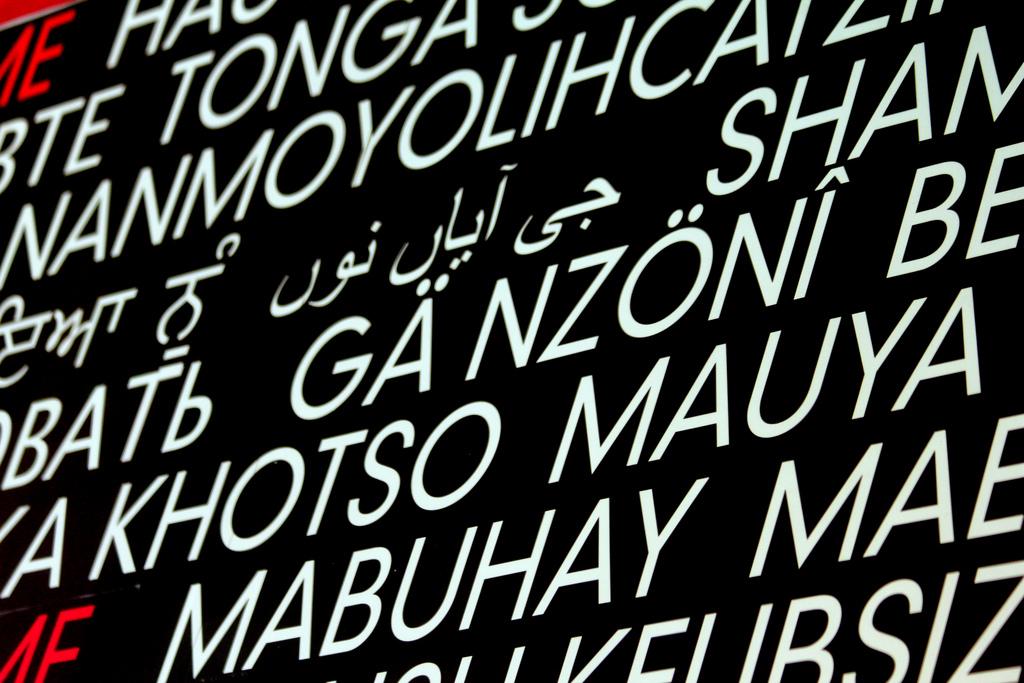 The word "Welcome" in some world languages Credit: Flickr

Language matters because it embodies the continuity of humanity: more than 7,000 languages, spoken and signed, express our myriad of cultures and identities. Language is the great library of human experience.

Yet, according to UNESCO, 3,000 languages are expected to vanish before the turn of the century. The library is burning. I work with Wikitongues, which hopes to make a difference. It is a movement to safeguard and promote every language in the world through open archiving, grassroots organising, and advocacy. We are an international network of more than 1,000 contributors on every continent, fighting to ensure that every person has the right to their language in the age of globalization.

Wikitongues is the only open-source effort in the world focused on achieving language preservation at scale. Other initiatives tend to adhere to centralised models of linguistic preservation, such as dispatching linguists to communities to build dictionaries; we emphasise community, equipping language activists with the frameworks they need to promote and preserve their languages and the languages of their countries, through recording oral histories, creating word lists, and other forms of linguistic documentation. In other words, rather than building a community’s dictionary, we are committed to helping communities build dictionaries themselves.

Wikitongues is therefore volunteer-driven and extremely decentralised, relying on the Internet and social media to coordinate between over a thousand contributors from the around the world. Our core team of volunteers hails from 80 different countries. They are students, retirees, linguists, chefs, anthropologists, economists, ranging from young adults to young-at-heart adults. Our volunteers step forward to join Wikitongues because they are passionate and want to donate their time to preserving human diversity through every language in the world—not just as volunteers of Wikitongues, but as people who love the languages and the cultures they embody.

When a community loses their language, bonds to their heritage are severed and the foundation of cultural identity is weakened. Given the essential role that language plays in our identities, our mission is integral to the larger social justice movement. However, in addition to cultural identity and heritage, the sciences and humanities are also at stake. In fact, entire research fields are dedicated to unraveling wisdom from the 7,000 ways we speak. Ethnobotany, for instance, leverages the vocabulary of certain languages to fast-track the classification of local species of plants.

Ethnobotany is particularly important in bio-diverse regions impacted by climate change, which tend to be culturally diverse regions too. Consider the Pacific nation of Vanuatu, one of the world’s most “linguistically-dense” countries. Located in Eastern Melanesia, the archipelago nation is home to rich biodiversity, which is encoded in the vocabulary of its many hundreds of languages. That is, local communities have words for different species of plant and animal life that have yet to be classified by researchers. This reality led the Bronx Botanical Gardens to partner with communities in Vanuatu—an instance of linguistic diversity fueling the scientific method.

Vanuatu is also home to a lively base of Wikitongues volunteers, who have documented more than a dozen languages in the country, including one that has yet to be documented by linguistics. Sustaining linguistic and cultural diversity in Vanuatu is integral to sustaining the country’s biodiversity. In addition to threatening local habitats, the pressures of climate change—namely, rising sea levels—are forcing entire coastal villages to be relocated. As these communities relocate and merge together, languages disappear, losing generations of knowledge. Endangered languages and endangered species are existentially linked: through the preservation of biodiversity, we spare the homes that harbour speakers of the world’s languages—and with them, our collective human diversity.