Our toothpastes, moisturisers and deodorants on one hand and burgers and fries on the other – have one thing in common: They are all composed of siloxanes 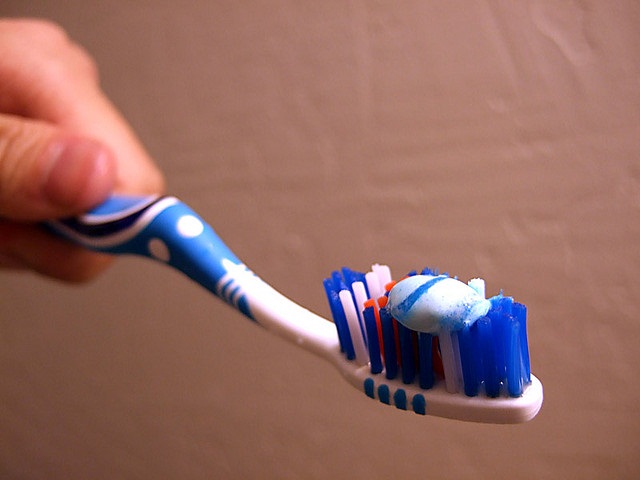 Where do siloxanes come from?

The name may sound Greek to many of us, but we are constantly exposed to siloxanes in our everyday lives. They are widely used in industries like cosmetics, medical, manufacturing, petroleum and so on.

So, if you brushed your teeth with toothpastes like Colgate or Close-up today, applied moisturiser to your skin, sprayed deodorant to combat odour-causing bacteria or washed your hair with a conditioner for silkiness, you used siloxanes. In fact, to your surprise, siloxanes may be present in the burger and fries you just bought from the fast food joint. The antifoaming as well as low-calorie fat substitute properties of siloxanes make them useful in the food and food-processing industries too.

What are siloxanes chemically?

Silicon (Si) is the second most abundant element on Earth after oxygen. Chemically, siloxanes are volatile organosilicon compounds that consist of a backbone of repeating silicon-oxygen (Si-O) bonds with organic groups attached to the silicon atom. Structurally, siloxanes can be either linear or cyclic. The structures and common names of the most common siloxanes are listed below.

Structure of some common siloxanes

Are they considered harmful?

Organosilicon compounds have been around since 1863. But organosilicon chemistry took off only around the 1940s, after successful introduction of silicon polymers. Silicon and its polymers are generally considered harmless. A variety of silicone polymers (synthetic polymers made up of mainly silicon and oxygen with various organic groups such as methyl, ethyl, benzene etc. attached to it) are used for a variety of purposes, and it is hard to tell if any particular one is more harmful than the others.

It wasn’t until 2014 that the US Environmental Protection Agency (EPA) entered an “Enforceable Consent Agreement” (ECA) to collect environmental-monitoring data on octamethylcyclotetrasiloxane (D4). The EPA mentions that “the purpose of the testing program is to conduct environmental monitoring to characterize specified sources and pathways of release of D4 to the environment and resulting exposure of aquatic and sediment-dwelling organisms to D4”.

Additionally, many studies that came before the EPA warned that some cyclosiloxanes (D4 and D5) have an effect on neurotransmitters, apart from suspected estrogenic and tumourigenic effects. One of the major concerns, however, is the persistence of siloxanes in different environmental matrices (different environmental compartments such as water, air, atmosphere) and their bio-accumulative properties.

Route to biogas and petroleum fuels

Biomass is the source of biogas. Biomass from plants and agricultural crops like corns, agricultural residues like bagasse and bio-waste from humans and animals are used for biogas production.

In many municipalities, biogas is produced in wastewater-treatment plants. As our day-to-day activities are incomplete without the use of toiletries, replete with siloxane-containing products, wastewater is the ideal source of siloxanes.

Most siloxanes are volatile compounds. Once released into the atmosphere, they are decomposed into intermediate compounds and eventually to carbon dioxide. However, some siloxanes remain in wastewater.

In wastewater plants, biogas is developed through activated sludge process. It involves microbial degradation of biomass without oxygen. Siloxanes are not decomposed in the activated sludge process and partly concentrate in the sludge. During anaerobic digestion, where the temperature of the sludge reaches approximately 60°C, siloxanes volatilise into the formed biogas.

Siloxanes are used as antifoaming agents during drilling by oil producers. So, there is always a possibility of fuel contamination with siloxanes.

Consequences of siloxanes in biogas and petroleum fuels

In 2007, motoring organisations that offer breakdown and rescue services in the UK were flooded by calls from distraught drivers. Thousands were experiencing engine troubles with their cars. After initial investigation, the reason was believed to be the presence of silicon in fuels that damaged the sensors of the engines.

The source of silicon in fuels in the 2007 incident was not clear. Some theories blamed the use of siloxanes as antifoaming agents while others blamed the use of hydrocarbon toluene from the electronic industry to boost the octane number of petroleum products (octane number is a measure of the performance of an engine). Similarly, in 2009, ethanol contaminated with siloxanes was added to petrol in the US and the result was similar to that in the UK.

When siloxane-contaminated fuels are combusted, after their hydrocarbon component is burnt off, siloxanes react with oxygen to form oxides of silicone (mostly SiO2 and SiO3) that are effectively particles of sand.

These silica/sand deposits can cause damage to the boilers, engines, turbines etc, depending upon the use. A reaction involving D5 siloxane is given below.

A quick look at the site of one of the world’s largest laboratory testing service provider, ALS Global, reveals that there is no official test for siloxane measurement. Considering the importance of this measurement, researchers around the globe have been trying to come up with methods for siloxane analysis. Various chromatographic, spectroscopic and hyphenated techniques are currently available in literature. Since the use of siloxanes is not going to be curtailed in our everyday lives and in industry in the near future, it’s time that various monitoring agencies around the globe come up with standard methods and permissible limits of siloxanes in different matrices.