Sustainable lobster harvesting in the Caribbean 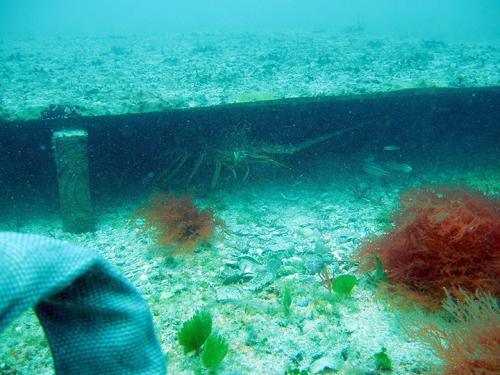 Wild harvesting of lobsters (Panulirus argus) from the deep sea is one of the most lucrative enterprises along the Caribbean coast, fetching over US $ 45 million annually. It provides jobs to thousands of people along the value chain. In 2014, lobster harvesting in the Caribbean Sea contributed to 63 per cent of the total fisheries export in the region.

But there is a downside. Despite economic advantage, the practice of diving deep into the sea to catch lobsters is unsafe for humans and has claimed many lives over the years. The focus should be on how to reduce human casualties and protect lobster population.

For over two decades, thousands of indigenous ‘Miskito’ divers along the Caribbean coast have risked their lives diving for spiny lobsters. In many cases, divers have ended up disabled and paralysed. They have fallen into coma and even died, largely due to a severe neurological decompression sickness, a condition known as “the bends”. The bends occurs when a diver ascends too rapidly from the ocean depths without “decompression stops” during the ascent. This leads to a rapid decrease in pressure. It is also partly due to inadequate training, lack of equipment and ignorance of safety rules. Every year, nearly 10 divers die while about 250 are treated for decompression-related illness.

In search of solutions

Due to overfishing, lobster population has been dwindling along the Caribbean coast. As a result, divers have to go farther and dive deeper into the sea to catch lobsters. The practice of simultaneous closed season has been part of regional measures to protect spiny lobsters in Central America.

Although lobster traps are used throughout Latin America for lobster harvesting, it has some challenges. First, traditional traps are associated with lobster mortality and indiscriminate harvesting. Harvesting of undersized juvenile lobsters and females carrying eggs are a serious conservation problem in the Mesoamerican reef of Central America. Efforts are underway to develop sustainable lobster traps in the region. Second, it is difficult to undertake selective harvesting that spare juvenile lobsters and females with eggs.

The use of artificial shelter techniques, known as “casitas,” to harvest lobsters on shallow sea depths has been developed and used in Mexico. This technique provides an alternative to conventional lobster traps.

Use of casitas: a ray of hope

The idea behind lobster casitas (artificial habitats for lobsters) is based on the premise that lobsters are easily attracted to shelters, crevices, rocks, corals, debris or any structures on the seabed. Within weeks, they quickly inhabit the casitas, packing and crowding carapace-to-carapace. Unlike traps, they are able to move freely in and out of the casitas. The casitas also serve as their shelter for growth and breeding. The fishermen then monitor, dive in, plug their feet into the sand and selectively harvest the lobsters under the shelters. The casitas enable the fishermen to harvest more lobster volume than the traditional method of snatching free-ranging lobsters. Unlike lobster traps, casitas do not require baits.

The use of casitas has twin advantages over traditional deep sea diving. First, it is safer for humans, as divers do not need to dive into deeper depths. Second, the technique is favourable for lobster conservation, as lobsters can freely move in and out of casitas, thereby reducing mortality associated with traps.

A holistic approach is needed that can reduce risks to livelihood and reduce pressure on lobster ecology and related ecosystems.  Use of casitas is a promising technique that could help reduce risks associated with traditional diving for lobsters along the Caribbean coast. This technique needs to be further tested, replicated and scaled up. However, necessary precaution must be put in place to ensure that materials used for constructing lobster traps and casitas are environmentally friendly in the coastal areas. A diversified blue growth economy needs to be developed that fosters decent employment opportunities, especially for youths in the Caribbean region.