Tarballs on India’s west coast: A tale of shifting responsibilities

Tarballs are hazardous to human life and marine biodiversity 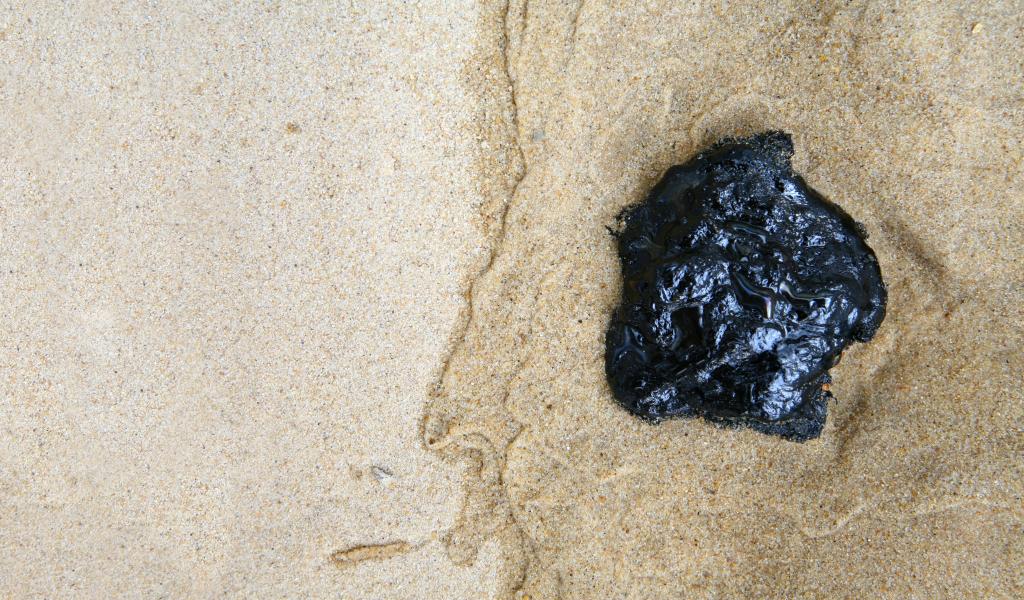 Tarballs hit the news headlines recently when they started appearing on well-known beaches of Mumbai and Goa. These aquatic pollutants, formed from weathering of crude oil floating on the ocean surface, have flooded Anjuna, Morjim, Colva and Mandrem beaches in Goa as well as Juhu, Versova, Dadar and Cuff Parade shorelines in Mumbai.

Tarballs are dark-coloured substances dropped off to shores by waves and sea currents. They accumulate in several sizes ranging from small globules to those as big as a basketball. The latter, which weigh 6-7 kilograms, are washing up more often these days.

The presence of tarballs can indicate oil spills. In addition to the big spills near Mumbai, the Arabian Sea experiences oil spills routinely as it is also a crowded oil transportation waterway, with western coast corporations like Bombay High, Panna-Mukta oil field, Tapti gas fields and Essar Oil.

“All the oil spilled in the Arabian sea eventually gets deposited on the western coast in the form of tarballs during monsoon, when the wind speed and circulation patterns favour their transportation,” according to a study by the National Institute of Oceanography (NIO).

The seasonal occurrence of tarballs on the west coast has made the experts and environmentalists demand an investigation into the problem.

Discharge from municipal waste, oil-well blowouts, deliberate and accidental release of bilge and ballast water from ships are among the main factors driving the formation of these pollutants.

Tarballs can be hazardous to human life due to the presence of Vibrio vulnificus, a bacteria whose entry through wounds could be fatal, according to scientifics studies.

These petroleum blobs also affect marine biodiversity in several ways, such as disturbing turtle habitats. This in turn, augments the impact on humans who consume marine fish.

The Brihanmumbai Municipal Corporation (BMC), the Maharashtra Pollution Control Board (MPCB) and the Environment Ministry have not addressed the tarball crisis yet, maintaining that they do not have a legal mandate, according to reports in the Hindustan Times.

Tests conducted by MPCB on beach deposits in Mumbai last year were inconclusive. The pollution control body said they do not have jurisdiction over the cleaning of beaches or in the deep oceans, where the oil leaks usually occur. They are also not authorised to control or produce guidelines for vessels and ships.

BMC claimed they are going beyond their jurisdiction to clean up the beaches and remove tarballs after “numerous complaints from the citizens”. Earlier this month, the civic body had removed almost 20,000 kilograms of tarballs from Mumbai’s Versova and Juhu beaches.

The tarballs are difficult to wash off from the cleaning equipment, the BMC reported.

BMC’s job is not pollution control. Let us assume that the tarballs are coming from the crude oil industry or from ships. We do not have the power to penalise them. That is the job of the maritime authorities or the pollution control board. If it was in our power, we would have already taken action against them.

The environment minister of Goa, Nilesh Cabral, said that as the state government does not have much control over the source of tarballs, the state will write to the Centre. He said, "Last year, we had collected the samples and the NIO had tested them to ascertain where they may be originating from. As per the findings, they were from the rigs near Mumbai high the last time around. We had submitted a report to the then Union environment minister Prakash Javadekar, but the minister has changed since then. We will be writing again to them now."

The chief minister of the state, Pramod Sawant, also assured in a press conference that the state government will be writing letters to the Home Ministry, Shipping Ministry and Union Environment Ministry.

The National Green Tribunal (NGT) and the Apex Court, in several cases, have held the polluters liable for oil spills and other actions that have harshly impacted the marine environment.

In the Ramdas Janardan Koli vs The Secretary to Govt of India, Union Ministry of Environment & Forest and Ors case, the NGT had given relief to 1,630 fisher families of Raigad district who were adversely affected by Jawaharlal Nehru Port Trust’s (JNPT) project. The trust was creating an additional berth at the port in Navi Mumbai and the fisherfolk also suffered oil leakage from ONGC pipeline which damaged marine life.

The fishers complained that due to the leakage from the pipeline, their “traditional rights of fishing” were “impaired, diminished and seriously jeopardised”.

The tribunal held that the expansion of the port activities by JNPT was a threat to the environment.  Also, the oil spill had added to the loss of ecology and environment and ordered compensation of the affected families.

In the Samir Mehta vs Union of India and Ors, the NGT bench of Justice Swatanter Kumar upheld the “precautionary principle” and the “polluter pays” principle, along with the fundamental right to life and personal liberty under Article 21.

The landmark judgement ordered a Panama-based shipping company, along with its Qatar-based sister concerns, to pay Rs 100 crores for damages caused by the sinking of their ship off Mumbai's coast in 2011.

The tribunal stipulated that fuel spill from the vessel was among the three key factors that affected the environment.

The bench also fined MV Rak, a cargo ship of the Adani Enterprises Ltd, Rs 5 crore for dumping coal in the seabed.

The United Nations Conference on the Human Environment held in 1972 in Stockholm strongly impacted the environmental laws of various countries and provided a solid foundation for the protection of the environment.

India's participation in the conference resulted in the Environment (Protection Act), 1986 that was enforced to prevent and control hazards of the environment and human life.

Part IV of the Indian constitution (Article 48A – one of the Directive Principles of the state policy), has also empowered the state to create laws and policies to protect and improve the environment and safeguard forests and wildlife. The Water (Prevention and Control of Pollution) Act, 1974, was one such instance.

Sections 16 and 17 of the Water (Prevention and Control of Pollution) Act, 1974, conferred several functions upon the central and state pollution control boards. Among them is the role of devising plans and advising governments on the control of water pollution.

The environment and forests ministry had also issued coastal regulation zone notification in 2011 for the following:

It is, therefore, surprising to see that despite having several legal provisions on the protection of the environment, the authorities have no answers but reasons for the problems.

Lawmakers must take up environmental concerns as a priority, apart from the collective efforts of the vigilant citizens, activists and environmentalists.

Government regulations on licensing, oil filling at designated ports must be thoroughly followed and commissions must be set up for specifically dealing with coastal management.