The little-known aspects of above normal monsoon forecast 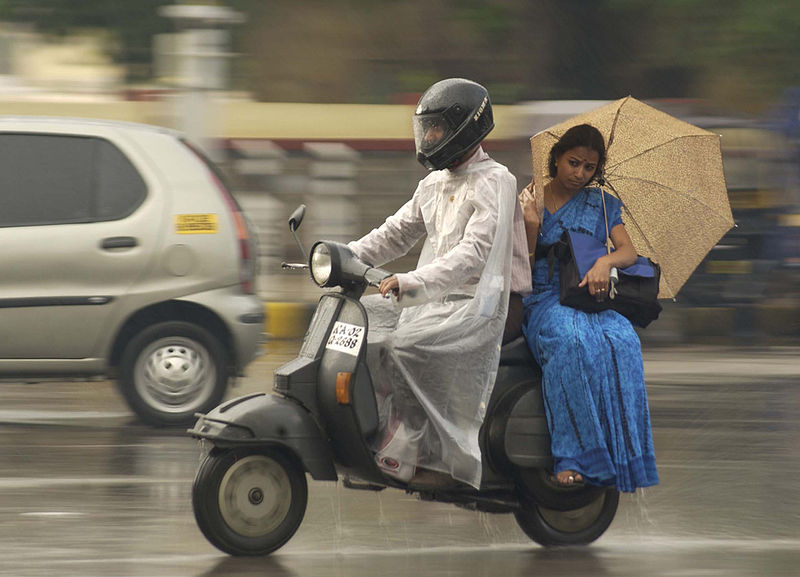 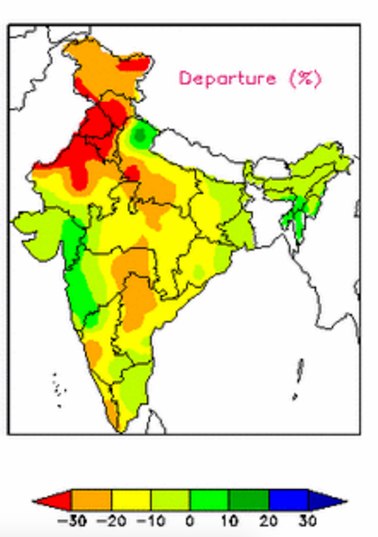 IMAGE: Rainfall anomaly during the south-west monsoon of 2004. Red colour indicates areas of poor rainfall.
Courtesy: Monsoon on Line, IITM
Certainly not! The environment in India has become a kind of "Hip hip hooray!!" after the announcement of this above normal monsoon forecast. The way this forecast is being carried in the news is as if all the states in India (including the drought-hit states) are surely going to get above normal rainfall. Some have even started predicting an end to drought in the whole of India because of this forecast.
Large scale rainfall scenario in India will be good if it rains as per the forecast. The chances of filling up of major dams of the nation will be better this year as compared to last year. Chances of an increase in overall agricultural production too will be better this year and hence a good thing for the economy. But the figure of 106 per cent (which represents entire India’s average) doesn’t give any clear idea of how much it will rain on subdivisional or districts levels of India.
An interesting aspect of the south-west monsoon is its variability on various scales. On an all-India level, the south-west monsoon is less variable (variation from mean is just 10 per cent) but on subdivisional or district levels, its variability is large. If we take a look at various LRFs the IMD has issued since 2003, then it becomes clear that inspite of normal or above normal monsoon forecasts, there have been cases of below normal rainfall in many parts of India. In April 2003, IMD forecasted rainfall of 96 per cent of 89 cm but parts of Kerala, Tamil Nadu, Marathwada and Karnataka got a rainfall anomaly of 10 to 30 per cent. In 2004 and 2007, they forecasted 100 per cent and 95 per cent of 89 cm respectively but North India got very poor rainfall. The same year, parts of Central India received a rainfall anomaly of 10 to 20 per cent. In 2013, they forecasted 98 per cent of 89 cm rainfall but Northeast India got very poor rainfall.
The monsoon’s variability on monthly scales is also a mater of concern. Last year, Marathwada got normal rainfall in June, scanty rainfall in July, deficient rainfall in August but again normal rainfall in September. The net rainfall was however was deficient. Many states of India are witnessing drought. In many areas like Marathwada, Bundelkhand etc. it is no longer just a meteorological drought but a socio-economic drought. For drought to end completely i.e return of prosperity in the agriculture sector, sufficient recharging of ground water and return of socio-economic prosperity, all these places need excess and well-distributed rainfall not just this year but next year also. Proper techniques related to water harvesting, recycling of waste water and wise use of water will be important factors in determining how quickly the drought will end.
There is no doubt that normal or above normal rainfall will mitigate the drought but as it has intensified so much, the forecasted rain might not be sufficient enough to end it completely. Thus, at this juncture, it will be important for farmers, the respective state governments and the Central government not to get carried away with the above normal monsoon forecast. There is a need to continue drought mitigation efforts and pragmatically plan things keeping in mind the climate and not just the monsoon forecast for that region.
India Meterological … WEATHER FORECAST El Nino LA Nina Environment India
SUPPORT US