Will the world’s anti-plastic movement succeed? Or will it once again succumb to a new set of technology “fixits” 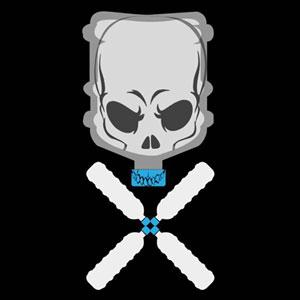 Plastic is back on the agenda, with the 2018 World Environment Day on June 5. And, I am not talking about garbage problems of countries like India. For us, plastic has never left the agenda—it is in our face literally. Our governments lack the money or the personnel to take back the increasing amount of waste we generate and to get rid of it. Growing mountains of non-biodegradable garbage—mainly plastic—is our nightmare. It is choking our drains, our rivers and our streets.

No, this time plastic is back on the global agenda—perhaps after some 30 years or so. It was in the 1970s that the now developed world struggled with its massive waste problem. But then cities cleaned up litter. There is no plastic waste on the streets or in the rivers. The problem of garbage has been managed.

This is not to say that plastic has gone away. In fact, plastic has remained. Its use has increased. It is today perhaps the most ubiquitous and necessary material that “humankind” has created. The biggest increase in the use of plastic has come in the packaging industry—from water bottles to plastic layers in tea bags to plastic straws, glasses, plates and just about all that we package for our consumption. But we also wear it; we sleep on it; we build our homes with it and we pipe our water and oil in it.

Plastic use was not an issue, because waste was a problem that had been handled. As long as people did not use carry-bags to do shopping; and as long as they segregated waste, it was ok. We could use and somebody would recycle. Or it would be taken to an incinerator and burnt. Or taken away to be put in a landfill. All in all, it was handled.

But now the balloon has burst. The first shock has come from studies that show that plastic generated on land is filling up and polluting our oceans. And that fish is eating this plastic and we are then eating the same fish. So, the cycle has closed. Plastic that we used; even segregated and then somebody took away for recycling has come back into our bodies. It is almost as if it never went away.

Then came the other shocker—micro-plastics or tiny fragments have been found in tap water or even in the air we breathe. This is because plastic is a wonder substance—it does not get destroyed. But with exposure to sunlight or water it does break up. Or it can be crushed. When this happens then tiny particles—fragments of plastic—contaminate our environment and bodies.

A fascinating study by academics from the University of California and Santa Barbara and others has put together the world’s first material balance of plastics. It should really worry us. They estimate that the world has produced some 8.3 billion metric tonnes (bmt) of plastic from 1950—when large-scale production began—to 2015. Of this, some 6.3 bmt or 76 per cent is plastic waste.

The question we need to ask then every time we use something of plastic is that what will happen to it. There are currently three options. It can be recycled or reprocessed into secondary material. In most cases, this “secondary” material is of lower quality or economical value. So, it does not displace the primary product. Recycling delays the final disposal, say authors of the plastic balance study.

Then plastic can be destroyed using thermal heat—incinerate it. But burning plastic in incinerators also produces emissions.

So, unless there is expensive pollution control equipment installed and functioning, this option is not so benign. The third option is to dump it somewhere.

So then, what are our options? Will the world’s anti-plastic movement succeed? Or will it once again succumb to a new set of technology “fixits”. For instance, there is the much-needed and much-welcome deposit scheme that has been started in some countries. People can return plastic goods like water bottles and get back the deposit. Or there is the extended producer responsibility scheme, in which producers have to take back a proportion of the materials they generate. But again, this begs the question: What will happen when the waste is collected? What do we really mean by recycling?

Surely, we need more drastic solutions. The future has to be plastic-free. Remember also that plastic is nothing more than fossil fuel. Roughly 6 per cent of the world’s oil consumption goes to make this wonder substance. But how will we do this when our lives are so enjoined with plastic. How?

In Hinduism, the God of destruction—Shiva—is more important than the God of creation—Vishnu. Maybe the next time we celebrate an invention that is so convenient because it is so indestructible, we should remember this.

But for now, plastic is a sign of the anthropocene. How sad.