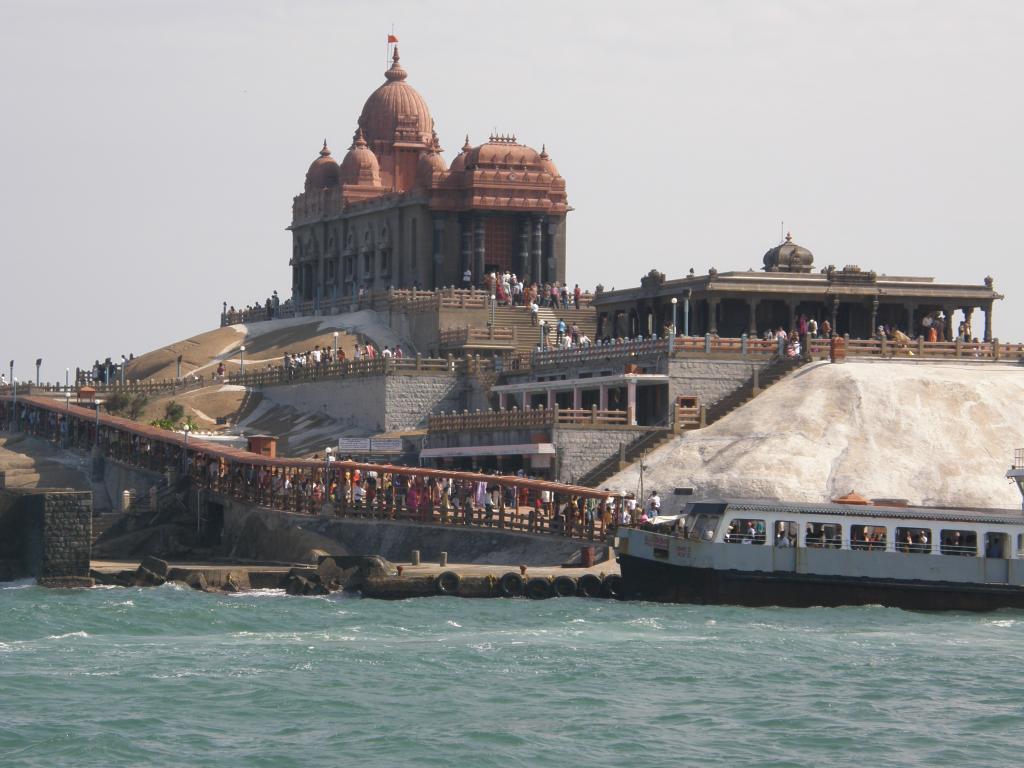 It was November 2010. I was working as the District Forest Officer (DFO) of Kanyakumari District, Tamil Nadu. During my tenure, an incident took place which reaffirmed the townsfolk’s faith in the administrative system that is used to govern us.

The matter had its origins in 2007. In an order dated August 17 of that year, the Executive Officer of the Kanyakumari Special Grade Town Panchayat had granted licence to a hotelier to maintain the Beach Road Park, located next to the Kamaraj Memorial along the Beach Road in Kanyakumari, for a period of three years from 2007 to 2010 on an annual lease of Rs 16,000. The order was granted following the tender formalities and the passing of a resolution by the Town Panchayat.

Based on these procedures, the Kanyakumari District Collector (DC) granted permission in his order dated September 20, 2007 to the Town Panchayat to entrust the beautification and maintenance work of Beach Road Park located opposite to Tamil Annai Park and Sunset Town Park.

Subsequent to the order given by the authorities, the hotelier started demolishing the existing cement structure of the Beach Road Park with the idea of constructing a new structure. Since I was known to many in the district, sometime during 2008, some social activists and environmentalists informed me about the demolition work which was going on. Finally, one day evening, I visited the site. A JCB was carrying out demolition work. When I enquired from the driver, he said the work of improving the park by re-modeling the existing structure had been assigned to a hotelier and as per his instruction, the demolition was being carried out. I did not say anything and returned quietly.

Subsequently, I informed the DC about the complaints received and my inspection of the spot. Meanwhile, two organizations, namely “Indian National Trust for Art and Cultural Heritage” (INTACH), and the “Sunset Bazaar Viyabarikal Nala Sangam” (SBVNS) filed a Writ Petition before the Madurai Bench of the Madras High Court contending that the area in question came under Coastal Regulation Zone-I (CRZ-I) and neither any construction nor any developmental activity was permissible as it would destroy the environment and ecology of the beach (W.P (MD) Nos.4422 and 5306 of 2008). Based on the Writ Petition, an interim direction was issued by the said court sometime during May, 2008, to maintain status quo in addition to ordering a notice. Subsequently, both, the District Collector and the Executive Officer (EO) revoked the license granted.

The DC and petitioners claimed in the public interest litigation that the area in question was in CRZ-I.  While the Licensee and EO claimed that the license granted was only for the maintenance of the existing park, the petitioners claimed that there was no park at all. The DC had observed that in violation of the conditions of the license, the Licensee was trying to raise a structure after demolishing the existing structure. This was refuted by the Licensee saying that he had only attempted to renovate and maintain the park. While the Licensee claimed that the establishment and maintenance of a park or playfield is a permitted activity under the notification issued by the Union Ministry of Environment, Forest and Climate Change requiring no clearance, the DC and petitioners said that even for that, the permission of the District Coastal Management Committee (DCMC) should have been obtained.

Considering these facts carefully, the Court directed the DC to convene a meeting of the District Coastal Zone Management Committee (DCZMC) within a period of three weeks, place the entire records before the DCMC and make it inspect the place in presence of the Licensee. After inspection, the DCMC was to probe: a) whether the area fell under CRZ-I, II or III? b) Whether there was a park in existence? c) Whether the activities carried out were in tune with the law? d) Whether any action was needed relating to preservation of the environment? e) Whether any clearance was required for the establishment of a park?

The Court closed the Writ Petition directing the DC to complete all the proceedings within a period of three months besides allowing the Licensee to carry on only routine maintenance work without altering the character and features of the land.

In order to convene a meeting and pass necessary orders in this matter, the DC wanted to inspect the area in question. He had sent me a letter, requesting me to attend the inspection as the DFO is a member of the DCMC. On that particular day, in November, 2010, as I had to conduct a written test for the selection of Forest Guards, I sent my Assistant Conservator of Forests (ACF) to Kanyakumari beach. At about 10 o’clock, the DC called me over phone, requesting me to come over personally, as the matter was related to a case pending with the Madurai Bench of Madras High Court. I went to the spot and met the DC. Then, the inspection of the said park in question was taken up. When we went to the seashore, I asked for the map with the HTL and Low Tide Line (LTL) marked. The officials of the Local Development Authority (LDA), who are under the control of the Director of the Country and Town Planning (DCTP), Chennai, showed a map which was prepared during 1994. When I asked for the latest map as the HTL and LTL might have undergone major changes due to the 2004 Indian Ocean tsunami, they started blinking. By that time the DC understood and pressed for the latest map. The officials replied that the latest map was available at their Tirunelveli office. When I asked them about the agency involved in preparing the latest map, they said it was Anna University, Chennai. With the available map, I was able to convince the DC that the area in question was well within CRZ-I. But if the latest map is referred, definitely the chances of the area falling under CRZ-I would be more. After listening to my discussion and inspection of the said area without any park like infrastructure, the DC made up his mind and came to a conclusion.

Subsequently the DCMC meeting was held sometime during November, 2010, and a suitable order was passed by the DCZMA granting environmental clearance under CRZ Notifications with certain conditions. Accordingly, only the Kanyakumari Town Panchayat could take up construction activities after demarcating the HTL as per the approved plan of the Anna University with proper stone pillars. It was to be ensured that the sea-facing area from the HTL would not be touched. No further permanent construction activity was to be carried out without prior approval of the DCZMA. The Kanyakumari Town Panchayat could give it to the Licensee only for maintenance and any other work would be undertaken at the cost of the Town Panchayat. No entrance fee was to be collected from any of the person visiting the park.

With so many conditions which are not in any way beneficial to the Licensee, the hotelier did not turn up for even maintaining the park. Thus, timely and prudent action taken while implementing the rules helped save the valuable marine environment and ecology.