Tulsi Gabbard’s decision to contest is a victory for Polynesia

Let us, for a moment, forget the Hawaii Congresswoman’s links to Hindu nationalism and instead, focus on her indigenous Pacific roots 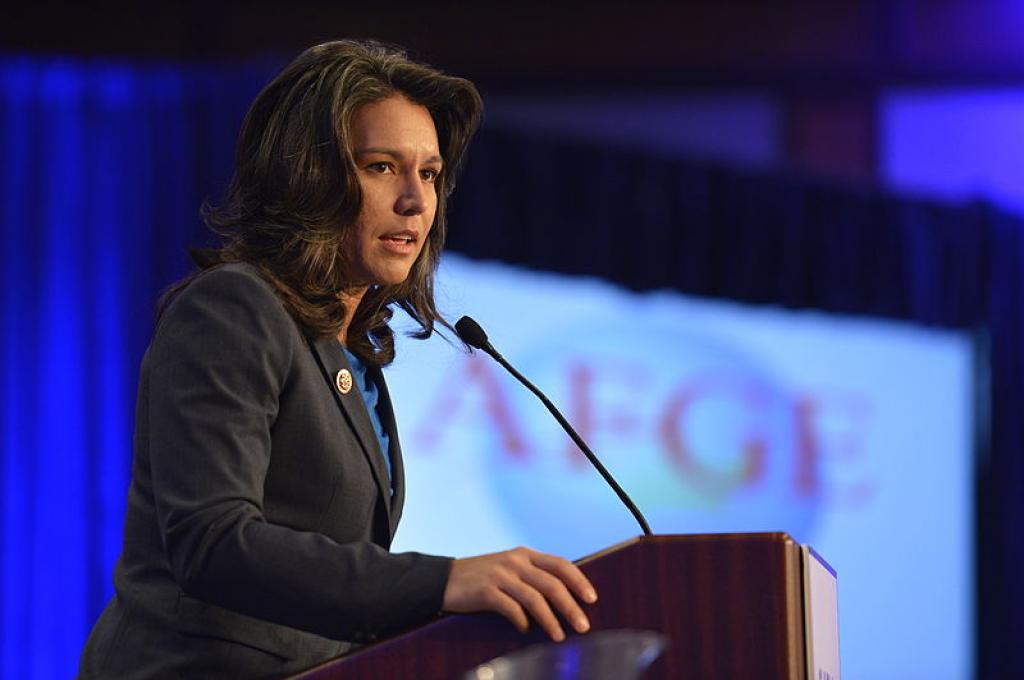 Tulsi Gabbard is an oddity. A Hindu (Am scratching my head because conventional wisdom in India says only those who are born into the faith can call themselves that) Pacific Islander lawmaker in a country that is still (well, nominally) White, Anglo-Saxon Protestant. The press in India and the United States have mostly tended to focus on her links to far right, Hindu nationalist organisations in the US.

On January 12, 2019, Gabbard, the Democratic Representative from Hawaii finally dropped the bombshell that people had been expecting for weeks. “I have decided to run and will be making a formal announcement within the next week,” Gabbard told CNN in an interview. With speculation about Kamala Harris (of part Tamil descent) and Nikki Haley (of Sikh descent) also joining the fray, the US Presidential election could well be all about India.

That, however, is not the subject of this blog. And neither are Gabbard’s Hindu nationalist links. It is, instead, about a celebration of her links to Polynesia, the spearhead-shaped ethno-cultural region that lies in the heart of the Pacific Ocean.

For too long, have Polynesia and its children suffered at the hands of European (and may I add, Asian) colonialism.

When the Spanish navigator, Álvaro de Mendaña de Neira ‘discovered’ the Marquesas in 1595, the Polynesians had been living in splendid isolation for 1,000 years. Born out of a synthesis of Asian and Papuan cultures (as is now well-known from analysis of mitochondrial DNA) between roughly 1800 BC and 700 AD, the Polynesians spent their time between 700 and 1595, developing their own distinct identity in their new home, the ‘Blue Continent’, which has been defined as a ‘triangle’ whose three corners are Hawaii, New Zealand and Easter Island. Here, these ‘Stone Age’ people, armed with just their famous double-hulled, outrigger canoes (something similar to the Tamil catamarans) and with a knowledge of stellar and marine animal movements, colonized these islands, isles and atolls, farming, developing kitchen gardens, developing distinct art forms today famous globally like tattoos and the Haka dance and also fighting (and sometimes cannibalising) each other in brutal tribal warfare.

But it is the arrival of the Europeans that changed this region forever. Look at major Polynesian lands, cultures and peoples today and you have the answer. Native Hawaiians (the Maoli) are today a minority in their own land. Their state is populated by whites and Asians. Their idyllic islands are homes to US naval bases. Many of their endemic species have been lost forever (the latest on New Year’s Day, 2019).

Or New Zealand. The Pakeha (whites of Anglo-Celtic descent) today form the majority there instead of the Maori, the Polynesian people who, according to legend, had come to the country in the 1300s. Indeed, the Maori were subjugated under the unjust Treaty of Waitangi, their language and traditions outlawed. It is only in the last century that the Maori language has bounced back in numbers due to support from successive white-dominated governments who have embarked on a policy of rapprochement.

Or Samoa, from where Gabbard’s father, Mike hails (He is of part-Samoan and part European descent). Carved after the First World War into British and American zones, British Samoa is today independent. However, American Samoa is still an US Overseas Territory.

Or Tahiti. Famous in the ‘adventures’ of Captain James Cook and later, his infamous subordinate, William Bligh. The romanticism attached to Polynesia, which pervades much of western consciousness is partly due to the recollections of these two men. Meanwhile, Tahiti is today part of French Polynesia, an overseas department of France.

European colonialism also caused the advent of Christianity in this region. According to Ian Breward, author of ‘A history of the Australian Churches’, Polynesia is now ‘one of the most strongly Christian regions in the world.’

Polynesians today have lost much of their languages, culture, traditions and religion as well as political power in many of their homelands. Many may rightly argue that outside interference put an end to war and slavery but one ponders which is the greater loss.

Moreover, many places in the region (as in the Greater Pacific) are currently in the throes of climate change and the upheavals that it has brought. According to ‘The state of human development in the Pacific’, a United Nations report from 2014, ‘Pacific Island Countries are facing enormous challenges related to profound changes underway across their societies and economies. Climate change, migration, monetisation, slow and volatile economic growth and the transition from traditional subsistence-based economies to market-based ones, together with the erosion of natural and social capital and the diminution of traditional social structures are some of the factors shaping new ways of life in the Pacific.’

And now, let us come back to Gabbard. What impact does her becoming the US President have on the region anyways, one might ask? Not much. Just as Barack Obama’s presidential stint did not have on Africa. But the argument applied then applies now too. People of the region might be forced to think: If one of us can be elected to the top office of the most powerful nation, maybe it is time for us to ask for accountability from our own leaders.

Even more, Gabbard’s ascension could influence the US, and consequently, western and other nations’ policies towards the region. Gabbard is on record to have said that "Native Hawaiians, as a people, should be empowered to determine their own future and what kind of relationship they choose to have with the US federal government". Will it resurrect the longstanding issue of Hawaiian independence from the US? Could that also ignite demands of self-determination from the overseas territories of other nations in the region? Watch this space.

But for many, Gabbard, if elected President, would bring prominence to a region that has mostly been on the margins of global consciousness for much of history except for the lurid tales of fantasy that most sailors brought from there. Will Gabbard become US President? Don’t know. Has she brought the spotlight on Polynesia? A big yes.