Rights-based governance has not been accompanied by effective delivery mechanism

Rights-based governance has not been accompanied by effective delivery mechanism 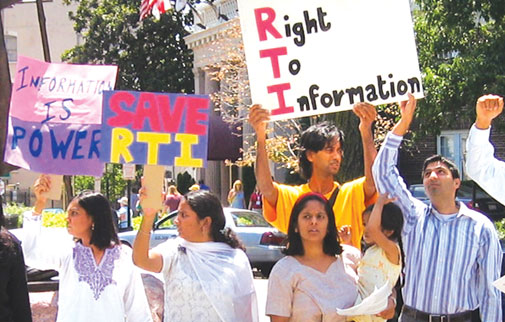 India has never witnessed so many political debates on development and people’s aspirations as in recent times. The aam aadmi has become politically supreme, their rights and aspirations being the new political codes. But there’s an irony. Such debates are taking place at a time when India has undergone a makeover in its approach to governance. Since 2004, the country has been experimenting with a rights-based approach. Starting from the right to information to the latest right to food security, almost all basic socio-economic entitlements have been turned into legal rights.

But why isn’t this trend being talked about or debated in the right spirit? The current government’s large number of rights-based programmes have become “doles” in political debates. Is this due to the sheer lack of understanding of this new approach by politicians? Or is it because the new rights do not mean anything to the aam aadmi?

To understand the problem better, let us first briefly look at the history of rights-based approach to governance. The current experiment with such an approach is unique because earlier it had been used for specific projects or international aids. A government turning social programmes into entitlements is a new trend.

At a global level, the rights-based approach picked up after the end of the Cold War in the 1990s. It came to prominence during the World Summit for Social Development held in Copenhagen in 1995. This approach integrates social and economic rights. Under this, the development needs of the people are treated as “rights” instead of “doles” from the government through various programmes or schemes.

In recent times, many developing countries, particularly in Latin America and Africa, have adopted this approach. Countries usually recognise socio-economic rights either through constitutionally recognised rights or through directive principles in the Constitution. India has been using the latter to direct and design its welfare programmes. Except for a few schemes like the Employment Guarantee Scheme in Maharashtra in mid-1970s and the Education Guarantee Scheme in Madhya Pradesh in mid-1990s, government welfare programmes have been implemented without being recognised as legal rights. Even the employment and education guarantee schemes mentioned above do not have any legal mandate but just government commitment.

India’s experiment with the rights-based approach started in 2004 when the United Progressive Alliance (UPA) came to power. There are two explanations for this. First, each of these rights made legal through Acts passed by Parliament have been preceded by a long struggle by the people. Whether it is the right of settlement in forestland or the right to foodgrains at affordable prices, communities across India have been fighting for these rights, even going to courts. There are many judicial pronouncements which recognise such entitlements as integral to the fundamental rights granted in the constitution. So there was already an overwhelming support for ensuring the minimum rights of people through legal means.

Second is the political context in which UPA came to power. The then ruling government, National Democratic Alliance (NDA), led by BJP, sought re-election with an aggresive “India Shining” slogan. During that time, there were widespread reports of distress in rural livelihood, with a decline on all fronts in the farming sector. Supported by the Leftist parties, UPA saw a political opportunity—it decided to codify basic socio-economic rights. Also, parties focused on identity politics were a threat to a national party like the Congress. With the help of rights-based pieces of legislation, the Congress attempted to consolidate its political constituencies.

Nobody will dispute UPA’s budgetary commitments to the social sector. Along with the new legislation, it should have consolidated its votebank. Going by the political mood in the country and the results of recent state elections, UPA doesn’t seem to be reaping any benefit from its expansive social welfare programmes. This is where the lesson lies.

The government went on legalising entitlements but did not create or fix the delivery mechanism. People will assess a right in terms of how it is delivered. A parent who is not able to secure the admission of his child in a neighbourhood school will not find the Right To Education effective. A villager facing problems in accessing cheap foodgrains under the faulty public distribution system (PDS) will expect the new Food Security Act to address this problem. But the truth is the government is yet to fix the many ills in our PDS. Because of the existing loopholes, it may not be able deliver foodgrains to people despite it being a legal right now. Clearly, the government has created rights but failed to right the system. This has the potential to kill the new rights-based approach.