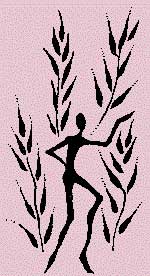 agriculture is undoubtedly linked to politics. The division of land and other resources, access to basic rights, prices of inputs and produce, wages, the acceptance of ecological constraints, are all factors that in the end are dependent on political decision-making. This is the reason why the key to necessary agrarian reforms lies with empowering the local farmers and the subsequent pressure on decision-makers to change policies in a more sustainable direction.

Development in rural areas being an important facet of economic growth, the developmental agenda needs to be backed with a will to bring about radical reforms within the polity. This is where political persuasiveness comes in. Liasioning with government officials to improve the lot of the rural folk is the natural outcome of any activity of donor organisations involved in rural development.The Agrarian Assistance Association (aaa) is one such set-up which is active in the Dumka district in the south of Bihar.

Tribals, like the Santhals and the Paharias in this district, have lost control over wood and water, resources that were traditionally in their hands, to various state departments and moneylenders. Further, deforestation and erosion have undermined their traditional way of living. In 72 villages, aaa with the support of Novib, the Netherlands-based donor agency, is working to restore the ecological balance in the tribal areas by introducing saving and credit systems, ecologically sound agriculture, water management and reforestation programmes with local inputs.

Since the beginning of aaa activities, the programme has expanded rapidly and proved successful. Not only were the tribals in a position to regain control over natural resources, but the environment cause received a fillip in their hands and economic perspectives were also radically improved. Government funds were also mobilised in a more effective manner. Novib's support to aaa is a good example of the priority we give to sustainable agriculture.

A large number of the target groups of our partner organisations live in habitats that are over-exploited and marginalised in an ecological sense. Donor support to such activities, which involve improving the lives of these target groups, are subject to certain conditions, a few of which are enumerated below.

Knowledge of the local eco-system is a pre-requisite. Only in relation to this knowledge can one decide the optimal use of local and external inputs. A second necessity is to take economic considerations into account. Options that are ecologically sound without offering an economic perspective will not be feasible. Because of the abolition of subsidies on external inputs like fertilisers and pesticides, in many cases a more environmentally sound agriculture is an economic option as well.

A third condition for effective donor support is of a socio-cultural character. The new activities should be linked closely to local knowledge and techniques. Accountability and empowerment of the target groups is of utmost importance.

When all these conditions are met, an intervention, as in the case of aaa, can be successful. In order to make these interventions even more effective, the importance of political engagement cannot be overemphasised. Direct support - credits, tools, inputs, knowledge and empowerment - is in our view two sides of the same coin. This spring, when we are celebrating Novib's 40th anniversary, I am once again struck by the fact that our founders back in the '50s were in favour of combining project support with political changes.

This is why Novib as a non-governmental development organisation, from the very beginning till today, is not satisfied with its role as a banker. As a consequence to our ideas on true partnership, we are dedicated to the need for political change as much as we are dedicated to our role as a professional donor. Therefore, it comes as no surprise that we support partners who like to enhance their lobbying capacity.

At the same time, we put pressure on our own governments, on the European Union and on the Bretton Woods institutions, for more fair terms of trade, for a reduction of debt owed by the poorest countries, for a reduction of arms exports, for an assertive international diplomacy on human rights and for improvements in development aid.

Development cooperation in the true sense of the word goes beyond being a good donor. It brings with it the obligation to be political activists as well.