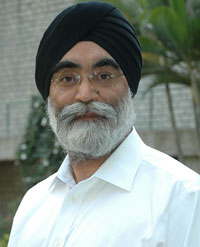 Today would be a red letter day in the history of financial inclusion (FI) because a mission is being launched to ensure that financial services from formal sources are accessible to every household in India. The new government needs to be congratulated for having taken up this important task on assuming office and though the task is gigantic; roadmap set out by the government undoubtedly inspires confidence. The nation is hopeful that the mission will be successfully accomplished given the commitment and zeal of the Prime Minister.

However, this is indeed going to be an onerous task given the historical background that nearly half of India’s population remains unbanked even after 67 years of independence.  The Government of India and the Reserve Bank of India (RBI) have been making concerted efforts for more than six decades to increase banking penetration. A number of initiatives were undertaken, like nationalization of State Bank of India in 1955, commercial banks in 1969 and 1980; setting up of Regional Rural Banks; encouraging urban and rural cooperative banks; and instituting priority sector lending scheme. Since July 1982, National Bank for Agriculture and Rural Development (NABARD) has also made significant efforts to increase FI. The situation has marginally improved since 2008, with the introduction of business correspondents (BCs), provision of no-frill accounts, and easing of know-your-customer (KYC) norms, and support extended to self-help groups (SHGs) and other microfinance institutions (MFIs).

The reasons identified for slow progress of FI are many and can be divided into technological and others. The technological issues like frequent machine breakdowns, frequent problems with connectivity, lack of uniform application of technology across banks hampers the seamless experience and impacts confidence of the customers in formal banking. Amongst non-technological reasons, important ones are lack of confidence in salesman-like BCs and their high attrition rate disrupting banking services; limits on daily transaction deterring big ticket customers from using BCS, kiosks and ultra-small branches imposing restrictions on earnings and commission; and time taken, typically seven to10 days in rural areas, in administrative formalities for account opening, credit appraisal, KYC, loan disbursal etc.

To achieve success in achieving financial inclusion, the government would need to consider out-of-the box ideas to make a difference. 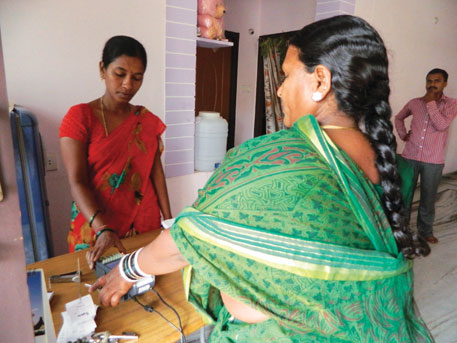 To address the issue of credibility of BCs, banks could take advantage of a wide network of post offices and fair price shops and provide banking counters for the unbanked population. Even multi-language ATMs with audio-video services could be considered. On their part, the banks could pay a ‘rent fee’ to India Post and fair price shops, for use of their facilities/premises. To address the high attrition rate, ascribed to low commission/earnings, banks could consider nominating housewives, and owners of fair price shops, retired people and people with limited disabilities to become BCs to supplement their regular income. To attract and retain people in the business of BCs, provision for higher commission by routing more financial services through BCs can be considered as well as providing them with respectable designation and identification cards, with incentivised structured  benefits in terms of bonus or promotion or absorption in mainstream banking.

India being a diverse country with unique regional and occupational characteristics, and following different cropping pattern and income streams, it is necessary to have diverse products for its unbanked population. Thus, there is a need to have granular schemes, preferably different schemes for rural areas and urban areas. Further, distinct schemes can be made on the basis of nature of employment of people. For example, daily wage laborers can be allowed to make tiny deposits on daily basis.

To address the issue of seamless connectivity, upgrading the hand-held device so that it contains basic information in an offline mode and exploring satellite connectivity technology could be helpful. Technological innovations like integrated machine that has functionality of cash withdrawal and deposit and biometric identification of users, voice commands and narration for all facilities in multi-language format could help increase banking penetration.

The most important aspect of financial inclusion is financial literacy. There is lack of awareness, especially amongst people, both rural and urban about various schemes of FIs. To increase awareness and interest in products offered under various schemes of FIs, increase in advertisement in local language, on radio and television, and in print media, with local icons and artistes as brand ambassadors of the campaign, could help in building public confidence. In this context, role of mobile phones and reach of mobile banking is immensely promising.

Awareness of mobile banking is significantly low and there is reluctance, especially amongst rural people, probably because of low technological and financial literacy. In addition, there were practically no efforts, an observation based on our survey and consultations with unbanked people and commercial bankers, from either the bank staff or BCs in promoting mobile banking services, probably because of a conflict of interest, as increased adoption of the same could reduce commission of the BC. The mobile phones could be used for targeted advertisement campaigns, devised for mass media and locally effective media. Government agencies could actively participate in these campaigns, communicating mobile banking to be user friendly and safe.

Also, common consumer knowledge in rural areas about dialing to a toll-free number should be leveraged to provide introduction to financial literacy as well as instructing people on steps to use mobile banking. The banks should educate their staff and BCs about latest developments in mobile banking, and mandate them to promote these facilities during financial literacy campaigns in rural areas. The banks could also revise their commission schemes, incentivizing BCs in increasing mobile banking registrations in their respective territories. The government could consider commissioning an audit system for banks, telecom operators and handset manufacturers to certify security levels of mobile banking services, across various channels, so that banks and telecom operators can then favorably advertise these ratings to improve their customer base.

At present, post offices and commercial banks offer opportunity for saving bank accounts. This leads to confusion as well as weaning away demand for banking facilities from commercial banks. Once banking extension counters are provided at post offices, then fresh opening of accounts in existing postal banking schemes can be discontinued, with a forward-looking approach for banks to spearhead the financial inclusion process, through deposit mobilization. Post offices held an amount of Rs 6,03,170 crore under postal banking schemes  in 2013 which if released to banks through BCs will probably provide volumes to commercial banking and make FI commercially attractive for reluctant bankers.

Finally, to achieve a 100 per cent success, there is need to seek help from local governments, both in villages and cities. The panchayati raj institutions, municipalities and city councils can help not only in identifying but encourage the unbanked to start operating in formal banking channels. The new government, with massive mandate and new hope can achieve this and set a blazing success story, Made in India, for rest of the world.