The bill will ensure food for millions of hungry Indians. But has the government identified them? 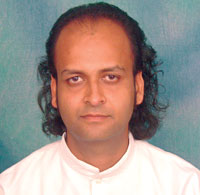 Amidst the cacophony around the Lokpal Bill, the National Food Security Bill (NFSB) 2011 has been tabled in the Lok Sabha. Whatever the Government of India has fleshed out in the Bill is actually in pursuance of its Constitutional obligations (Article 47) and obligations under various international conventions. More than that, it has been done in the larger context of prevailing food and nutritional insecurity in one of the fastest growing economies of the world.

But the Bill, in its present form, is not adequately endowed with a vision to address the very structural causes of food and nutritional insecurity in the country. Three basic issues are at hand. First, NFSB dwells on targeting beneficiaries, as against providing universal access, and re-invoking the contentious below poverty line (BPL)-above poverty line (APL) battle-lines by seeking to classify the population into “priority” and “non-priority” households. The intended benefits will be given to people based on these categories. It is a well-known fact that successive governments have failed to identify the poor, and as a result, the majority of our population continues to live with hunger.

Two, the Bill provides for a supply of 7 kg per month subsidised food grains per person in “priority” households, whereas the monthly requirement of a person is 14 kg. Third, the proposed entitlements do not deal with the problem of nutritional insecurity. In India, people have suffered undernourishment mostly due to protein and fat deficiency. Hence, to cope with the problem, the government should have added pulses to compensate for protein and edible oil to replenish fat; the preamble of the Bill also mentions: “… the Supreme Court of India has recognized the right to food and nutrition as integral to the right to life”.

Growth in hunger
At the same time, it is most important to answer the questions being raised by those opposing NFSB. Today, development is only understood in the narrow terrain of economic growth and Indian policy makers seem to be infatuated by GDP numbers and their growth. They have not stepped beyond their narrow, familiar paradigm and taken an interest in improving general living standards. How can Indian polity accept such a growth trend wherein 70 per cent of the total GDP is directly under the control of 8 per cent of India’s elite? Growth is important, because it helps create a conducive environment for the welfare of people. We cannot, however, accept a growth trajectory that curtails opportunities for the common people and allows grabbing of common resources for short-term gains.

While India's economy has been growing at a pace of 6 to 9 per cent in the past 12 years, under-nutrition among children has decreased by a trifling 1 per cent between 1998-99 and 2006. Should we accept a mere token 0.1 per cent decline in childhood hunger per year? We also need to be honest in accepting the fact that the under-fed cannot contribute to the country, even if provided with opportunities because of lack of capabilities. We will have to build an environment of empowerment with nutritional security. Otherwise, how can one expect that the hungry would go to the industries, set up with huge public resources and subsidies, and start working as labour or engineer.

The growth story has a flip side as well. The present level of malnutrition results in 2 to 3 per cent decline in GDP. It delays education, triggers learning disabilities and affects the overall physical and cognitive development of children right from the conception stage. Every year, we lose 1.3 million children who do not celebrate their fifth birthday and die of under-nutrition and lack of healthcare. Now as the developed world, which has enjoyed the highest level of affluence, is being devastated by a debilitating economic crisis and citizens there protest the prevalent economic policies, it is time for India to decide whether peoples’ well-being should be its priority, or just creating a tiny island of opulence for a handful of people.

I just ask one question: do we know that we contribute towards 40 per cent of world's maternal, neonatal, infant and child deaths? We have world's half of the under-nourished kids? We have 54 per cent women suffering from anaemia?  Don’t we want to remove this blot from our face? I don’t think we would like to, should or can continue to do injustice to our people. We will have to end this national variety of colonialism, where the corporate world rules over our farmers and labourers, traders indulge in the business of education and health services, and deprive  people of basic services. Of course, faster growth generates resources but these resources must be used for the well-being of people at large. The proposed Bill again shows faith in targeting the so-called poor and non-poor (“priority” and “non-priority”); let us remind ourselves that we have been highly unsuccessful in identifying the poor and continue to implement our most crucial food-social entitlement programmes based on exclusionary poverty line conspiracy.

The National Nutrition Monitoring Bureau figures show that 76.8 per cent of the population does not receive the prescribed nutrition. We need a strong political commitment; otherwise “growth in hunger” will be our leitmotif.

In these two decades of our new economic policy, one thing emerges clearly—90 per cent of the population could not get any benefit out of, or due to the policy. They somehow survive on the fringes of our political economy.

Measures to end hunger should not be delayed any more by saying that we are in recession. We must know that, economy may also be collapsing because of surmounting hunger, wherein people are no more in a position to contribute to stabilising the internal economy.

Already, we are spending Rs 67,310 crore on food subsidy, and there will be a tiny increase of another Rs 30,000 crore if NFSB is enacted, which is a trifle 4 per cent of the taxes being usurped by the corporate-economists-government nexus. But consider the positive impact of this humane expenditure. It will preserve human values and feed the 770 million people going hungry at present. The Indian government will only be giving a subsidy of Rs 1,188 per person per year or Rs 3.25 a day. But we have ministers, economists and policy makers who just do not want the state to do so.  Even our prime minister is not very happy with the idea.

Actually, this is an outcome of welfare politics, which has become very imperative in the past one decade or so. We have been running the Integrated Child Development Services, having a plan to spend Rs 80,000 crore in the next five years; the Mid Day Meal scheme is already in place. We have 170 million children under the age of six, 45 per cent of them are under-nourished but we barely spend Rs 1.62 per child per day on their growth and nutrition. The matter of fact is that private food market will lose some profit due to this legislation and there will be a control over inflation; which is just not acceptable to the market. Just take the example of second and third quarter of 2011-12, while the growth rate came down to 6.8 per cent, food inflation also declined from 16 per cent to 1.7 per cent. So, the indications are getting clearer.

There is an argument that it is better for the government to focus on productivity enhancement rather than focusing on doling out subsidies at the expense of tax-payers. But these two things are not mutually exclusive; they are complementary. Let us understand one thing: India is not a food deficit country; we produce surplus food grains, but due to various reasons it does not reach a large number of our hungry people. If this continues, the argument of productivity will not hold any weight. Yes, it is true that we still have one of the lowest per hectare productivity, but this is also the time to think on the adverse impact of technologies on agriculture.

A part of this discussion is linked to public procurement and minimum support price (MSP) for farm produce.  If the government stops subsidising agriculture, profit makers will benefit and consumers will have to pay high prices. Just take the example of pulses. We pay Rs 36 per kg as MSP to the farmer for tuar dal, but its market price was Rs 110 some time ago. There is an urgent requirement to ensure maximum public procurement, which can only be done and applied through the Public Distribution System (PDS). The other aspect deals with policy perspective. For the past 20 years, the per capita food production in India is stagnant at around 460 grams per person per day; pulses are the key source of protein, but the availability has dipped from 70 g per day in the 1960s to 42 g in recent times. We adopted new technologies: hybrid seeds, chemical fertilisers and pesticides in order to increase agriculture production. Punjab sacrificed its community techniques and blindly used large quantities of chemicals, which has resulted in low soil fertility. Overall, the present draft of the Bill  is just a modest beginning. We have to think and decide what our priority is.