21 of the 65 processed foods tested had genetically modified ingredients; most of these products do not mention anything about GM on their labels. 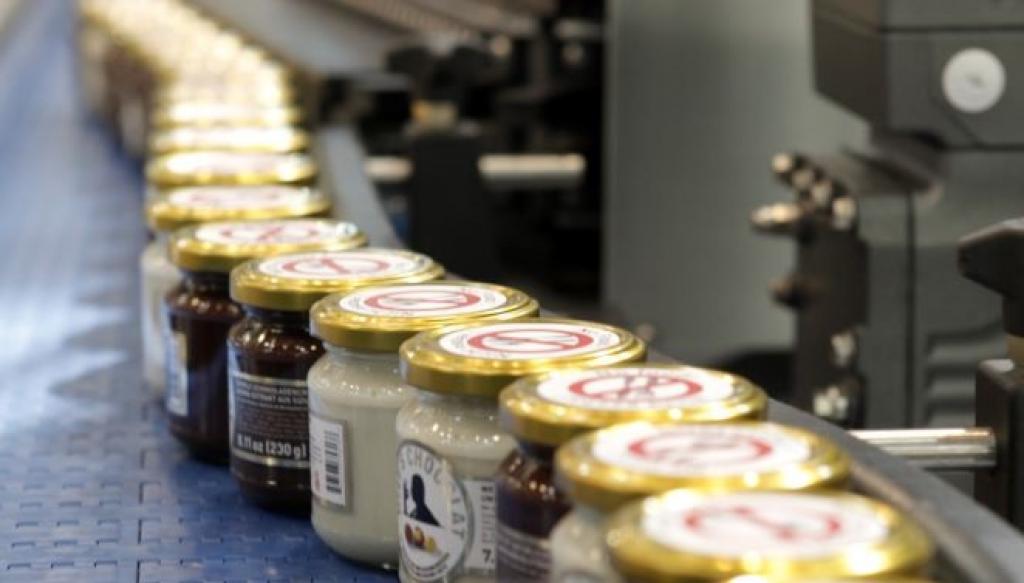 The people of India are being force-fed genetically modified (GM) food, reveals the latest study by Delhi-based non-profit Centre for Science and Environment (CSE). The organisation tested 65 processed foods available in the market and found that 21 of them have GM ingredients. These include everyday foods like cooking oils, breakfast cereals, ready-to-cook and ready-to-eat foods, and protein supplements. Ironically, these foods are popular among the urban health-conscious like Maya Mishra, a teacher in south Delhi, who recently switched to canola oil and vouches for its goodness. Canola oil is marketed with claims such as “the ability to reduce the risk of heart diseases”. CSE has found four of the seven canola brands in the market to be GM-positive. These include Candrop, Jivo, Hudson and Farrell, found in even the smallest of grocery shops.

CSE also found GM ingredients in infant foods which are a lifeline for children like Nikki (name changed), who suffers from cow milk protein allergy. Her doctors have prescribed a hypoallergenic infant formula, Similac Alimentum, to supplement her nutritional needs. This formula, manufactured and imported by American healthcare giant Abbott Laboratories, costs a whopping Rs 2,800 for a 400 gram packet which is enough only for 10 days. CSE found GM ingredients in Similac Alimentum and another infant formula by Abott—Similac Isomil, which is meant for children suffering from lactose intolerance.

Among food products manufactured in India, 17 per cent tested positive for GM. These were samples of refined cottonseed oil, or kapasia tel, sold under the brand names of Tirupati, Ankur, Ginni and Vimal. This finding clearly indicates that Bt cotton, which is the only GM crop allowed for commercial cultivation in the country since 2002, and now occupies 94 per cent of the country’s cotton farms, has found its way into our food system. This crop was not approved for food. Cottonseed oil is a cheap cooking medium—usually 30-40 per cent cheaper than the other vegetable oils like mustard oil and soyabean oil—and is used by the packaged food industry for making namkeen snacks like bhujia. It is also a permitted ingredient for vanaspati, which is referred to as poor man’s ghee and is used by the bakery industry for providing stability to products and improving their shelf life.

Among packaged foods, 25 of the samples tested positive for GM ingredients. Nine of the 10 GM-positive products were imported from the US. These include Kellog's fruit loops, American Garden popcorn and Trix Corn Puffs.

Consumers cannot make an informed decision on consumption as there is no labelling regulation in the country. Due to this loophole, industry has found a gullible market in India—74 per cent of the imported products and 96 per cent of the domestic ones studied by CSE do not mention anything about GM on their labels. However, a quarter of them—24 per cent—were found using GM ingredients. Three of the five brands whose labels suggested no use of genetically modified organisms (GMOs), were also found to be GM-positive.

It is time to take care of these loopholes. Regulation is about building consumer confidence that the food sold to them is safe and healthy. Food is about health and regulators need to put health first. Not business. 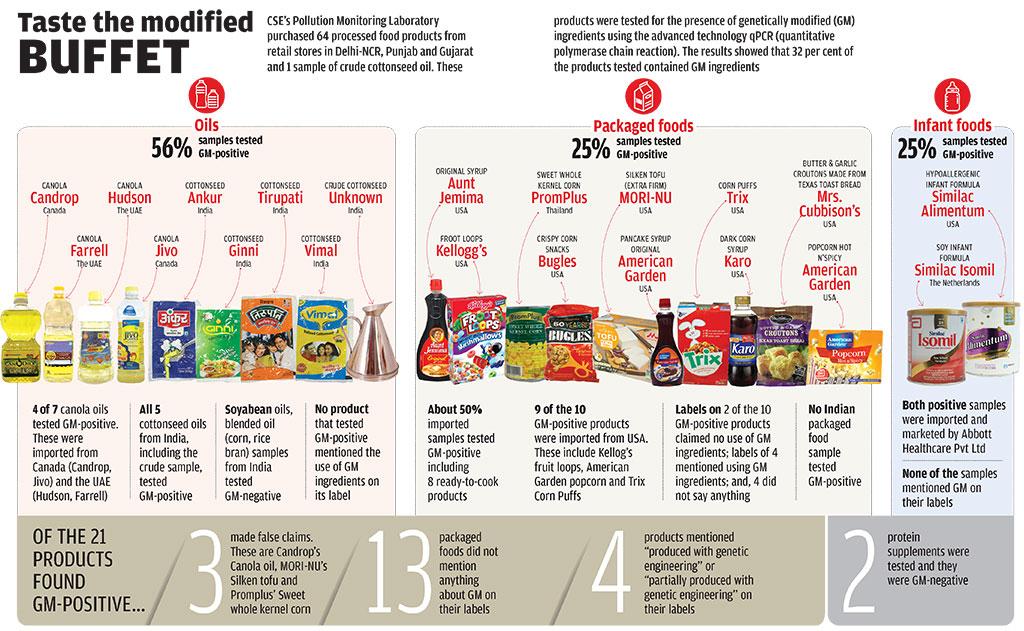