Dignity at the end of life: a Malawian nursing study shows the impact of food

Food security emerged as a critical concern in the study, that has significant consequences for dying women’s dignity. There are various ways nurses can ease their suffering 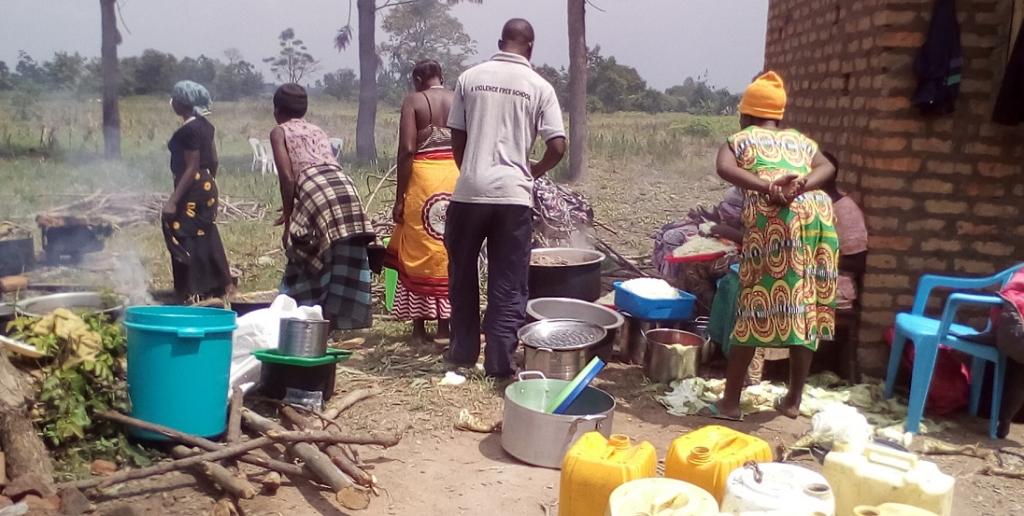 World hunger has risen for the third year in a row, with Africa reported to have the highest rate of undernourishment of all regions globally. Africa also bears the greatest burden of HIV, which is linked to food insecurity and women are disproportionately affected by HIV and food insecurity compared to men.

One of the ways these issues are connected is when women are ill, facing the end of their lives and don’t have enough nutritious food.

Rarely do researchers and development staff consider the food needs of people at the end of life. But it’s important to ask how people living in rural communities, with limited finances, can get the nutritious food and clean water they need, and experience a dignified end to their lives.

Conducted in rural Malawi, our study set out to describe the experiences of women at the end of life (diagnosed with a terminal illness) and their caregivers. We aimed to understand their physical, mental and spiritual health needs as well as best nursing practice for them.

Food security emerged as a critical concern which has significant consequences for these women’s dignity. There are various ways nurses can ease their suffering.

In Malawi, gender roles frequently prevent women from taking part in decision-making over household resources. Yet women are often responsible for ensuring that families are fed and nourished.

Limited employment opportunities constrain women’s ability to meet the food needs of the household because of low educational attainment. Also, heavy workloads that are worsened by having to look after the sick prevent them from having adequate time to produce food or pursue other income-generating activities to secure income to buy food.

We interviewed 26 female patients diagnosed with HIV or terminal cancers and 14 caregivers. In understanding women’s physical needs, food security emerged as an important issue. We analysed the data using the four pillars of food security: stability, availability, access and utilisation.

We found that many women patients and their caregivers did not meet any of the criteria for being considered food secure.

In terms of food availability, women frequently were unable to farm effectively because of ill health and had limited access to resources such as agricultural inputs.

Access refers to people’s ability to grow and buy food. Women caregivers said they had limited time to attend to their farms because they had to be at the hospital looking after patients.

Consequently, neither they nor many of their patients consumed three meals a day. They had limited time to work, and as a result very little income to buy food.

Some resorted to selling off assets to get food. Some women had partners, but many reported that their partners were not supportive, which made household food insecurity worse.

The food security pillar of utilisation focuses on nutrition and access to clean water and sanitation. Very few women in our study could afford to eat food from more than three food groups. Much of the food they consumed was high in starch, making it difficult to digest, particularly for patients at end of life.

Patients also struggled to eat because of low appetite and ill health. Caregivers faced the increased responsibility of collecting water, which was not always readily available. This meant they had to travel some distance, increasing their time burden.

Many of the participants lacked a stable food supply, meaning they did not have continuous access to food without worrying about their future food supply. Climate change has only worsened the situation, with unpredictable weather patterns constraining participants’ ability to produce sufficient food for their families.

Unemployment, because of ill health or multiple responsibilities, made it hard for both patients and caregivers to generate enough income to ensure future food supplies.

Nurses can do a lot to ensure that women at the end of life have pain relief as needed and that they are able to die with dignity. They play an important role in lobbying for these patients’ rights.

While nurses are mainly active in the health sector, health and wellbeing is influenced by and intersects with many factors including nutrition. Nurses’ proximity to the community and to patients uniquely places them to provide important information on growing food and getting good nutrition.

Nurses are also well-situated to advocate for local solutions to critical food security challenges faced by communities. For example, they can work with traditional leaders to support and promote the nutrition needs of women at the end of life.

Given the multiple roles nurses play within the community, they are also well-situated to advocate for policies in health, as well as agriculture, nutrition, and land reform.