Pulse varieties in the Himalayas are decreasing

Lack of planning, introduction of hybrid seeds, chemical fertilisers, insecticides and weed killers are responsible for decline in pulses’ cultivation 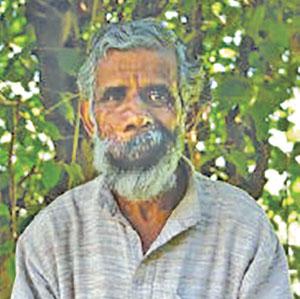 Pulses have an important place in our culture. But with imports increasing every day, they are getting too expensive for the poor.

As a result, malnutrition is increasing. It is not that farmers do not grow pulses here due to lack of seeds and knowledge, but there is a lack of planning.

The Himalayan region had a variety of pulses, but these are decreasing now. The share of pulses in the states’ agriculture was 17 per cent in 1961, but it dropped to seven per cent in 2009.

Cultivation was neglected due to the Green Revolution and the introduction of hybrid seeds, chemical fertilisers, insecticides and weed killers.

Farmers were alienated by the government. This destroyed the quality of the crops and in turn affected the consumers’ health. Hence pulses began to disappear from the region.

In Uttarakhand, we have travelled far and wide for the Bij Bachao Andolan and in the process started collecting specimens for productions.

There are about 220 pulse varieties in our collection — rajma, we have inferred, is the king here. The rest include tur, moong, peas, chana, mauth, kurfali ghenduri and ghalda.

We have established a gene bank in the state that is operated by exchanging seeds with farmers each year before sowing season.

The state has a great tradition of eating pulses in different forms. The chudkani dip made from bhatts or local soybeans is popular in Kumaon, while urad is used during festivals and celebrations. Dal-roti and dal-rice are every day staples found in all the regions, much like the rest of the country.

We have identified dozens of pulses with health and nutritional benefits. Horse gram is good for curing kidney stones, as well as cold and flu.

Pulses can also be environmentally beneficial, as they can be grown through mixed farming methods and hence save land under cultivation.

Vijay Jardhari is a leader of the Bij Bachao Andolan

The story first appeared in print in the 16-31 October issue of Down To Earth.