Spare me my noodles

As the India-China standoff becomes more tense and anti-Chinese sentiment builds up in India, will ‘Chinese food’ be banned 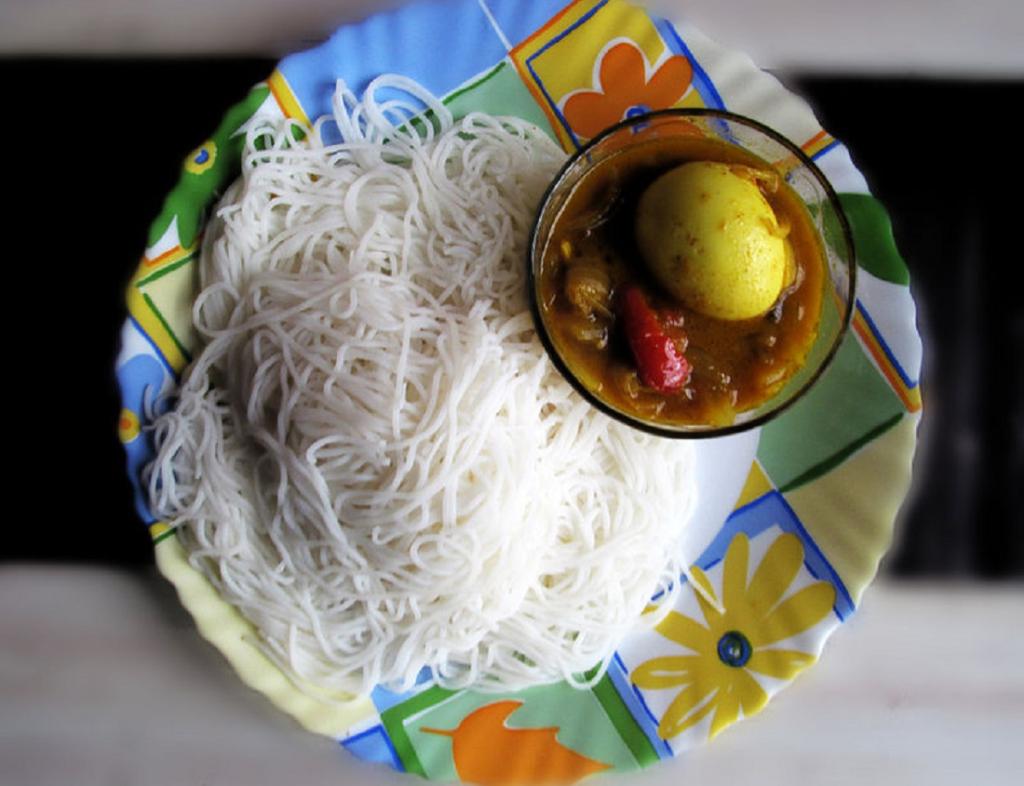 Idiyappam or String Hoppers, a type of rice noodles made in Southern India and Sri Lanka. Photo: Wikimedia Commons

The knives are out. The clubs actually. After the massacre of 20 Indian soldiers by Chinese troops in the Galwan Valley, calls for retribution are growing.

The first target for Indians to vent their ire were Chinese electronic goods. Videos on social media that were circulated on June 17, 2020, showed angry citizens breaking their Chinese-made LCD flatscreens. Calls have also been made to boycott mobile handsets and a host of other electronic paraphernalia manufactured by the Chinese.

On June 18, it has already come down to an even more intrinsic part of our daily lives: food.

Politician and Union minister Ramdas Athawale has called for a boycott of restaurants selling Chinese food.

I am aghast. Although the honourable minister’s call is not expected to find traction for now, I am very concerned. For if the standoff intensifies, there is no telling when xenophobia might take over.

Despite being neighbours, our knowledge about China is miniscule. In our vision of things, Chinese food only consists of ‘Chaomeen’, ‘Schezwan’ and ‘Hakka Noodles’ and ‘Gobhi Manchurian’.

We don’t know about the culinary delights of Sichuan, Yunnan and the rest of the 18 provinces that make up China Proper. We don’t even know that ‘Manchuria’ is today divided into three provinces and is now home to more Han Chinese than Manchu.

The ‘Chinese food’ that is prepared in India is actually ‘Chindian’. The spices used are Indian so as to familiarise it with the Indian palate. It has no affinity with the food in China.

This ‘Chindian’ food is a runaway hit in India’s urban landscape. And it is often clubbed with Tibetan, Ladakhi, Nepalese and Bhutanese cuisine.

It also provides employment. I am concerned foremost about the countless ‘thhelawallahs’ who make a living selling cheap ‘Chaomeen’ and ‘Momoj’. Already, the COVID-19 lockdown has dealt a cruel blow to the Indian economy. If Mr. Athawale had his way, many more working class people in the unorganised sector will be rendered jobless.

Also, what about those caterers who sell Chindian food? And what about upscale restaurants and eateries selling true, authentic Chinese cuisine in India? It is hard to comprehend what will become of them if people start boycotting Chinese and Chindian food.

Lastly, I am concerned about myself. You see, I am a bachelor and live alone. In the three months when the lockdown was in place, my most ready source of nutrition was Nissin and Maggi noodles. With COVID-19 raging on and working from home still the norm, I wonder what I will have to turn towards for a quick dose of carbs at the shortest notice in case noodles are withdrawn from our markets.

And the truth is the origin of noodles is disputed. Most culinary historians agree that noodles could have evolved separately in East Asia as well as southern Europe.

The word ‘noodle’ comes from the German ‘nudel’. The world of noodles is varied, ranging from the pasta of Italy to the ‘Laghman’ of Xinjiang, to ‘Thukpa’, ‘Sevai’ and ‘Idiyappam’ in the Subcontinent, to ‘Instant Noodles’, Momofuku Ando’s peerless invention that I ate during the lockdown. Please do not brand noodles as Chinese. They are our global heritage.

One only hopes everything that I have speculated does not happen. Our soldiers have indeed died on the border. But such silly statements are not going to bring them back. Please… spare us our bowl of noodles.