Creepy-crawlies on my plate

The writer tasted creepy crawly creatures during a conference on indigenous food in Shillong, Meghalaya

As a child, I was raised a vegetarian. Later in life, after shifting to various cities across India for pursuing higher studies and work, I had to step out of the hard-core vegetarian comfort zone and venture into unknown and uncharted territories for relishing my taste buds.

I soon realised that I liked my butter chicken and machher jhol and started considering myself an adventurous foodie until I was sent to cover an assignment on the Indigenous Terra Madre—a five-day conference on indigenous food in Shillong, Meghalaya.

During the conference, I went to attend one of the taste workshops. There were quite a few such workshops which experimented with various kinds of honey, wild edibles and fermented food.

I chose to participate in the insect-tasting workshop.

According to the Food and Agriculture Organization of the United Nations, 1,900 species of insects have been identified as human food.

Various studies and traditional wisdom of different communities across the world show that entomophagy, the practice of eating insects, is beneficial for health, the environment and livelihood.

So, here I was ready to pop in some insects. The tasting started with weaver ant chutney served with local bread made with pounded rice called Putharo. 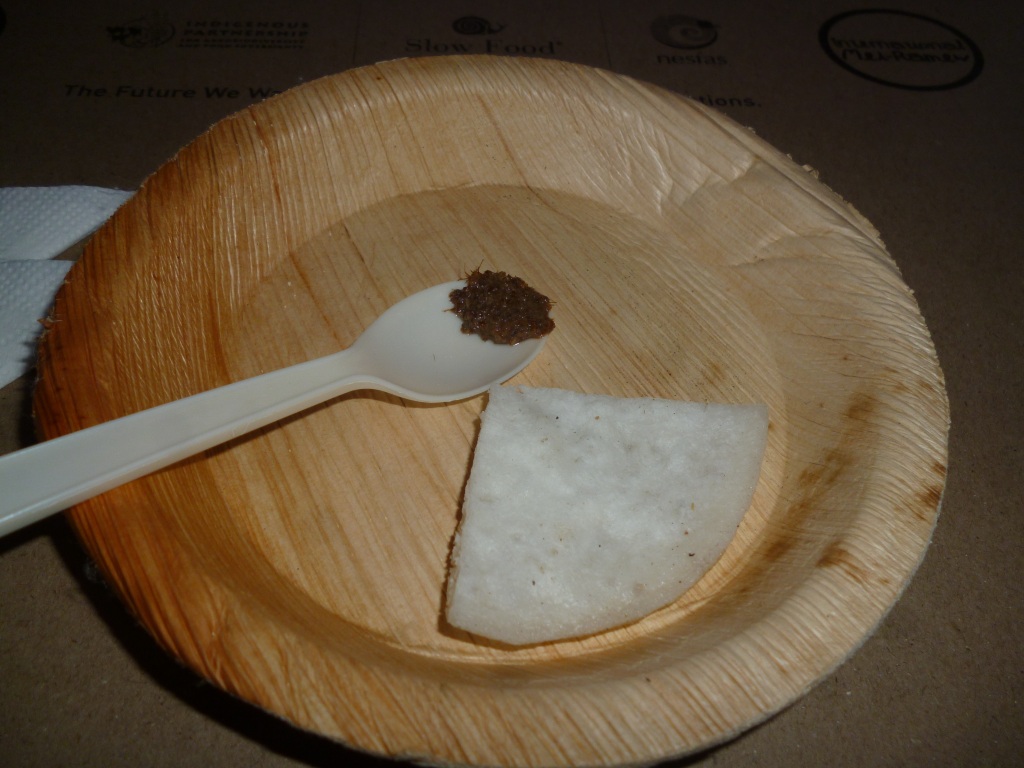 As seen in the picture, we were served just a drop of the chutney since the women, who had gone to collect these ants, were badly bitten and quit their collection process midway. So, there was lesser chutney for everyone to taste.

Weaver ants are primarily found in Africa, parts of central India and the Western Ghats. A tribe known as Siddis found in the Western Ghats uses them to make chutney. It is eaten when one is suffering from cold, cough, joint pain and as part of post-delivery nutrition for new mothers.

The chutney was prepared with coconut, salt, cumin and sesame seeds and garlic. Ant and larvae are mixed with salt and cooked. The ants add a sour taste to the chutney while the other ingredients give it the hotness.

I took one bite and was floored. The chutney was delicious and I wanted to taste more.

After this delicacy, we were served a local food item from Arunachal Pradesh. In the preparation, riverbed beetle crushed with onions, garlic, chilli and salt was served with rice.

The beetle, which has a strong taste and aroma, is used mainly as a flavouring agent. The locals eat it in winter, as it helps to ease nasal congestion. It tasted crunchy and slightly fibrous. It left a strong aftertaste in my mouth for a long time after just one bite. However, it is difficult to explain the taste and aroma of beetle. It is somewhat close to dried ginger. 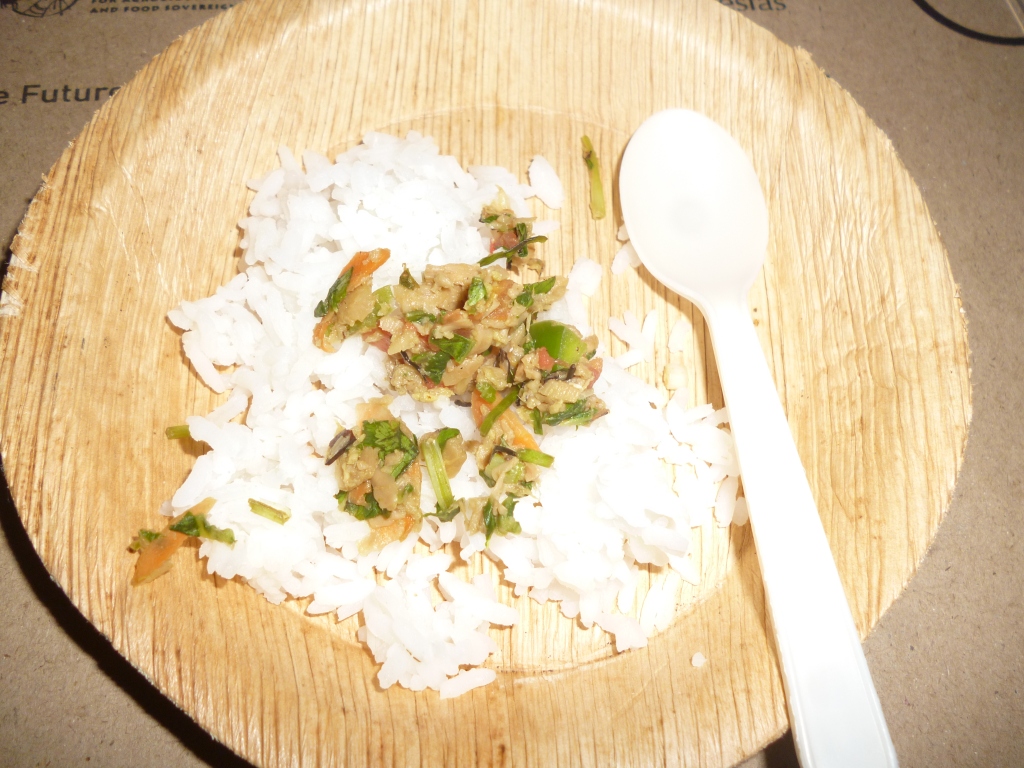 According to the FAO, insects are healthy and nutritious alternatives to mainstream staples such as chicken, pork, beef and even fish. Many insects are rich in protein and good fats and high in calcium, iron and zinc.

So, besides eating healthy, I was also eating something which is sustainable for the environment. With this feeling in my mind, I tasted Eri Silk worms.

Although, they did not look appetizing, the taste was similar to fried prawns.

Now, besides owning an Eri Silk bag, I also know what the worm looks and tastes like. 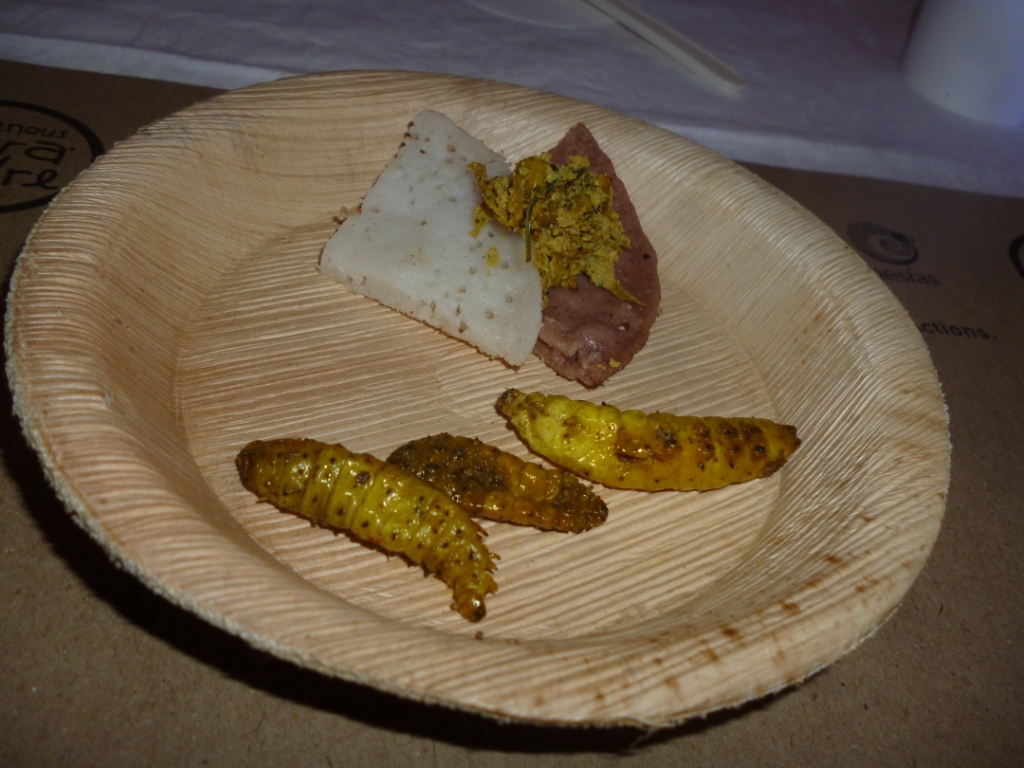 The next plate was the king of all dishes tasted so far. It consisted of carpenter’s worm. As it is the costliest of worms, it is also called the saffron of worms.

These worms cost around Rs 10,000 per kg. Besides this, there were fried edible spiders and honey bees. Although, I did not taste the latter two things, I ate carpenter’s worm. They tasted crunchier with a distinct aroma.

Insect rearing is not necessarily a land-based activity and does not require land clearing to expand production. Also, the ammonia emissions associated with insect rearing are far lower than those linked to conventional livestock.

As they are cold-blooded, insects are efficient at converting feed into protein. Plus, they can be fed on organic waste streams. Harvesting them is a low-tech, low-capital investment option that offers entry even to the poorest sections of the society.

By the end of the tasting workshop, I was left with two feelings. One was a sense of achievement for being adventurous with food and the other was a strong aroma in my mouth which did not subside for hours.

Some of my fellow participants started feeling ill after a while. Some of them went to the first aid unit while others rushed to washrooms to throw up.

Maybe, the insects did not like them. However, after taking anti-allergic medicines, most of them were up and running in no time to attend the next taste workshop.

I was still trying to figure out if the itch in my throat was because of those creepy-crawly things I had eaten or just a perception. 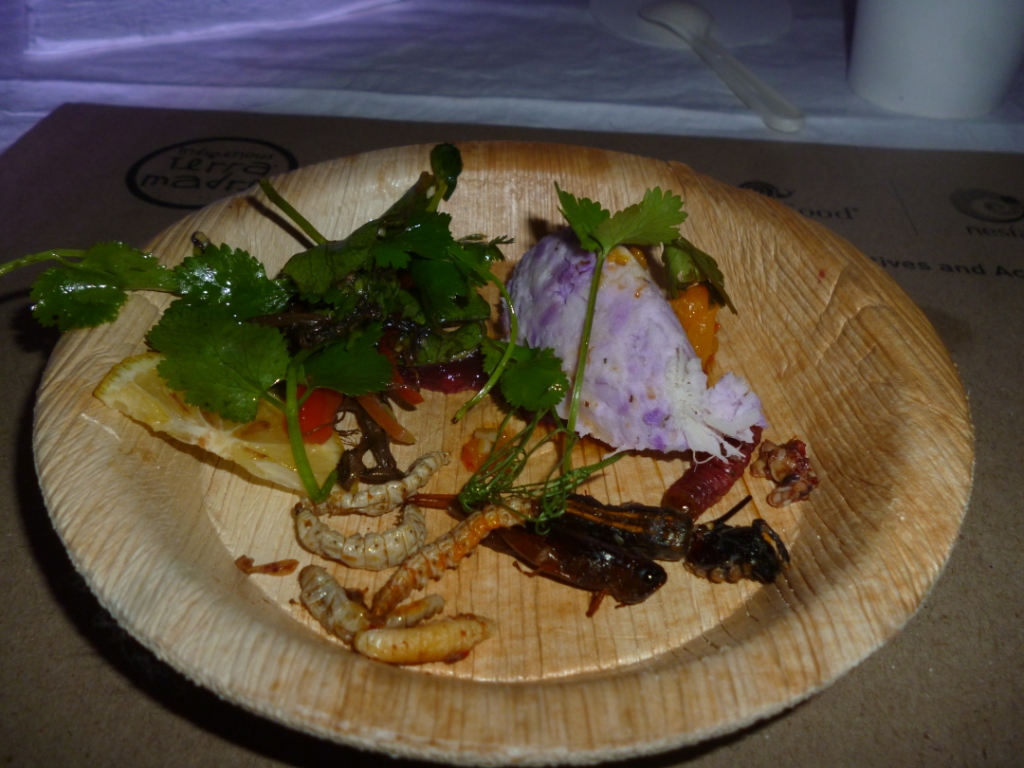