Their arguments have no meat 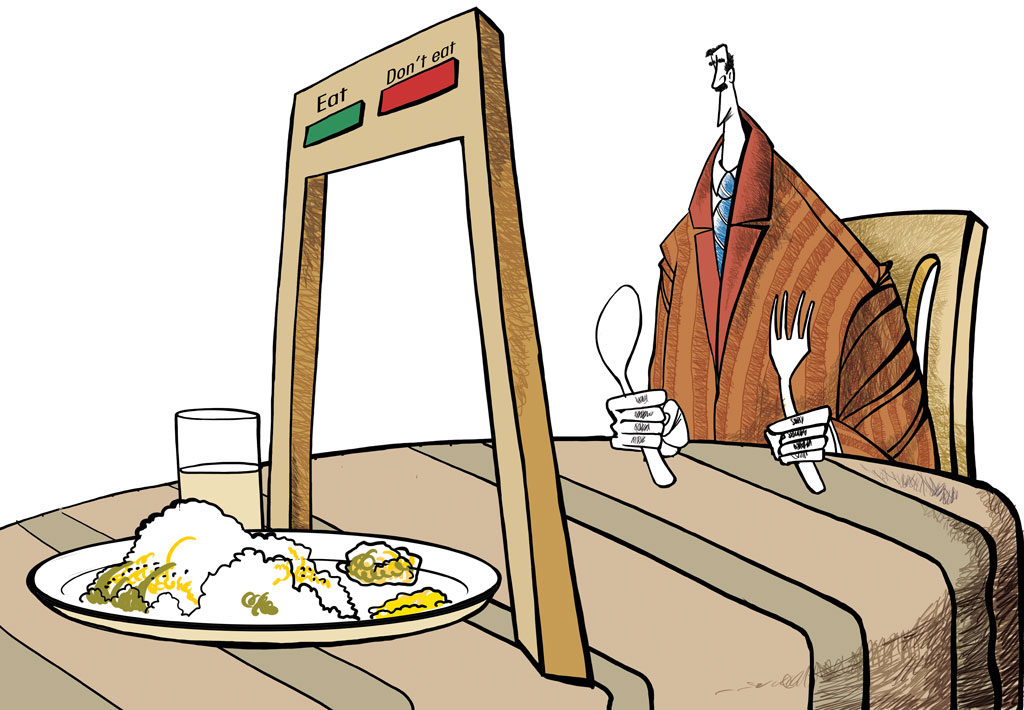 When the Bombay High Court asked the Maharashtra government’s lawyer why fish, seafood and eggs were not banned during the Jain festival, Paryushan, the reply was: “Fish die the moment they are out of water, so there is no slaughter involved.” Such moral fog is typical of vegetarian zealots and of the excuses made to cover up political acts. Vegetarianism is not possible without killing because farming involves clearing jungles that destroys the homes of thousands of species and kills millions of living beings in soil, shrubs and trees. It is indirect slaughter.

Ecologically speaking, farming requires negating the very progress of life on land, from annual grasses (wheat, for example) that are the first ones to appear on bared land or freshly created soil to perennial plants that establish a complex ecosystem, enriching soil. Annual grasses flourish during narrow windows of catastrophe like floods or fire that remove their competitors and are, over time, replaced by perennials. Farming creates and maintains that catastrophic state by not allowing perennials a foothold. The supremacist attitude of certain vegetarians comes from lack of this knowledge. Actually, any kind of food is not possible without violence because anything that eats is eaten. This is how life has organised itself. As English scholar and priest William Ralph Inge described beautifully, “The whole of nature is a conjugation of the verb ‘to eat’.” We can turn away from this fact and forever be in conflict with the world. We will alienate ourselves. Or we can accept it and participate in this great feast as a member of the living community. We will be at home.

Of late, the vegetarian lobby has become more aggressive in India. It is trying to dissuade meat eating. It wants everyone to eat their way; no fowl, no fish, no cow. From demanding separate dining halls for vegetarian students in IITs—to protect them from kusanskar (bad values)—to banning eggs in aganwadis and prohibiting beef, they have been at it. In the bitter debate that has ensued, it seems health—of humans, societies and the entire living world—matters little.

Meat (from nose to tail) is an optimal food for humans. Meat is what we have evolved craving for, even if not getting enough of it. It has shaped our physiology. All evidence—archaeological, ethnographic, isotope studies—shows that for more than 2.5 million years, until the agricultural revolution, humans have sustained primarily on animal fat and protein, with plants filling up the supply gap and as the fallback option during lean periods. While the amount our ancestors ate varied from very high in the Arctic to much less in certain tropical regions, meat was the food of choice.

That’s why maintaining good health on just plant foods is not easy. It requires careful planning and still one may struggle to get adequate amounts of fat soluble vitamins. Zinc and certain amino acids—including tryptophan that contributes to a sense of well-being by building the neurotransmitter serotonin—are also more conveniently available in animal foods.

Those who have studied the health of indigenous hunter-gatherers know they have rarely suffered from degenerative and chronic diseases. No cancer, no diabetes, no arthritis.

In the 1930s, Weston Price, a dentist from Ohio, and his wife travelled across the globe in search of cultures with perfect health. They sought out traditional hunter-gatherers, pastoralists and agriculturalists who were still eating the same way they had been eating for thousands of years. He found that the healthiest of these cultures highly prized nutrient-dense foods such as fish eggs, liver, bone marrow, raw milk and cod liver oil. Price also looked for indigenous tribes that achieved perfect health on an exclusively plant-based diet. He could not find one.

Health writer Denise Minger writes in her book Death by food pyramid: “The foods that may be the biggest treasure trove for human health, if Price’s findings are any indication, are ones that have been virtually eradicated due to cultural stigmas and fear mongering: organ meats and offal, high-cholesterol fish eggs and shellfish, insects, bones and bone marrow, and high-fat dairy from cows eating lush grass.”

Eliminating meat from diet inevitably increases our dependence on grains that come with their load of carbs and anti-nutrients. Nutritionist and founder of the Paleo Diet movement, Loren Cordain, writes, “There is a significant body of evidence which suggests that cereal grains are less than optimal foods for humans and that the human genetic makeup and physiology may not be fully adapted to high levels of cereal grain consumption.”

The idea is not to perpetuate the evolution-based dietary template forever, but to be instructed by it in understanding health. Being omnivores, our bodies are designed to process a variety of foods. Our ancestors have not just sought meat, they have made the best of what was available to them in their local environments, be it insects, sea animals and weeds, mammals, birds, fruits, leaves or roots. Human beings forever experiment and evolve newer options to suit newer circumstances. But no one orders a quick march of evolution through the force of pseudo-moral political arguments. With over a billion people to feed and millions malnourished, isn’t it in India’s interest to have a diverse food basket? It will allow optimal use of resources and flexibility in adaptation.

Diversity is the key to a vigorous living world

India’s rich food culture is a reflection of its diversity. And cultural diversity is no more seen as separate from biological diversity. Across the world, cultural hot spots overlap with biodiversity hot spots. It is widely accepted that cultural and biological diversity imparts a system the ability to withstand disturbances. The more diverse a system, the more its resilience. Already the global food supply has narrowed down to a few dozen crops and animal species, compromising our food security. Food fascism will take a further toll on our diversity, our flexibility to adapt, our resilience.

What is required is not a ban on slaughter, but taking good care of animals. Animals raised in the open and fed their natural diet—grass, not grain, for cattle—are a better source of nutrition. They can also be a source of joy, not anxiety, if one is willing to step into the web of relationships.