Vacuum in governance on genetically modified foods in India

FSSAI has so far dragged its feet on regulating GM foods. Its recent attempt to regulate the industry may do more harm than good as the draft regulations are too expensive and cumbersome to be implemented 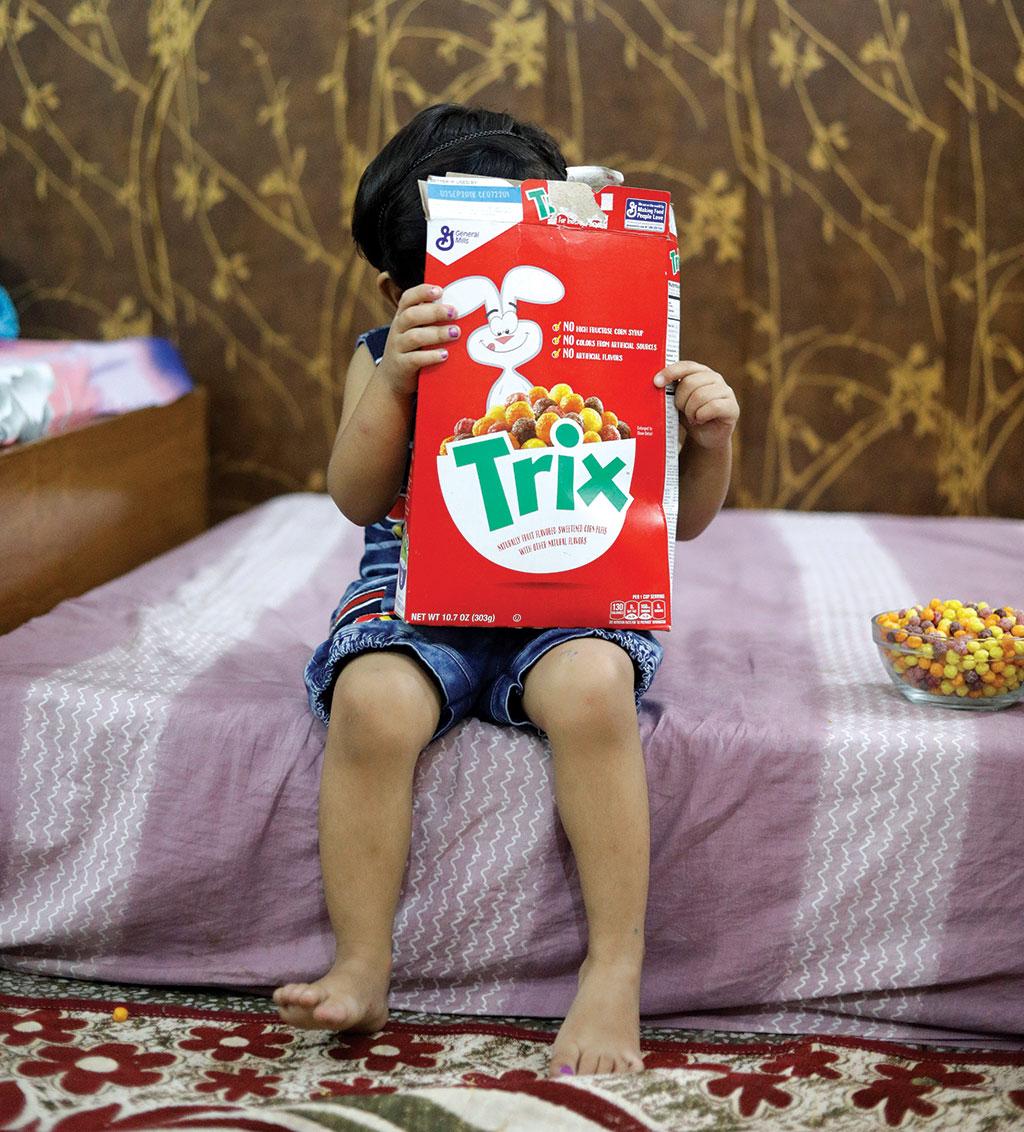 The latest study by the Centre for Science and Environment on the presence of genetically modified (GM) ingredients in food products available in the country also highlight the vacuum in governing GM crops and foods in India. So far, the government has been cautious in its approach while giving approval to commercial cultivation of genetically modified crops. This has majorly been made possible due to constant opposition from the civil society—approvals for cultivation of Bt brinjal and GM mustard were put on hold despite being recommended by the Genetic Engineering Appraisal Committee (GEAC), set up in 1990 under the Union environment ministry for approving commercial cultivation of genetically modified crops as well as manufacture, import and selling of processed foods made from GM ingredients. But cracks in the approval process for processed and packaged food products seem to have paved the way for the intrusion of Genetically Modified Organisms (GMOs) into the country.

Under Section 3 of the Food Safety and Standards (FSS) Act, 2006, “food” means any substance, whether processed, partially processed or unprocessed, which is intended for human consumption and includes genetically modified or engineered food or food containing such ingredients…” This shows FSSAI is the sole authority responsible for regulating genetically modified food products in the country. But since it was set up in 2006 under the Union health ministry, the authority has been evading responsibility, at least that’s what it seems (see ‘Government agencies evade responsibility’).

While FSSAI kept looking the other way, GEAC, between 2007 and 2015, gave approval to three genetically modified food products—Doritos corn chips, canola oil and soyabean oil. FSSAI also does not seem to have given much thought while setting standards or allowing import of food products. In 2011, FSSAI set parameters for cottonseed oil, cottonseed flour and allowed its use in vanaspati. But it did not put in place a system to ensure that the oil is not sourced from genetically modified cotton. In June 2017 and then in December that year, it approved import of 95 specialty food for inborn errors of metabolism and hypoallergenic conditions, without taking into account the possibility of such products being made from genetically modified ingredients. Similac Alimentum, which was found GM-positive by CSE, was given approval in June 2017.

In the meanwhile, in 2013 the Union Ministry of Consumer Affairs, Food and Public Distribution amended the Legal Metrology (Packaged Commodities) Rules, 2011 to mandate labelling of packages containing genetically modified foods with the term “GM”. “The guideline was for packaging only and is applicable to both domestically produced foods and imported ones. It was inserted to prevent the consumption of genetically modified food, which is harmful to human health,” says B N Dixit, director, weights and measure division (legal metrology department) in the ministry. The rules are inconsistent with the FSS Act, which has not allowed genetically modified foods in the country. In fact, a false perception has been created that such foods are allowed. Strangely, the Foreign Trade (Development and Regulation) Act, 1992 when read with the Import Policy of 2017 also provides for a penal action against the importer in case it is found that a food product containing GM ingredients did not declare so at the time of the import. So, has the Union commerce ministry taken note of the 12 imported food products that did not mention GM on their label but were found GM-positive by CSE?

Now, a futile attempt to regulate

So far, FSSAI has come up with draft regulations only for labelling of genetically modified food products. DTE analysis, however, shows that the draft regulations, FSS (Labelling and Display) Regulations, 2018, if implemented in its current form, could be self-defeating. It seeks to make labelling of genetically modified food mandatory. It, however, does not specify details related to size and colour of the text and placement of label. “All food products having total Genetically Engineered (GE) ingredients 5 per cent or more shall be labelled. The total GE ingredients shall be of top three ingredients in terms of their percentage in the product,” says the draft. While it does not spell out what the percentage is applicable to, an official with FSSAI, on condition of anonymity, informed DTE that the threshold limit is based on the weight of the top three GE ingredients in a food product.

Now let’s decode the jargon. Going by the proposed regulations, a 100 gram potato chips made using, say, Bt cottonseed oil or HT corn oil does not have to be labelled GM as long as the weight of the transgenic ingredients remain below 5g. This is extremely relaxed. This would allow products using single genetically modified ingredient in high quantities to pass off as non-GM. For instance, while producing a 100 g packet of potato chips, a manufacturer can use 15 g of non-GM oil and 4.9 g of GM oil, and yet evade labelling. In Brazil, a product has to be labelled even if the genetically modified ingredients exceed 1 per cent of the weight of the product.

In other words, the draft regulation that FSSAI has put forward is too expensive and too cumbersome to be implemented. FSSAI, therefore, will have to depend on the mercy of the manufacturers to “self declare” if their products contain genetically modified ingredients or not. And the 5 per cent weight regulation could become the route for GM products to legally enter the Indian market. All that the draft regulation seems to do is expose FSSAI’s lackadaisical attitude (see ‘Organic needs certificate, GM gets away’). “While the authority has set stringent regulations for organic food, it lets GM food pass off just by self-declaration,” says Bhushan.

What India must do

India has so far managed to contain the cultivation of genetically modified food crops. But GM foods have entered our food basket illegally via imports or due to the use of GM cottonseed oil from GM cotton, which was cleared by GEAC without specifying whether it could be used as food. FSSAI has still not taken a stand on this issue. It’s clear, FSSAI must get its act together to prevent illegality.

To begin with, the apex food regulator must identify all GM products being sold in the market and prosecute companies and traders responsible. “Safety assessment is central to GM-food approval process. FSSAI must set up such a system for both domestically produced and imported genetically modified food products,” says Bhushan. The assessment must be done on a case-to-case basis and not just on the basis of data provided by manufacturers and studies based on short term or poor design. The results should be put out in the public domain.

Considering that India does not allow cultivation of genetically modified food crops and it does not have adequate laboratories or resources to test GM, it should come out with a labelling regulation that is practical, affordable and stops illegality. India, therefore, must adopt stringent exemption limit and qualitative screening as an enforcement tool. Firstly, all products wherein genetically modified ingredients have been used must be labelled even if the final product does not contain GM DNA or protein. Secondly, threshold limit should be set only for those cases where GM ingredients have inadvertently entered the food product.

While the EU has the most stringent threshold of 0.9 per cent of GM DNA (per ingredient), Brazil also has set strict threshold limit of 1 per cent genetically modified ingredients (by weight) in the final product. Since quantification is a resource-intensive process, the Indian enforcement mechanism should be based on a qualitative screening of the GM DNA (such as through qPCR). The limit should be 1 per cent of GM DNA. The onus of proving unintentional presence, however, should be put on the manufacturer if the samples are found positive in the screening process.

Since English is not the preferred language in many parts of the country and most food packages are labelled in English, FSSAI must develop a symbol-based label along with text to make GM labelling consumer-friendly. Labelling can be on the lines of symbols, such as “dot in a square” used for vegetarian and non-vegetarian food; or the recently developed green “tick” along with the words “Jaivik Bharat” (for organic food). Similarly, GM labelling should be on the front-of-the pack. In addition, details of genetically modified ingredients used should be mentioned along with the other ingredients. To curb the availability of illegal genetically modified foods in Indian markets, FSSAI must set up laboratories to screen genetically modified foods, which will help in effective monitoring and enforcement.

India is at crossroads. It can either adopt a science-based precautionary principle approach to regulate genetically modified food or have a cavalier attitude and allow GM food based on bad science and bad regulations. The draft GM labelling regulations are based on bad science and impossible to enforce. It must be rejected. The fact is food is about health. Regulation is about building consumer confidence that the food sold to them is safe and healthy. This is the agenda. Health first. Not business.