Diseases that emerge from viruses are a threat to profitable tomato cultivation. In the absence of anti-viral products, management strategies rely chiefly on genetic resistance and hygienic practices to prevent the spread of viruses and the destruction of diseased crops.

Increasing international travel, along with seed trading, have enhanced risks. The consequent spread of newly introduced viruses and / or associated sap-sucking insect vectors — coupled with the changing climate — are potential threats.

The tomato is the most economically important vegetable crop across the world.

While India has become surplus in most agri-commodities, farmers often fail to get reasonable prices for their produce due to poor farm-infrastructures such as cold storage, processing, inadequate marketing support in domestic and export sectors.

Farmers are often victimised when there is bumper production, particularly for perishable commodities like tomatoes.

While growing the vegetable, it is a challenge for farmers to curb viruses. Hundreds of viruses infect tomato crops as new viruses keep emerging.

A new controversy emerged over a so-called Tiranga virus that allegedly invaded Maharashtra’s vast tomato belt in the past few months. The media wrongly claimed a correlation between this virus and the novel coronavirus disease (COVID-19).

Host-switching to humans and other animals from plant viruses has not yet been established. A clarification based on scientific scrutiny by the media must be expected in such cases.

The virus attacking tomato crops in Maharashtra has generated curiosity and panic: Between April and mid-May 2020, there were several news reports over the mysterious virus.

There is, however, no scientific acceptance for this claim yet.

The samples were from farmers in Kolwadi and Alandi areas of Pune district.

The samples were tested for seven viruses: 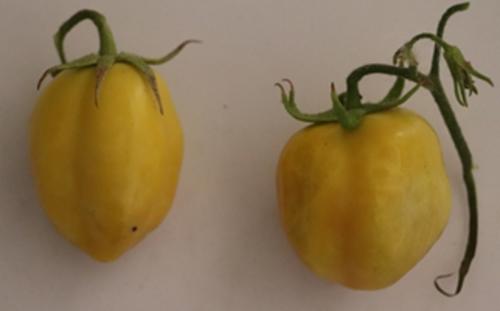 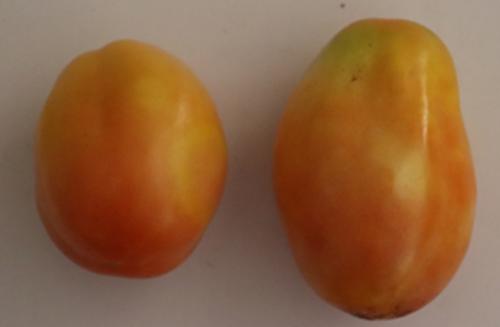 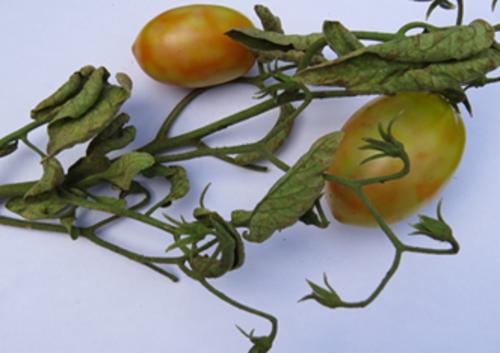 There are a set of good agricultural practices (GAP) that should be followed to curb the spread of viruses in tomatoes.

Label claimed pesticides (to be used for GAP)

Source: Gazette of India, No. 537, December 24, 2018. Maximum residue levels for these pesticides given in the gazette

Care for your cultivation

A vast array of viruses — more than a hundred — invade tomato crops. At least a dozen, however, are of serious concern. International travel and trade make it worse: When the climate is conducive on several occasions, the viruses infect simultaneously and cause complex symptoms and problems.

They are mostly transmitted by insect-vectors, whiteflies, thrips and aphids. They may also be caused by mechanical means — contact, farm equipment — and in some cases, via seeds. Proper care should, thus, be taken for crop hygiene. Like social-distancing that is a must in times of COVID-19, plant spatial-distancing in crops is also needed to avoid some virus diseases.

Rumour mongers somehow manage to spread fake news. Instead, consult agriculture institutes nearby and follow the advice of the Union and state government’s agriculture professionals. Rumours can also spoil the export potential of tomatoes.

These chemicals are fungicides or others, often without registration and label claims. There is no antivirus agent. These are merely aggressive marketing strategies carried out unscrupulously.

Be careful, when using pesticides: See if they are for insect-vector control or for fungal problems. Always follow labels strictly.

Gaps between governmental agencies and vulnerable farmers must be bridged as well to build on self-reliance.